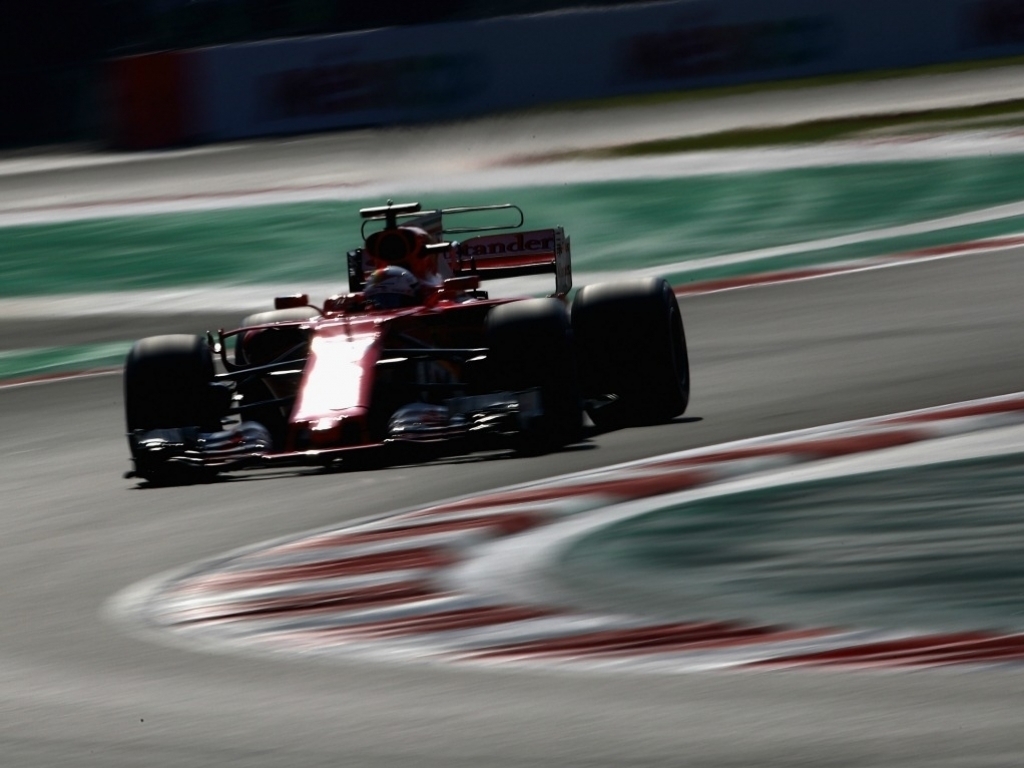 Sebastian Vettel landed a 50th career pole position and denied Max Verstappen a maiden P1 start in a thrilling qualifying session which saw an off-the-pace Lewis Hamilton have to settle for P3.

Verstappen was on provisional pole after a blistering lap in the first part of Q3, but Vettel denied him with his final attack which produced a time of 1:16.488 – just 0.086 seconds faster than the Dutchman who is being investigated for a potential block on Valtteri Bottas.

Hamilton will line-up on the second row of the grid alongside team-mate Bottas with both Mercedes cars four tenths slower.

Kimi Raikkonen and Daniel Ricciardo were never in contention in P5 and P7 respectively, as Esteban Ocon sandwiched himself in between for P6.

Q1 began with 19 cars after Pierre Gasly, who now has a 15-place grid penalty due to more engine parts being fitted after his FP3 blow-out, took no part in qualifying despite a last-minute scramble to get the car ready in time.

Hamilton set the early pace in Q1, pipping Bottas to top spot, but both Mercedes cars had started with the ultrasofts strapped on with Ferrari and Red Bull on the slower supersofts.

It was the usual suspects fighting to get out of the Q1 elimination zone, with the Sauber duo of Marcus Ericsson and Pascal Wehrelin joining Haas’ Romain Grosjean and Kevin Magnussen the early victims alongside Gasly.

Alonso caught the eye in the McLaren-Honda, setting the quickest middle sector on his last hot lap and was just two tenths off the pace overall in Q1 – which was good enough for P5.

There was more woe for Toro Rosso in Q2, with Brendon Hartley reporting “no power” and coming to a stop in sector two, where double-waved yellows ruined a bunch of laps including Verstappen’s first attack.

The Dutchman stayed out for a second run in the first part of Q2 and stormed to the top of the timesheet, going half a second quicker than anyone else with 1:16.524.

Only Vettel could improve to close to within three tenths of the Dutchman, while Alonso, Vandoorne – not bothering to run again in Q2 due to impending engine penalties – joining the stricken Hartley in the Q2 elimination zone.

Williams duo Felipe Massa and Lance Stroll only opted for one run in Q2, but neither could reach the top 10 shoot-out.

Verstappen and Bottas both back out of their first hot laps with the latter ducking back into the pits. The former, meanwhile, stayed out for a second lap and took provisional pole with a 1:16.574, two-and-a-half tenths quicker than Vettel in P2 with Hamilton a further tenth back in third.

Verstappen, who will be investigated by the stewards for a potential block on Bottas, could not find any improvement on his last hot lap, leaving Vettel to eek out just shy of an extra tenth and bag a milestone 50th career pole.
Qualifying timesheet