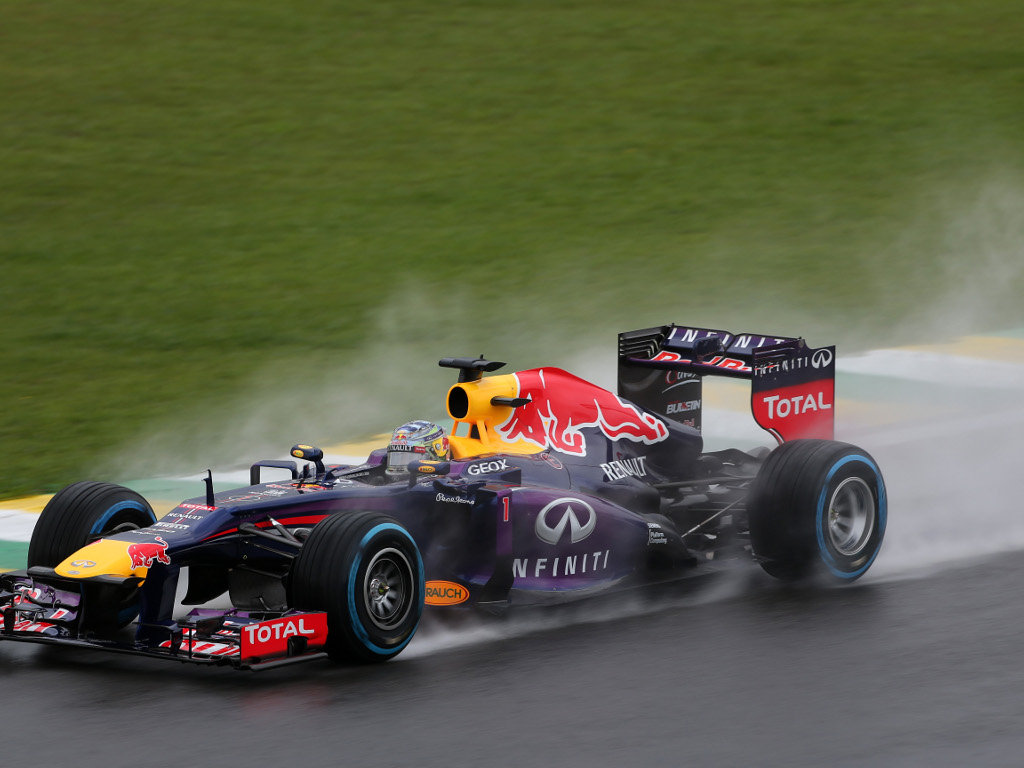 Sebastian Vettel claimed pole position at a wet Interlagos circuit where Q3 had to be delayed by 40 minutes due to standing water.

The four-time World Champion had no problem countering the wet conditions on Saturday as he crossed the line with a 1:26.479 to grab his ninth pole position of this season. Nico Rosberg was second, while Fernando Alonso brought his Ferrari home in third place.

Mark Webber qualified fourth for his final Formula One grand prix ahead of Lewis Hamilton and Romain Grosjean.