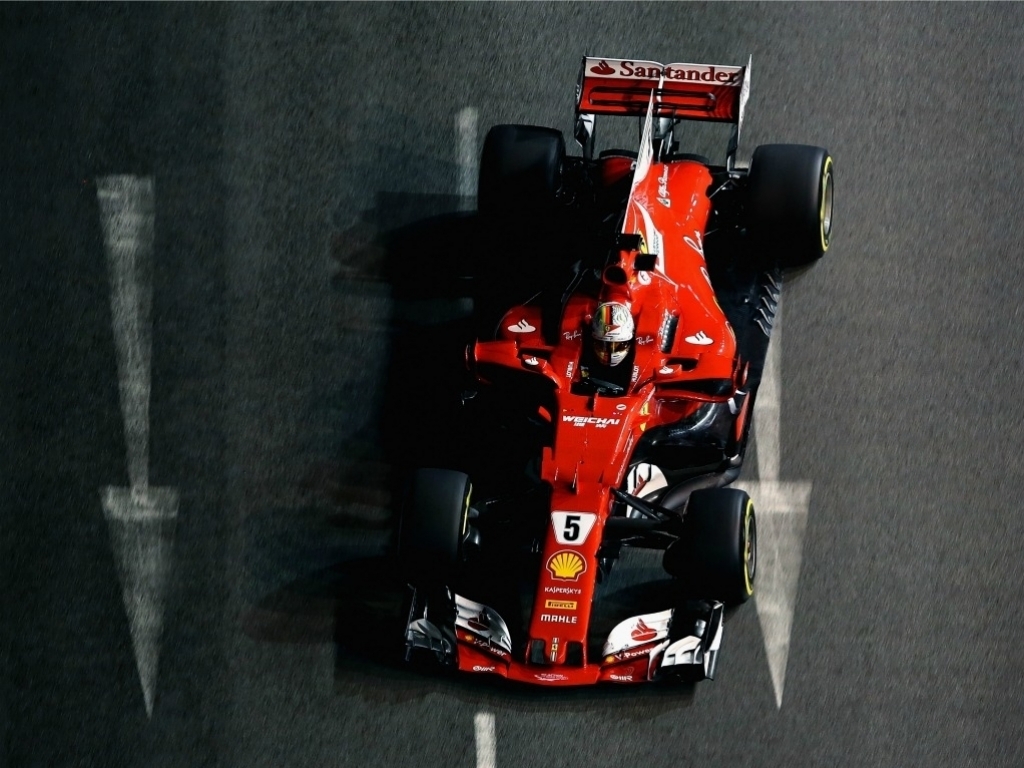 Sebastian Vettel came alive under the spotlights at the Marina Bay circuit, securing his fourth pole position in Singapore with a blistering track record.

Vettel improved with his final hot lap in Q3 and posted a stunning 1:39.491, three tenths clear of Max Verstappen and Daniel Ricciardo respectively in the pursuing Red Bulls.

Mercedes' fears of this narrow, street circuit came true with Lewis Hamilton having to settle for P5, one place behind Kimi Raikkonen in P4, and Valtteri Bottas limping home to take the second spot on the third row.

After topping the timesheets in every session ahead of qualifying, there was a late scramble in the Red Bull garage as the steering columns needed to be replaced in both of their cars. Ricciardo had hit the wall in FP3, while Verstappen's car was going through the gears itself in the same session.

But both cars managed to get out on track in time and take part in what was billed as genuine six-way fight for pole position.

It was Verstappen and Ricciardo who once again set the standard out in front in Q1, with both drivers dropping into the 1:42.0 barrier. Hamilton could only get to within four tenths in fourth spot, with Bottas, Raikkonen and Vettel all languishing behind.

Track conditions were dramatically changing all the time, exemplified by the likes of Fernando Alonso, also in the 1:42.0 range, finishing P3 and Carlos Sainz flying up to P4.

In the Q1 relegation zone, Williams suffered a double knock-out for the fourth time in six races, not helped by the fact that Felipe Massa picked up a puncture after tagging the wall on exit of Turn 21.

Joining the Williams cars at the back of the grid were Haas' Kevin Magnussen and the two Saubers of Wehrlein and Ericsson.

After the first hot laps of Q2, it was still Red Bull leading the way as Verstappen set a new track record with a 1:40.379 – a tenth and a half quicker than Vettel in P2.

The Mercedes car was in 'diva' at this point, with Hamilton and Bottas heading into the final hot laps of Q2, split by McLaren-Honda's Stoffel Vandoorne in P6.

Red Bull continued to extract the most pace from the track and, at the end of Q2, Verstappen was still top and with a new track record to boot (1:40.332).

Ricciardo was within a tenth and both Raikkonen and Vettel were within two tenths off the pace in P3 and P4 respectively. Hamilton climbed to within three tenths in P5, but Bottas was over a second slower down in P8.

Both McLaren-Hondas booked their spot in the top 10 shoot-out alongside the aforementioned Hulkenberg, Sainz and the usual suspects.

Verstappen was the first driver to drop into the 1:39 marker in Q3, but his thunder was quickly stolen by Vettel, who cranked up the engine, removed the sandbags and secured provisional pole with a stonking 1:39.669.

Ferrari and Red Bull were locking out the front two rows, with Hamilton in P5 and needing to find at least half a second to trouble the true front-runners heading into the final hot laps of the night.

Vettel proved to be simply unstoppable, though, stretching his advantage to three tenths and bagging his first pole position since Hungary and the 49th of his career.

Hamilton found improvement, but not enough to see him rise from P5 on the grid as the World Championship lead looks set to swing back toward his title rival.