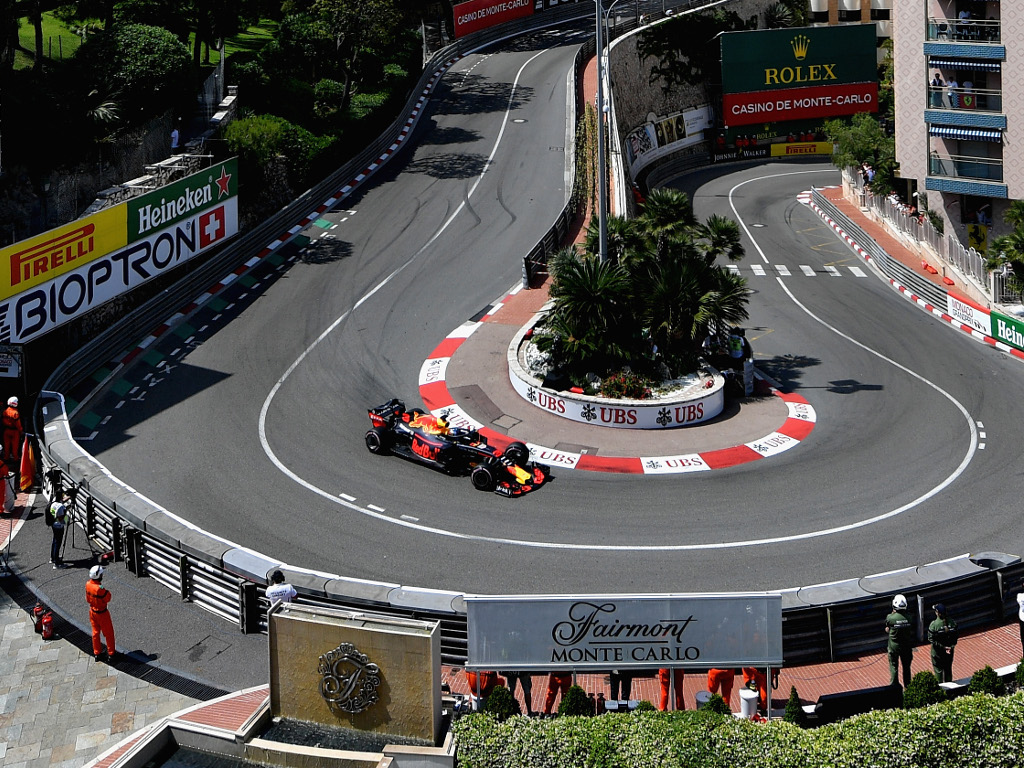 Daniel Ricciardo will start the Monaco Grand Prix from the highly coveted pole position while his team-mate Max Verstappen is firmly planted on the other end of the grid.

The Aussie prepared for Saturday’s qualifying on the streets of Monte Carlo knowing that he had just one true opponent, his team-mate.

However, Verstappen’s crash in final practice meant despite Red Bull’s best efforts he did not take part in qualifying.

The team had just about rebuilt his RB14 only to discover that the gearbox had been damaged and needed to be replaced.

That left it to Ricciardo to fly the Red Bull flag, and fly it he did.

He was quickest in Q1 and again in Q2 before laying down a blisteringly quick 1:10.810 as he dealt the first blow in Q3.

He was almost half a second up on Lewis Hamilton with Sebastian Vettel a further 0.002s down and Kimi Raikkonen 0.003s slower than his team-mate.

A second run saw Vettel move up to second place, 0.229s off the pace, while Hamilton improved his time but had to settle for third place.

It was, however, Ricciardo and his record-breaking 1:10.810 that claimed pole position.

Raikkonen was fourth ahead of Valtteri Bottas. Mercedes’ Finnish driver is under investigation for impeding his compatriot in the opening qualifying segment.

Esteban Ocon was sixth ahead of Fernando Alonso and Carlos Sainz while Sergio Perez and Pierre Gasly completed the top ten.

Charles Leclerc progressed to Q2 for the third race in succession as he qualified his Sauber in 14th place for his home grand prix.

Meanwhile Romain Grosjean qualified P15 but will drop three places on the grid after incurring a grid penalty for his antics on the opening lap of the Spanish Grand Prix.

Was there any need of saying fudge if you’re gonna swear anyway? 😅 #F1