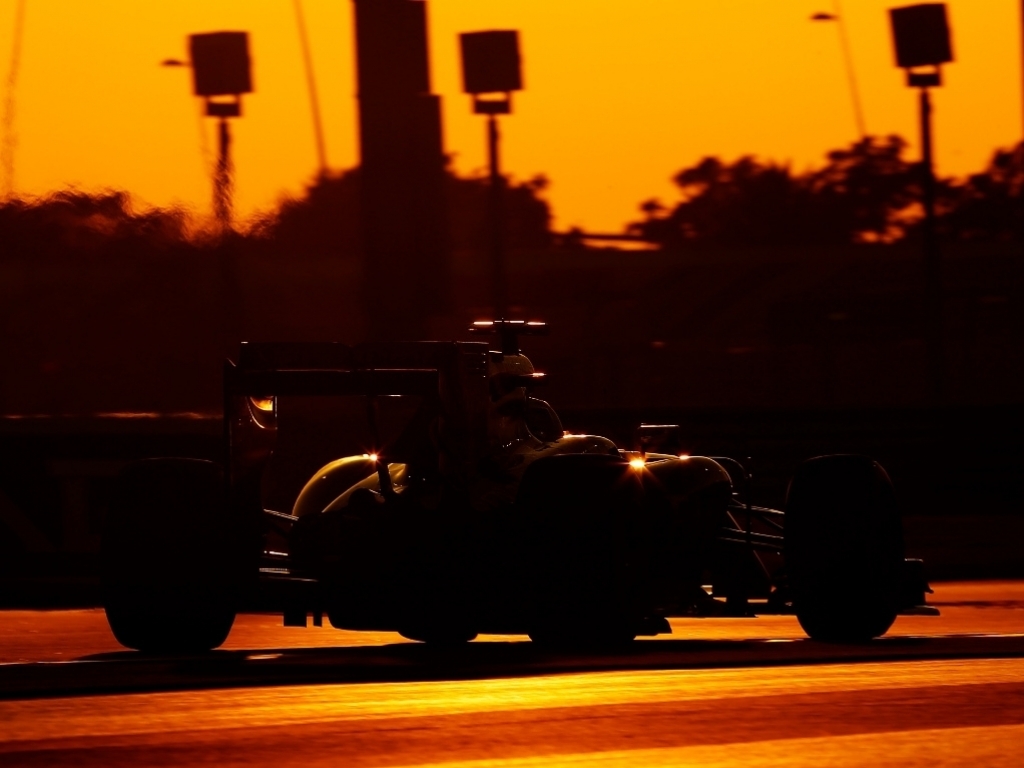 Will Merc ‘unleash’ their drivers, can Ferrari lay down a marker, Bottas or Kimi for P4 and more as we look ahead to the 2015 season finale.

Will Mercedes ‘Unleash’ Their Drivers?
“Strategy” was the buzzword after the Brazilian Grand Prix as Lewis Hamilton was left frustrated behind Nico Rosberg following the team’s decision to keep the status quo.

As Hamilton pointed out in the post-race interviews, Interlagos is not exactly a paradise when it comes to overtaking and the Yas Marina Street Circuit is another circuit that often frustrates drivers. Who can forget Fernando Alonso’s gestures at Vitaly Petrov in the 2010 title decider when he found himself stuck behind the Russian due to the poor timing of his pit stop and ended up losing the Drivers’ Championship in the process?

Only one driver has won in the UAE from pole with strategies often proving to be decisive. The 2012 race in particular was an interesting one with Kimi Raikkonen coming from fourth to win the race with Lotus while Sebastian Vettel started from the pitlane and finished third.

On the back of the Brazil drama, there have been calls for Mercedes to let their drivers “off the leash” for the season finale, but the chances of that happening are very limited.

Pirelli has opted for the soft and supersofts again and we should see the standard two-stop strategies with the lead driver getting first dibs.

Can Ferrari Lay Down A Marker For 2016?
Niki Lauda suggested ahead of the Brazilian Grand Prix that Ferrari’s engine is now on par with Mercedes’ power unit and Seb Vettel certainly kept the Merc drivers honest on race day.

There has been a lot of positive talk coming from the Ferrari camp on the back of that result, but as team principal Maurizio Arrivabene says “we are closer even now. We must be in front next year”.

They’ve already overachieved in terms of race wins this year and the Italian marque can give their rivals more food for thought with victory at the season finale in Abu Dhabi.

Rosberg To Join An Elite Group?
It felt like only a few weeks ago that Lewis Hamilton was looking to match Ayrton Senna’s record by claiming an eighth consecutive pole position at the Singapore Grand Prix.

Of course, Hamilton and Mercedes came up short as Vettel and Ferrari not only claimed pole, but also took the race victory.

Fast forward a few months and Nico Rosberg is now looking to join the likes of Niki Lauda, Nigel Mansell, Mika Hakkinen and Senna (twice) with six poles in a row. Alain Prost, Schumacher and Hamilton are on seven with Senna setting the standard at eight.

Or maybe Hamilton will deny him and finally claim the 50th pole of his career.

Bottas Or Raikkonen For Fourth?
Only one point separates Valtteri Bottas and Kimi Raikkonen in the Drivers’ Championship with the Williams man having the narrowest of edges over his compatriot.

Neither of them has been prepared to budge on the track which led to contact in Russia and Mexico and off the track they are also not giving an inch over who was responsible.

Raikkonen no doubt has the better equipment at his disposal given Vettel’s results this year, but Bottas just seems to get the job done.

Can Kvyat Keep Ricciardo Behind Him?
Not many people would have guessed at the start of the season that Daniil Kvyat would be ahead of Daniel Ricciardo in the Drivers’ Championship with only one race to go. In fact, many people had written the Russian off after he was soundly beaten by his Red Bull team-mate in the first five races, but Kvyat turned things around after the Spanish GP and has a 10-point cushion over his team-mate.

Over the course of the season, Ricciardo has generally had the upper hand in qualifying, but Kvyat has made it count on race day and finishing ahead of the Australian in Abu Dhabi will give him the bragging rights at Red Bull over the winter.

Ricciardo, on the other hand, needs to finish P5 or higher and hope his team-mate fail to pick up any points.