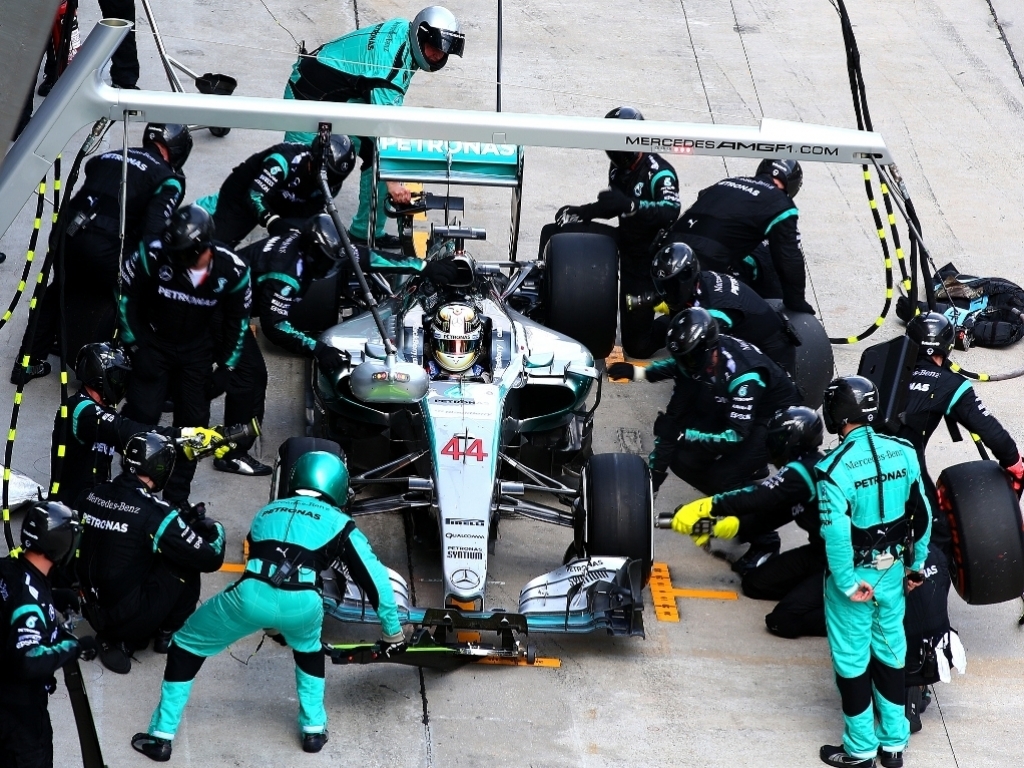 More power to McLaren and Ferrari, strategies, brakes and more as we look ahead to the Canadian Grand Prix.

Who Will Get Their Strategies Right?
The weather, crashes, safety cars and tyre strategies make for an interesting race in Canada and of course they are all interlinked. The weather is usually unpredictable and a few spots of rain can lead to a crash, which often results in a safety car and can ultimately change a team's strategy.

The word "strategy" is on everyone's lips following Mercedes' gaffe at Monte Carlo where Lewis Hamilton was on course for victory before the deployment of the safety car prompted the team to call him in.

Toto Wolff has basically admitted those on the pit wall made an error, but F1's race radio for Monaco made for some interesting listening.

Hamilton replies: "Are you sure it’s the best thing to stay out? These tyres have lost all their temperature. Everyone’s going to be on [super-softs] now.

There has been plenty of talk about Hamilton's confidence in the team taking a dent after the incident, but it doesn't look like the driver is completely blameless.

You'd expect Merc to tread carefully this weekend, which could result in them playing it too safe and opening the door for others to take advantage.

Ferrari on the other hand have shown that they are happy to mix up their strategies, like they did in Malaysia when Sebastian Vettel won.

Force India went for a one-stop strategy last year with Nico Hulkenberg (who finished P5) going soft, supersoft and team-mate Sergio Perez using the opposite strategy. The Mexican was in the hunt for the final podium spot until he was involved in an accident with Felipe Massa in the closing stages.

Will The Brakes Hold Up?
The brakes usually take a heavy beating at Circuit Gilles Villeneuve with cars going from 300km/h at the hairpin to about 60km/h all in the space of a few seconds.

Mercedes, Red Bull and Lotus, to name just a few, have all had brake issues this year already. Although Merc claimed a 1-3 finish at the Bahrain GP, both Lewis Hamilton and Nico Rosberg had brake-by-wire failures at the same corner with the latter losing out P2 to Sebastian Vettel in the Ferrari due to the issue.

Red Bull and Lotus have pretty much been hampered all season by brake problems and any small issue will take its toll on a circuit like Montreal.

Just How Much More Power Will McLaren And Ferrari Have?
The McLaren-Honda upward curve continued at the Monaco Grand Prix last time out with Jenson Button scoring their first points, but Circuit Gilles Villeneuve brings a different set of challenges and their Honda engine will come under scrutiny.

"Please give me the power," Honda chief Yasuhisa Arai said ahead of the Canadian Grand Prix and his wishes have been answered.

Everyone at McLaren has been pretty vocal about the "aggressive" aerodynamic development plans they have to come in Austria while the big Honda engine upgrade is set for Hungary.

But it is Montreal where they need the power as approximately 55% of the lap is spent at full throttle.

Both Honda and Ferrari have confirmed they have used their engine development tokens with the Japanese manufacturer using two and the Scuderia three ahead of the Canadian GP.

Alonso may have downplayed their chances saying "Canada will be complicated", but history shows that McLaren's car is always well-suited to the track with the team winning five races in the past 11 years, including three in a row from 2010.

If they get enough power, then it all indicates to a very good weekend for Button and Fernando Alonso, provided they can sort out their reliability woes of course.

Can Mercedes End Their Montreal Drought?
It's hard to believe, but Mercedes have never won a grand prix as a constructor at Circuit Gilles Villeneuve.

Rosberg and Hamilton locked out the front-row of the grid last year, but they suffered almost simultaneous MGU-K problems and Hamilton went on to retire due to a brake failure (not that again) later in the race. Daniel Ricciardo then overtook Rosberg on the penultimate lap to claim his first win.

Hamilton, though, has an impressive record at Montreal as he won there three times with McLaren in 2012, 2010 and 2007 and also started in pole on several occasions. In other words it is a track that he fancies and should do well at if he is given the right equipment and he should have that underneath him, especially if you take into account that Merc will use new power units for both Hamilton and Rosberg.

However, Canada is known for throwing up interesting results like Ricciardo's win last year or Robert Kubica's success with BMW-Sauber in 2008.

More Canadian Woe For Williams?
Valtteri Bottas warned that Williams can't afford to have another race where we are nowhere, adding that "somehow the slower the speed gets, we lose more downforce compared to the others".

The good news for Bottas and Felipe Massa is that the Circuit Gilles Villeneuve is pretty high-speed compared to Monaco, but their recent results in Canada don't make for pretty reading.

Bottas and Massa were solid in qualifying in 2014, but they could be in for another tough race day, especially if the likes of McLaren move up.

Who Will Kiss The Wall Of Champions?
Will any names (rookies or veterans) be added to the infamous list of drivers who have made contact with the Wall of Champions where drivers reach top speeds in excess of 310kph on the approach to Turn 15?

Of the current crop, Sebastian Vettel, Jenson Button and Pastor Maldonado have all crashed at the final corner.

Felipe Nasr, Carlos Sainz, Max Verstappen, Will Stevens and Roberto Merhi will all make their F1 debuts at the circuit this weekend so there is plenty of potential for a little brush here and there while Maldonado is also still in the field.

Will they make changes to the kerb at the exit of the final right-left chicane, which will result in a few more kisses? Time will tell.