Home Uncategorized Questions Ahead Of The Belgian GP 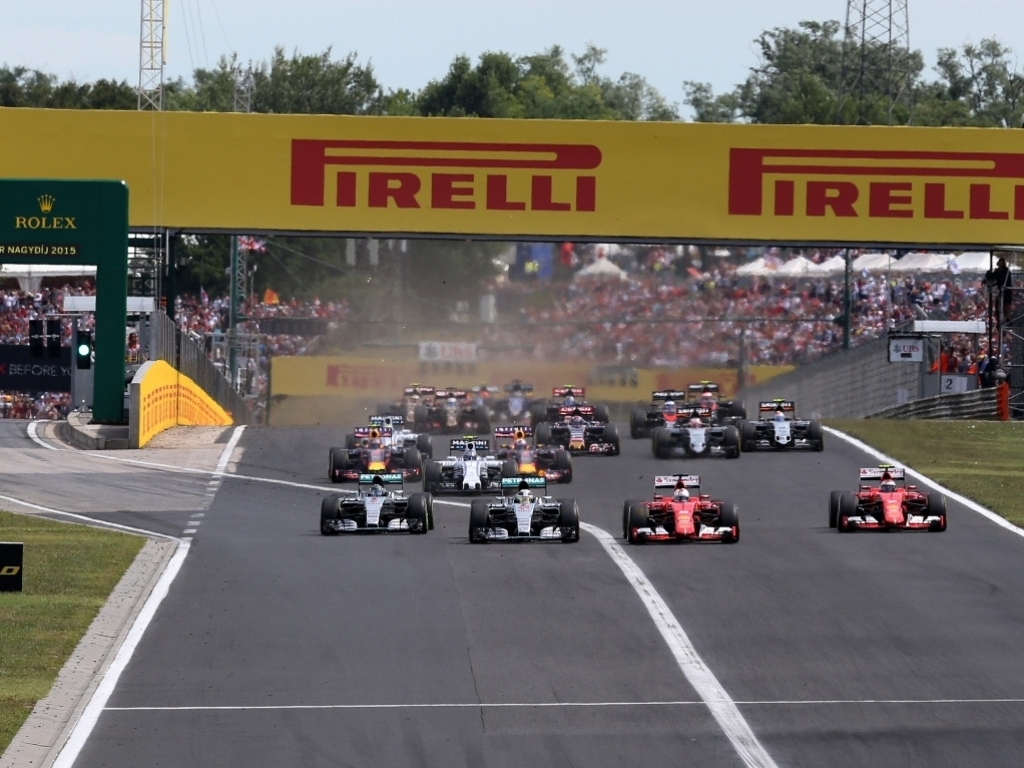 F1 eyes fresh start, McLaren look to turn the corner, Merc need to bounce back and more as we look ahead to the Belgian Grand Prix.

Is This The Start Of Something Exciting?
If the race starts at Silverstone and Budapest are anything to go by then Formula 1 fans will be in for a treat for the rest of the season as the new manual start procedures come into effect at this weekend's Belgian Grand Prix.

Remember how the two Williams cars darted past Lewis Hamilton and Nico Rosberg at the British Grand Prix and then Sebastian Vettel and Kimi Raikkonen's Ferraris left the Mercedes cars in their wake in Hungary last time out? We could be in for more of the same.

As of Spa, there will be a major clampdown on aids with the FIA announcing strict new rules that will put the power back into the hands of the driver.

The biggest change is the clutch bite point may not be altered once the car leaves the garage after the pitlane is open ahead of the race. Another will see communication limited and the pitwall may only relay "critical" information to the driver.

Lewis Hamilton has already admitted that he "expects more unpredictable starts. I imagine it is going to get worse. It’s not dangerous, it’s racing" while Max Verstappen says "it’s the same for everyone. You just have to deal with the rules".

Bring on the "unpredictable starts"!

What's Cooking At Mercedes?
Slow out of the blocks at Silverstone and just outright poor at the Hungaroring, are Mercedes having a mini mid-season slump?

Toto Wolff has admitted that Ferrari's victories at Malaysia and Hungary have been a wake-up call and Mercedes will be "more aggressive targets in terms of development, lap time targets and quality expectations" as a result.

Mercedes hit back with seven consecutive wins after Vettel stunned them at Sepang and they will aiming for a similar response after their Hungaroring nightmare.

Spa is traditionally a track where we see the true pace of most cars as the development game is in full swing so we should get a clearer picture as to whether or not Merc were just having an off day or have more serious problems.

Is It Really Game On In The Championship?
The Drivers' Championship is still Lewis Hamilton's to lose as he leads the standings by 21 points from Nico Rosberg but the Mercedes drivers are now forced to look over their shoulders as Sebastian Vettel is only 21 points adrift of second place.

Rosberg was asked after the Hungarian GP if he was too pre-occupied with Hamilton and forgot about their rivals and he replied: "We're always aware of our opponents, but naturally we are both fighting for the race win, so the focus [in Hungary], yes, was on Lewis."

Vettel's victory means the Merc drivers are now in a tricky position as it's definitely a three-horse race and they can no longer just focus on the inter-team battle.

Ferrari, though, really need to provide Vettel with a car where he can challenge for victories on all types of circuits.

Have McLaren and Honda Turned The Corner?
McLaren's MP4-30 will have a new-spec engine at this weekend's race with Honda also confirming they have used more of their in-season development tokens.

Of course in order for McLaren to reap the rewards of these changes they need to have a reliable engine, but Honda motorsport chief Yasuhisa Arai is confident they have ironed out those problems.

"I am confident our reliability problems are now behind us which means we can turn our attention to increasing power," Arai said, adding that "the most important area for us to concentrate on is the combustion" while "another issue we will be addressing is reducing mechanical friction by changing the gear-train system along with the combustion".

McLaren, especially Ron Dennis, have always maintained that their MP4-30 is fundamentally a fast car and it will "light up" once they sort out their engine woes.

A note of caution though, Spa – and Monza after that – is a power-hungry circuit so they might not yet see the full effects of the power unit changes, but if they do a credible job then McLaren-Honda might just have turned the corner.

Arai has also admitted Fernando Alonso and Jenson Button should brace themselves for more penalties while Eric Boullier says we might only "see the fruits of their labour" from Singapore onwards.

And What About Red Bull?
No one really saw Red Bull's double podium coming at the Hungarian Grand Prix, but Daniel Ricciardo and Daniil Kvyat were pretty solid in the build-up to the race.

Team principal Christian Horner, though, has played down their chances of similar success at Spa, saying their next best opportunity will probably be in Singapore before Renault's engine upgrade at Sochi.

Besides facing a huge shortfall in terms of horsepower compared to Mercedes, another area of concern for Red Bull is the engine penalty situation. Ricciardo took his fifth engine at the Austrian Grand Prix already and there are fears he could use number six at Spa. If not Spa, then probably Monza.

And The Rest?
Sauber could the big movers this weekend as their upgraded Ferrari-engine is expected to be introduced. Marcus Ericsson and Felipe Nasr have bemoaned the lack of upgrades over the past few months, but they will be given a big boost in Belgium.

The Hinwil squad have slipped to eighth in the standings, nine points adrift of Toro Rosso, so they need to get their act together if they are to finish higher, especially as McLaren in ninth are moving forward.

Meanwhile, Force India's B-spec car was introduced a while ago and they have confirmed that Singapore will be the next venue where they introduce major upgrades so fifth place in the standings remain up for grabs with Lotus and Toro Rosso also in the mix. Heck, even McLaren can still challenge for it.