Home Uncategorized Questions Ahead Of The Italian GP 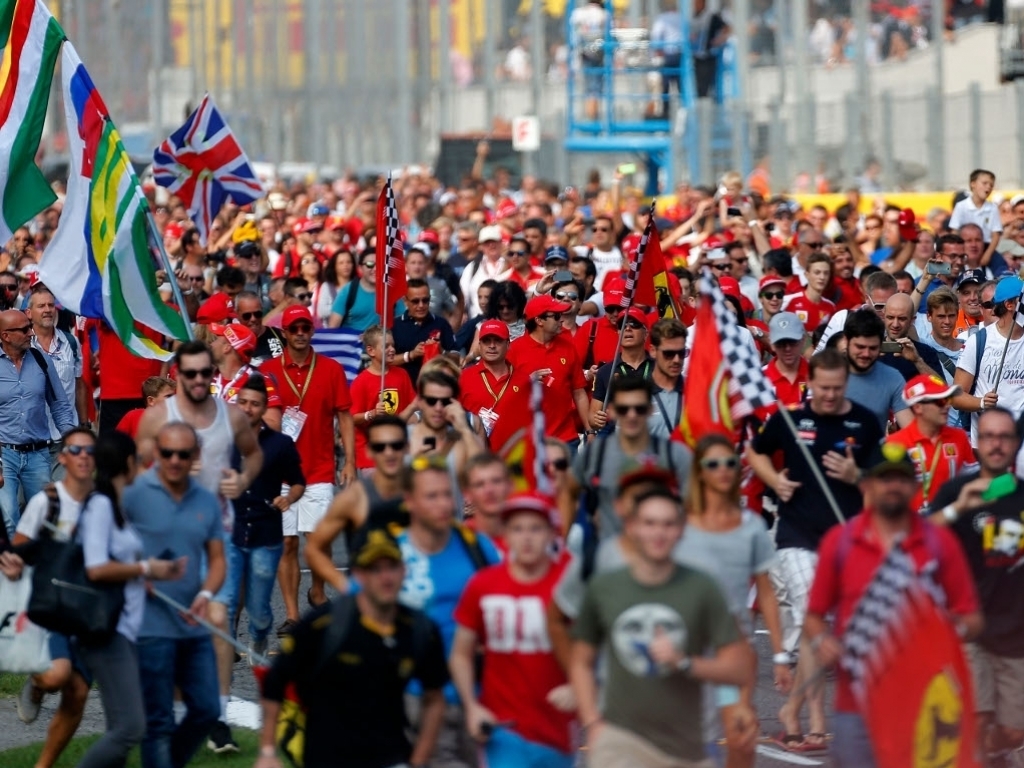 Can Nico pull the finger out in qualy, what next for Pirelli, are there signs of strains in Lotus/Maldonado relationship and more.

Can Rosberg Pull The Finger Out In Qualy?
Lewis Hamilton secured the 2015 Pole Position Trophy at Spa with his 10th P1 in 11 races and if he starts in pole position at Monza and Singapore then he will equal Ayrton Senna's record of eight consecutive poles in one season.

It doesn't make pretty reading if you are Nico Rosberg, especially when you consider the German won last year's Pole Trophy with 11 P1s, and naturally starting higher up the grid often means Hamilton finishes ahead of his team-mate.

Mercedes motorsport boss Toto Wolff has admitted that Hamilton "gets half the job done in qualifying on a Saturday". Hamilton will no doubt be chasing his boyhood hero Senna's record so Rosberg needs to up his game in qualy if he is to overhaul his team-mate in the Drivers' standings.

No 'Super Engine', But Will Ferrari Improve?
There are very few sights in sport more rousing than the Tifosi celebrating a Ferrari victory at the Italian Grand Prix. Think Michael Schumacher in his prime or Fernando Alonso back in 2010. Sadly Alonso's win was the last time we got to see these magnificent scenes and, if we are honest, the chances of a Ferrari victory this year is also pretty remote.

Ferrari remain the second best team on the grid behind Mercedes and even though they were not at their best at Spa, Sebastian Vettel was in the running for a podium finish before his tyre blew up on the penultimate lap.

Monza, like Spa, is power hungry high-speed circuit and these are the types of tracks where the difference in pace between Mercedes and the chasing pack becomes glaringly obvious. Ferrari, though, will upgrade their engine by using "a few" in-season tokens, but the last time they used tokens they actually didn't really move closer.

Team principal Maurizio Arrivabene has also warned not to expect a "super engine".

"We are working, but in Monza there will not be a 'super engine'," the Italian said. "We could spend some tokens, but they will be very few.

"So it is not worth talking about a super power unit, only an engine."

So when exactly will we see the big move forward that will result in Ferrari being able to compete on different types of tracks?

Will It Be Worth The Hit For Red Bull?
Red Bull played the underdog card ahead the Belgian Grand Prix and they are again using it for the Italian GP as they once again believe they will be a bit further down the grid due to the nature of the track. However, Daniel Ricciardo was in the mix for a podium before his car came to a halt while Daniil Kvyat eventually finished fourth.

This came on the back of the double podium finish at Hungary and power unit supplier Renault feels "while there is room for improvement on reliability, on the performance front we are back in the fight for podiums".

Podiums could be out of their reach at Monza as both Red Bull drivers are set for grid penalties for engine changes with the team in favour of taking the hit in Italy as they don't "want to be going into Singapore with old engines or any risks as that is really our next chance to shine", according to team boss Christian Horner.

What Next For Pirelli?
One week they are complaining that tyres are too durable and the next teams actually want the rubber to last for more than half a race. Pirelli really find themselves between a rock and a hard place.

Monza is very similar to Spa so the soft and medium compounds will once again be available for the race, which differs from last year as the hard and medium rubber were the tyres of choice with Hamilton winning in 2014 with a one-stop strategy.

However, the Italian manufacturer believes this year's choice "opens up interesting possibilities for race strategy".

Sebastian Vettel and Ferrari attempted to do a one-stop strategy by going soft-medium at Spa and Pirelli believes that "with the two compounds potentially quite closely matched in terms of pace, this opens up a few options".

Pirelli really need a "quiet" race with no incidents just so that things can calm down, but on the long-term the Spa debacle may have damaged their chances of keeping the F1 tyre contract. Or who knows, maybe the company has had enough.

Are There Signs Of Strains In The Lotus / Maldonado Relationship?
Make no mistake, Pastor Maldonado has been extremely unlucky on a number of occasions this season, especially during the earlier rounds, but the patience at Lotus must be starting to wear a bit thin now.

First he made a mistake during FP2 at Spa and ended up in the barriers and then on the Sunday he was forced to retire after hitting the kerbs. Maldonado initially believed it was a mechanical failure but the team later confirmed that his DNF was "self-inflicted" with technical director Nick Chester explaining that "he had a big excursion at Eau Rouge and hit some kerbs very hard which gave the chassis a 17G impact" and probably "damaged the clutch control valve".

Teams don't usually go through so much trouble to explain the reason for a retirement, especially when it was driver error, and the pressure must be building on Maldonado.

With the Renault takeover edging closer and closer, Maldonado has to know that his sponsorship money might no longer be good enough to keep him at Enstone. He can no longer afford to make these mistakes and needs to start delivering from Italy onwards if he wants to have any hope of being back on the grid in 2016.

Will Sainz's Fortunes Turn?
You can't help but feel sorry for Carlos Sainz. Four retirements in his last four grands prix through no fault of his own. In those four races his Toro Rosso team-mate Max Verstappen's results read: P8, DNF, P4, P8 (after starting 18th). Verstappen finds himself 10th in the standings with 26 points on the back of those results while Sainz is P17 with only nine points.

And things won't necessarily get better for the Spaniard at Monza as he is due for a 10-place grid penalty as he will change some components on his engine.

It's a cruel sport, but there is no better way to bounce back then coming through the field. Let's hope his machinery holds up.