Home Uncategorized Questions Ahead Of The Japanese GP 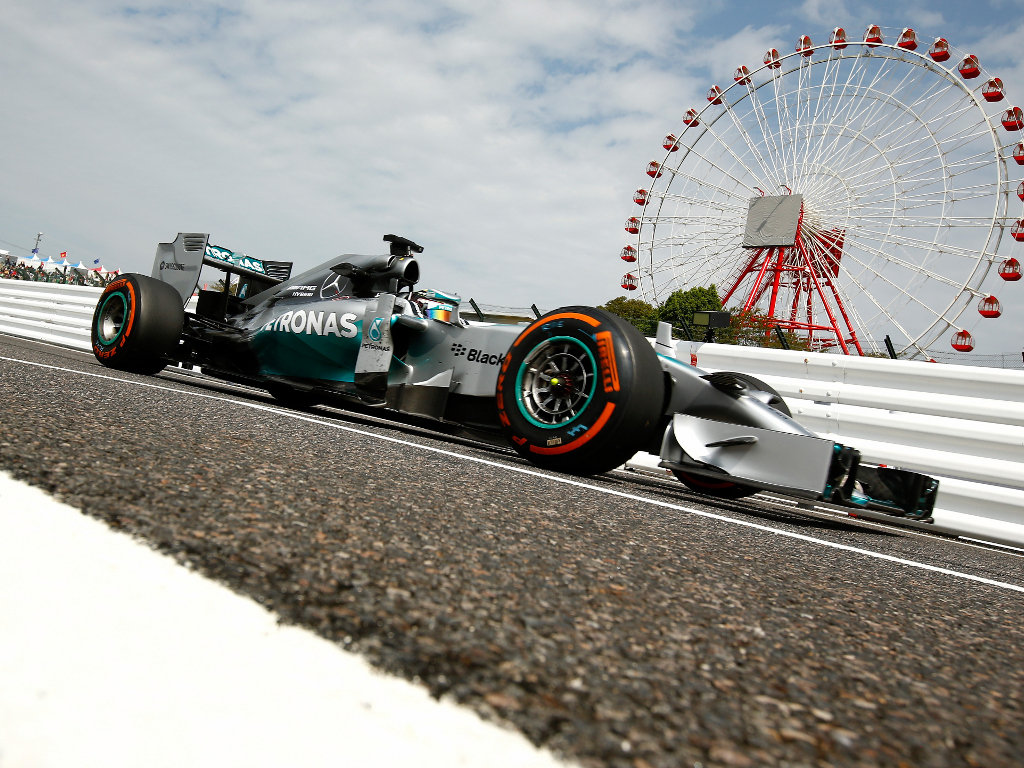 Was Ferrari’s display a one-off or the start of something special, is it game on for the title, will Button wave goodbye, the weather and more.

Formula 1 will make an emotional return to Japan, the place where Jules Bianchi suffered severe head injuries last year that would ultimately cost him his life. The thoughts of everyone involved in the sport will once again be with his family, friends and colleagues.

But his colleagues will be the first to admit that once they step into the car they can only think about racing, so here’s the questions ahead of this weekend’s race.

One-Off Or Start Of Something Special?
Before the race weekend in Singapore it was quite clear that Mercedes had the best engine on the grid, but the manner in which Ferrari and Sebastian Vettel tore away from them in qualifying was very impressive indeed.

Of course Ferrari used some in-season engine development tokens ahead of the Italian GP and team principal Maurizio Arrivabene warned not to expect a “super engine” at Monza, but they were just 0.234s off Lewis Hamilton’s pole time at their home race.

Perhaps we saw the “super engine” at the Marina Bay Street Circuit as Vettel was a full 1.4s clear of the first Mercedes in qualifying. That’s a HUGE margin when you take into account that at several races this season Merc were nearly a full second ahead of their rivals in qualy.

Suzuka is known to be very demanding on both the chassis and engine and we should finally get a full reflection of what’s going on.

Can Merc Turn It Around Quickly?
No one is quite sure what happened with Mercedes in Singapore and even Lewis Hamilton and Nico Rosberg have admitted that everyone at Brackley and Brixworth is scratching their heads over their troubles.

Some conspiracy theories claim they turned the engine down to “mask the power of their new upgraded engine” while others believe they are struggling with the new tyre pressure limits introduced by Pirelli.

Although he admits they don’t know what happened, Toto Wolff has dismissed the different theories, adding it is quite clear that their problems are down to the tyres.

“It’s the tyre. We’ve spoken to the drivers and the degradation is just massive – unexplainable for us.”

Well they have had a week to get to the bottom of things. If they don’t then things will get really interesting.

Is It Game On In The Drivers’ Championship?
Lewis Hamilton remains clear favourite to win the 2015 Drivers’ title as he has a cushion of 41 points over team-mate Rosberg while Vettel is another eight points adrift in third place.

However, he can’t afford to get too comfortable as Mercedes have now had issues in three of the last four races. Hamilton admitted he produced one of his worst displays in Hungary, while at Monza and Singapore there were mechanical problems.

Another retirement coupled with a Vettel or Rosberg victory and suddenly it’s all to play for again.

Is This The End For Button Then?
If reports are to be believed, then Jenson Button will announce his Formula 1 retirement in Japan, a place he has a special affinity with. It will mark the end of a 16-year career in F1 that has seen plenty of ups and downs.

The biggest high was no doubt the fairy tale story of 2009 when he won the Drivers’ Championship with Brawn GP, but the last three years, especially the 2015 campaign, will probably rank as his lows.

Let’s be honest, McLaren have been rubbish this season and it’s embarrassing to see two former World Champions in Button and Fernando Alonso struggle at the back of the grid. Button has admitted that the joy has gone of Formula 1 due to the team’s struggles at the wrong end of the grid.

It’s probably not the goodbye Button had in mind, but at least he is going to keep it classy by quitting before he is pushed out. Also unlike McLaren’s tardy mess last year when they waited until the last minute to confirm their drivers, the Briton have made a decision long before the season is over. Not only giving McLaren enough time to think about their 2016 line-up, but also putting his mind at ease for the final six races of the campaign.

What About The Weather?
Conditions at Suzuka are always interchangeable and early weather forecasts suggest there is a possibility of rain on the Friday, Saturday and the Sunday. Everyone knows that a wet track makes for a very interesting race. Bring it on.

And The Rest?
* Now that his future at Lotus has been confirmed, Pastor Maldonado really needs to get his act together. Sure Lotus have had mechanical problems, but he hasn’t looked decent on track in recent races. It’s becoming too much, even for his own colleagues.

* After showing some nerves during FP1 that resulted in him making into the barriers, Alexander Rossi enjoyed a solid race weekend in Singapore and even beat Will Stevens in made grand prix despite losing radio communication. Before he was dumped, Roberto Merhi also seemed to get the better of Stevens on a regular basis. It may not be for a World title, but it’s nevertheless an interesting battle at the bottom of the grid.

* The other rookie battle over at Toro Rosso has been pretty amicable up until the Singapore Grand Prix, but you have to wonder if Carlos Sainz will change his approach after Max Verstappen’s big fat “no” to team orders.