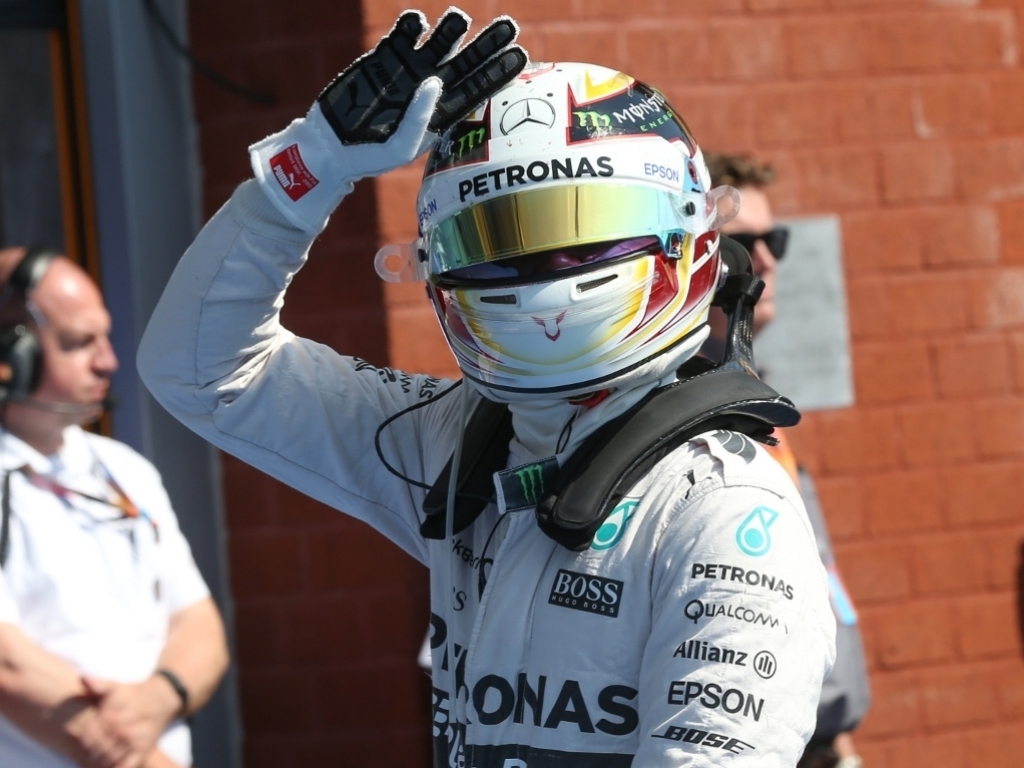 Lewis Hamilton cruised to the Belgian GP victory as a sluggish getaway for Nico Rosberg meant he lost too much ground at the start to challenge.

It was a mixed start to the grand prix for the Mercedes pairing as Hamilton made a perfect start with the new clutch rules while Rosberg was swamped off the line.

While Hamilton built up a lead of eight seconds, Rosberg was forced to work his way through the field, picking off Valtteri Bottas, Daniel Ricciardo and finally Sergio Perez to run the 1-2 behind his team-mate.

Hunting down Hamilton, Rosberg was just three seconds behind when the Virtual Safety Car was deployed, the result of Ricciardo breaking down on the start/finish straight.

And although the gap was down to two seconds when racing resumed – with Hamilton pointing out that "Nico is closer" than he was when the VSC began – laps later the Brit was leading by a comfortable margin of five seconds.

He briefly relinquished the lead to Rosberg when he came in for his final stop but with the German pitting a lap later, Hamilton was almost immediately back in front, five seconds up the road, and on course for a second Belgian GP win.

He took that by two seconds ahead of his team-mate and in doing so extended his advantage in the Drivers' Championship to 28 points.

Romain Grosjean was the surprise package on the podium as the Frenchman launched a late attack on Sebastian Vettel. Less than half a second behind the Ferrari driver, who was attempting a one-stop, Grosjean was helped into third place on the penultimate lap when Vettel's right-rear let go. Vettel was classified P12 despite finishing the race in the pits.

Daniil Kvyat was fourth as he put his fresher tyres to good use to pull off late passes on first Felipe Massa and then Perez. Massa tried to follow Kvyat through on the Force India driver but was not able to and they finished fifth and sixth in Perez's favour.

Kimi Raikkonen was seventh ahead of Max Verstappen and Bottas, whose race was undone by a drive-through penalty, the punishment for his team putting one medium tyre and three softs on in his first stop. Marcus Ericsson completed the points.

The race was reduced to 43 laps as the drivers took the formation lap twice due to car troubles for Nico Hulkenberg. He reported "no power" on the first formation lap but still took to the grid where he stalled. That resulted in a second formation lap and a retirement for Hulkenberg.

Pastor Maldonado added his name to the list when his Lotus slowed with "no engine." He was P7 at the time. Carlos Sainz was the day's final retirement as the Toro Rosso, who had power issues throughout the race, finally parked it on lap 36.