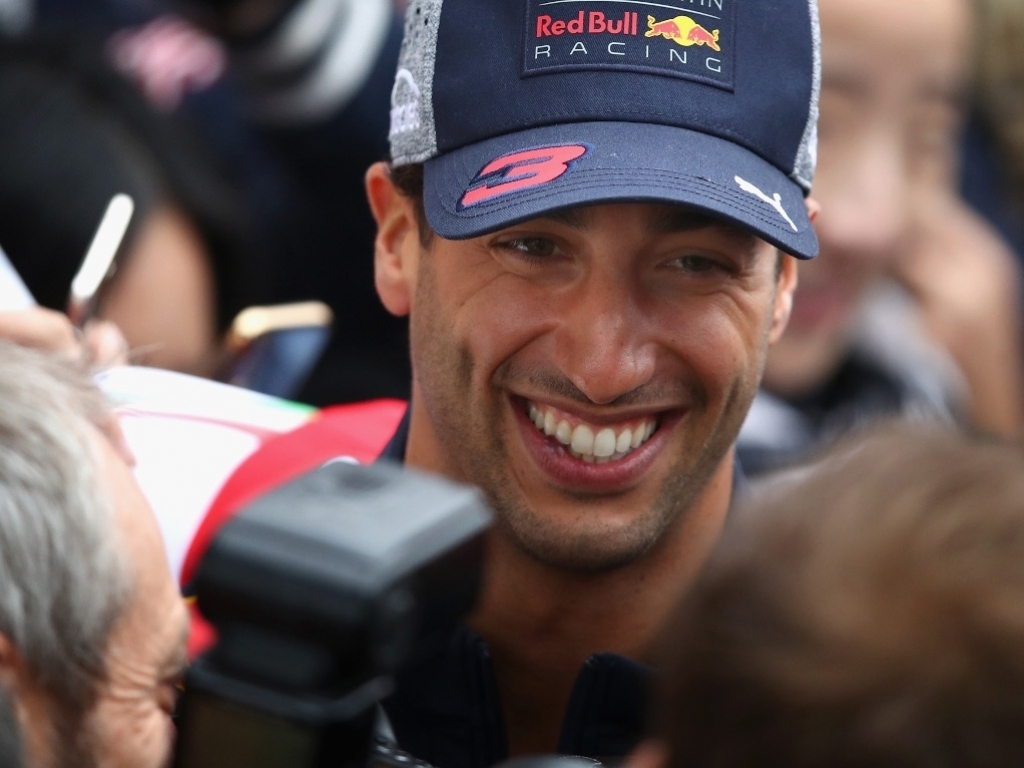 It looked to be Ferrari versus Mercedes but a gamble a second time for fresh tyres behind a Safety Car meant Daniel Ricciardo came through to snatch the Chinese GP win.

While the early stages of the race were all about Sebastian Vettel versus Valtteri Bottas, a Safety Car just past the midway point of the grand prix upped the ante.

Vettel was leading in the opening stint, only for the under-cutting Bottas to beat him out of the pits by 1.3s as they came in for their only and one stop of the afternoon.

Ferrari tried to use Kimi Raikkonen, who had yet to stop, as a bollard to hold up Bottas. However, the Mercedes driver was not blocked for long, passing Raikkonen down the inside at Turn 3, before Vettel also shot past his team-mate.

Then Brendon Hartley and Pierre Gasly changed the game.

The Frenchman dive bombed his team-mate despite there being no gap and with Toro Rosso bodywork spewed all over the track, the Safety Car came out.

Red Bull reacted, double stacking Max Verstappen and Ricciardo drivers, while Bottas and Vettel weren’t able to given they had just passed the pit entrance.

When the race resumed on lap 36, Bottas got a good start ahead of Vettel and Lewis Hamilton, however, the advantage was all Red Bull’s with their fresh ultrasoft tyres.

But as one Red Bull shone, the other clashed.

Verstappen tried to pass Hamilton around the outside but instead almost bumped wheels and went off the track. Ricciardo showed him how it is done, coming from absolutely nowhere to cleanly pass Hamilton.

The Aussie’s next target was Vettel. It took him a few laps to close and just a couple of corners to pass as he slipstreamed him down the back straight.

Verstappen also tried to overtake the Ferrari driver but hit him, pitching both into a spin, letting Hamilton and Raikkonen through.

“I don’t think I need to say anything here,” said a disgruntled Vettel. Verstappen was slapped with a 10-second time penalty.

Back at the front Ricciardo raced up to race leader Bottas’ rear wing before he squeezed up the inside to lead, and win, the Chinese Grand Prix.

Bottas was second while Raikkonen recovered from his bollard job to finish third ahead of Verstappen and Hamilton.

Verstappen, though, dropped to fifth behind Hamilton.

Nico Hulkenberg was sixth ahead of Fernando Alonso, who clashed with Vettel in the closing stages to barge past and take a position off the Ferrari driver, Vettel, with Carlos Sainz and Kevin Magnussen rounding off the points.