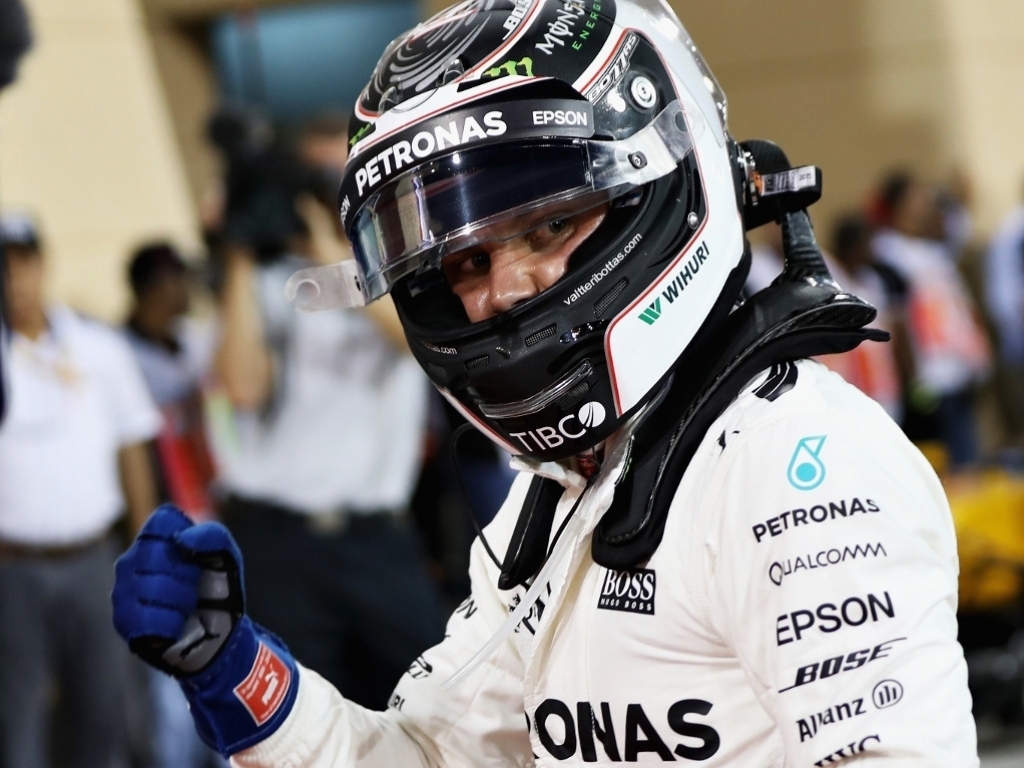 Valtteri Bottas wrapped up the 2017 season with a race win in Abu Dhabi as he beat Lewis Hamilton, however, it wasn’t enough to secure him second place in the championship as Sebastian Vettel was P3 on the day.

Valtteri Bottas, needing the win to stand any chance of claiming second in the championship ahead of the Ferrari driver, did all he could to achieve that on Sunday. As the sun began to set over the Yas Marina circuit, the Mercedes driver made a solid start from pole position while Lewis Hamilton came across to cover Sebastian Vettel – the top three on the grid, the top three in the running.

Daniel Ricciardo, Kimi Raikkonen and Max Verstappen had a brief battle on the opening lap only to run in their exact grid order. In fact the top 12, Bottas to Carlos Sainz, were all in the order in which they qualified.

Lance Stroll and Romain Grosjean provided the early excitement as the Haas driver tried to attack the Williams rookie for P13. He got his nose ahead a couple of times only for Stroll to fight back. Grosjean made it stick on lap 12, Stroll came back at him, but after some extremely close wheel-to-wheel racing, P13 belonged to Grosjean. And that was the only good battle in the opening stint of the 55-lap race.

15 laps in Verstappen was the first of the top six to pit while Hamilton was the last in on lap 24. They came out in the same order that they pitted barring the loss of Ricciardo. He surprised Red Bull as he pitted without warning after hitting the wall and suffering a suspected puncture only to retire shortly after with a hydraulic issue.

Bottas and Hamilton were perhaps a bit closer after the pit stop than the Finn would have wanted as Hamilton ran longer in the first stint and was close to passing his team-mate. But, with traffic in the way, Mercedes pitted him and it was Bottas leading by two seconds. The Brit was having none of that and ran down Bottas to sit less than a half a second away from his rear wing only to then lose a bit of ground as Bottas’ tyres came to him.

Meanwhile Sainz’s grand prix ended on lap 33 when he left the pits with a lose front left wheel. It was evident as he went through the tunnel that the wheel was lose, almost putting him into the wall. He tried to continue but pulled over onto the grass, race over.

Back at the front the gap between Bottas and Hamilton fluctuated between one and two seconds while Vettel continued to lose ground to the Mercedes drivers.  Verstappen began to close up on Raikkonen only to run wide, lose ground and struggle to recover.

Kevin Magnussen, Pascal Wehrlein and Brendon Hartley put on the late race excitement as they fought over 13th place, running nose to tail for several laps. However, the Haas, running a 2017 Ferrari engine, had too much grunt for the Sauber and its 2016 Ferrari power unit.

As the race, and the 2017 season drew to a close, Bottas raced to the victory – his third of this season – ahead of Hamilton. Vettel in third was a whopping 20s off the pace.

Raikkonen was fourth ahead of Verstappen while Hulkenberg claimed sixth place on the day. His eight points and Toro Rosso’s lack of points meant Renault leapfrogged their customer for sixth place in the Constructors’ Championship.

Sergio Perez and Esteban Ocon secured yet another double points haul for Force India while Fernando Alonso bid farewell to Honda with a P9. Felipe Massa was the final driver to score in what was his last F1 grand prix.