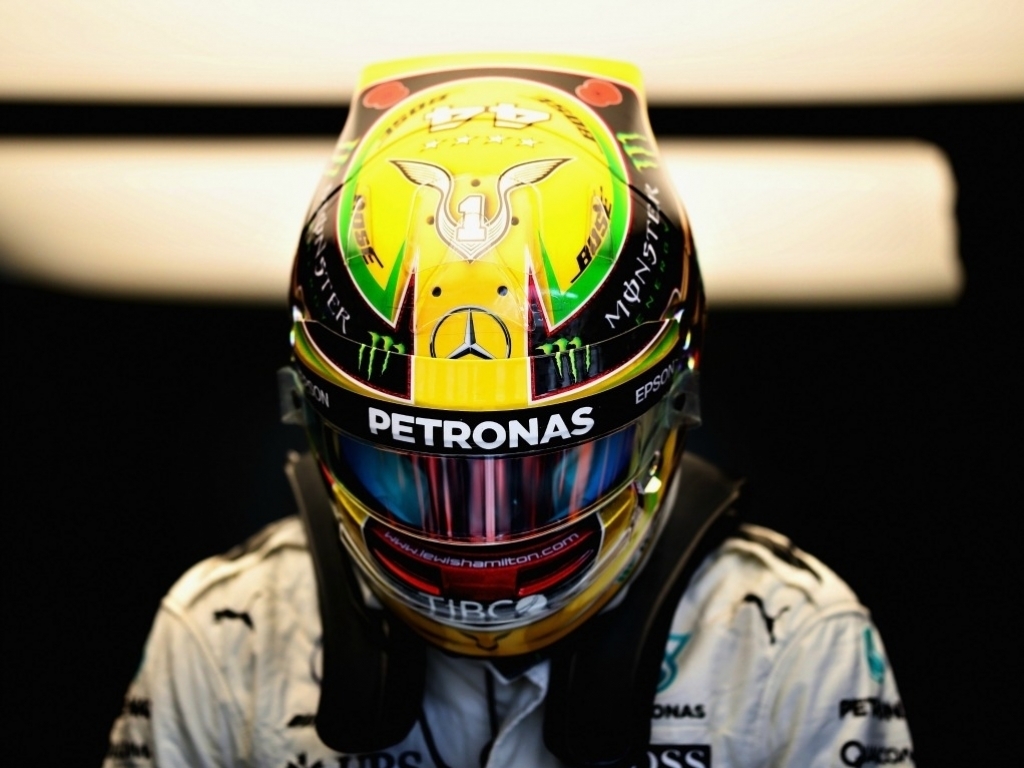 Sebastian Vettel ended a lengthy drought without victory, while Lewis Hamilton came close to clinching a podium spot after starting at the back of the grid.

Sebastian Vettel: I think this was one of the most difficult races of the season, there was no time for mistakes. My start was not perfect, but enough to beat Bottas off the line. Then, Valtteri was always very close and we had the same pace, but I pushed very hard and managed to pull a gap. This win is very important for me and for the team. After such a long time it’s been great to achieve it. I’m happy for the whole team, because it has been through a tough couple of weeks, with long nights, hard work and a big support from the factory. I dedicate this win to all of them, to the guys here and to those who’ve been working in Maranello. It’s been very hard for us, but today is a great day and I want to thank my team and our tifosi. Hopefully we’ll have a good race in Abu Dhabi!

Kimi Raikkonen: "It was ok. The start was not so great. I had some wheelspin and I was a bit worried about staying in third place. The first stint was a bit tricky, the first 15 laps, then I was a bit better. The second part was very good. I was catching up but you cannot get too close on this circuit. Lewis caught up with me very quickly and I thought he could get a run on me. But he didn't and I wasn't too worried because of that. It wasn’t ideal but it was ok."

Valtteri Bottas: "I think we lost the race in the first corner. When I dropped the clutch at the start initially, there was less grip than I expected, so I broke the traction and got some wheel spin. Seb got a better getaway and managed to get on the inside. That is unfortunate because the race pace between us and Ferrari was very close today and we had a similar strategy. When we went for the Softs, we tried the undercut and tried to attack with the new tyres, but there was no way to get past. We wanted to attack in the very end again but, when I was trying to pick up the pace again, there was nothing left in the tyres. After the good result yesterday, I had very high hopes for today. But if you look at the positives, it has been a much better weekend for me personally than I had for a while. And it was not a bad result for us as a team looking at the position where Lewis started today, so that's good."

Lewis Hamilton: "I had a great time, I enjoyed the race very much. I had so much pace today, it would have been an easy win this weekend. So on the one side I am disappointed that I put myself in the worst position for today. But yesterday is behind me, today has been very positive, I had fun coming through – it felt like the go-karting days where I would always start in the back in my first year or two. My goal today was really to just try and redeem yesterday's mistake, to make the team proud and get some points back. I was trying to get back to third, I just ran out of tyres in the end. But I enjoyed the battle today and hopefully that continues to show to everyone that I still have a lot of fire in my heart and many, many more races to go."

Max Verstappen: "The start was not ideal. It was quite tight and I saw a space on the outside so I tried to get as much room as I could but I knew there were two cars on the inside so there was always a risk they would have contact and then come into me. I think that's what happened but I don't regret trying. The start is an opportunity to make up a big chunk of positions and as I was nearly at the back I had to try something. Fortunately the car didn't suffer any damage. We just changed the tyres and then I could get on with the race and make some good overtakes, and it was a good race. Every time I was catching a car I passed it as soon as I could and there were some good fights. In the end, a comfortable sixth. It was nice to see the chequered flag and I felt I got the maximum out of it today."

Daniel Ricciardo: "In general this is not a track that suits our car and together with the power deficit on the straights it is very hard for us. You then try and catch up on the corners, but you ask too much of the tyres and get more drop-off. Of course I hoped for more in the race but it was a difficult situation, but I think we maximised the result and that was fifth. I didn't want to drive the last ten or 15 laps with difficult tyres and at the end of the day I wasn't going to lose a position, so we decided to make a second pit stop. From there on the race was gone but I pushed for the fastest lap, I didn't get it in Mexico, so I'm really pleased to take it here."