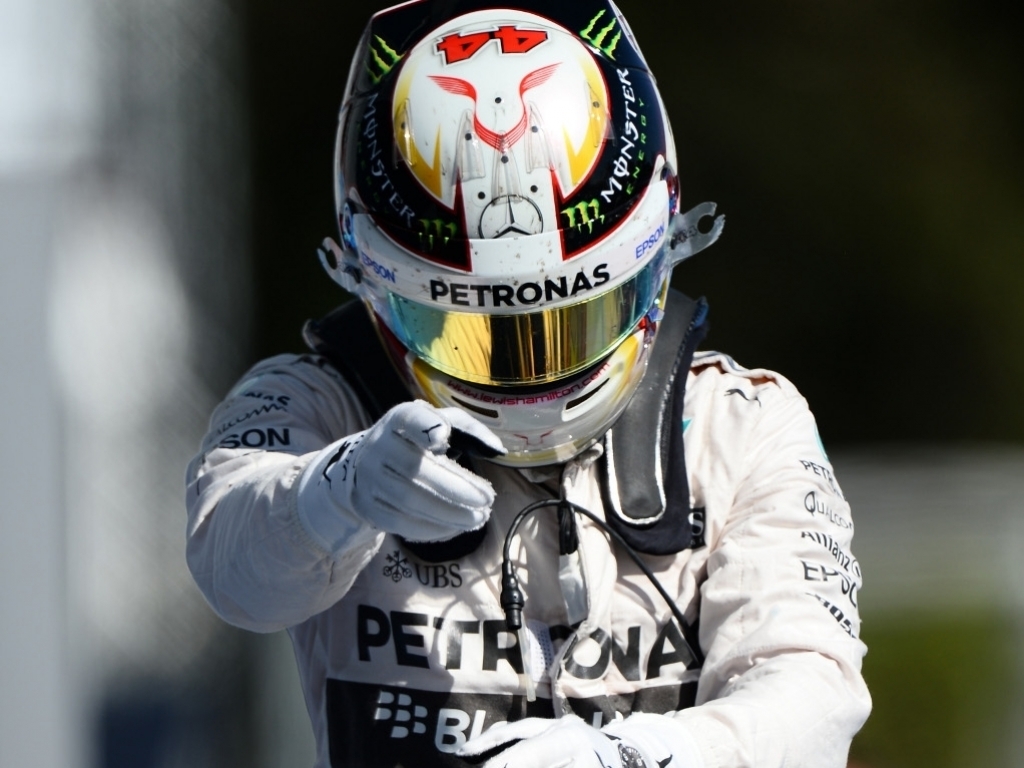 Lewis Hamilton was made to work for it in Austin as he won an action-packaged US GP ahead of Nico Rosberg to wrap up his third World title.

A drying track, a bit of a mixed up grid and Red Bull making the most of the weather conditions resulted in a thrilling Sunday afternoon at the Circuit of the Americas.

Although Lewis Hamilton grabbed the lead from Rosberg at Turn 1 on Lap 1 by holding his line and forcing the German wide, it was by no means the Mercedes show. Rather it was a Red Bull party, at least to start with.

Both Daniil Kvyat and Daniel Ricciardo had a nibble at the front with the Aussie even leading the grand prix for a brief spell. However, as the drivers changed their inters to slicks, Mercedes came to the fore and Red Bull fell off the pace.

When the Safety Car was deployed midway through the race Rosberg and Hamilton were running 1-2 while Sebastian Vettel, who pitted under the Safety Car, used the restart to get the jump on both Red Bull racers.

The day’s second VSC saw an interesting play from Mercedes as Rosberg pitted from the lead but Hamilton stayed out. Rosberg easily sliced his way back through the field while Hamilton struggled to get the gap he needed for a comfortable stop.

He was handed a break on lap 42 when Kvyat crashed heavily, smashing the front of his Red Bull into the Armco barrier, which brought out the second Safety Car. Hamilton pitted, coming out P2 behind Rosberg and Vettel pitted, coming out P4 behind Max Verstappen, who earlier in the race had engaged in a no-holds-barred battle with Kimi Raikkonen.

Rosberg aced the restart to easily pull away from Hamilton. However, a later tank slapper at Turn 15 meant Hamilton stormed into the lead and on to the World title.

The victory, which he claimed by 2.8 seconds ahead of his team-mate, means he took an unassailable lead in the title race. Hamilton joins the likes of Jackie Stewart and Ayrton Senna as a three-time F1 World Champion.

Vettel completed the podium as he used Ferrari’s superior power to ease by Verstappen while Sergio Perez was fifth ahead of Jenson Button.

Carlos Sainz claimed seventh while Pastor Maldonado, Felipe Nasr and Ricciardo, whose car was damaged in a collision with Nico Hulkenberg, completed the points.

Raikkonen, who earlier smacked the barriers, added his name to the list when he was told to pit as his brakes were becoming too hot. Ericsson retired with “no power” while Hulkenberg went out with car damage from a collision with Ricciardo. Kvyat was the afternoon’s final retirement.