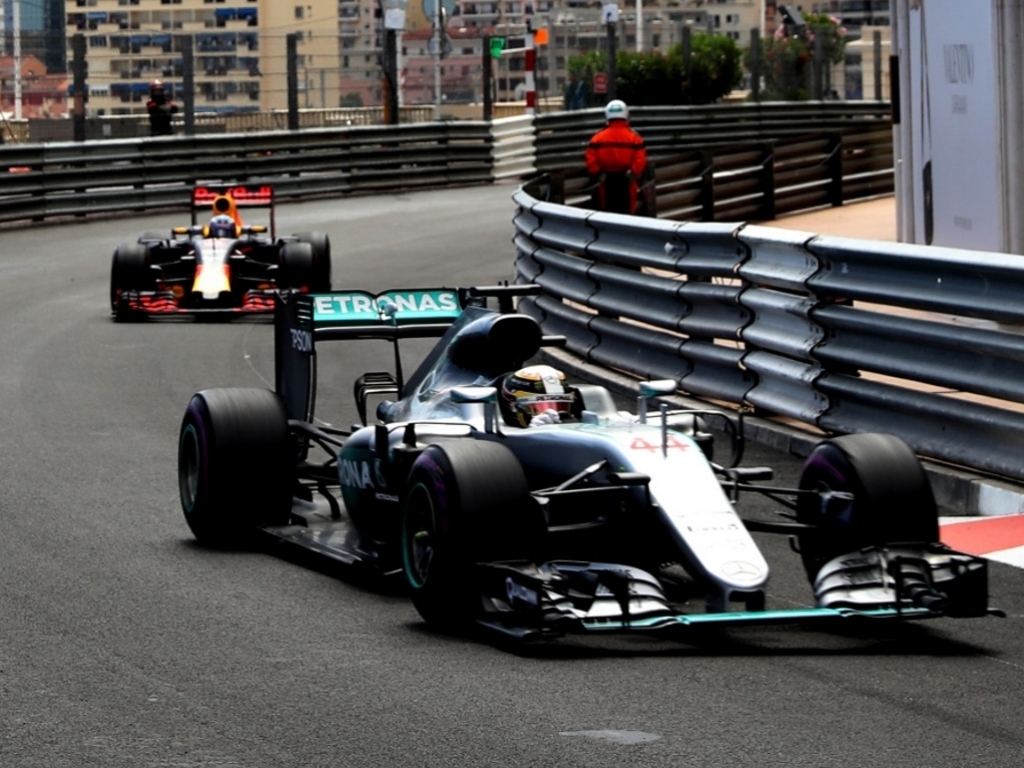 Rain, safety Cars, virtual and otherwise, crashes and tyre strategy set the backdrop for the Monaco Grand Prix, a race won by Lewis Hamilton, his first of 2016.

That meant pole-sitter Daniel Ricciardo was unchallenged through the opening seven laps and even unchallenged after the SC pitted as behind him the two Mercedes fought wing-to-wing.

But with Mercedes ordering Rosberg to move aside from Hamilton, that all changed.

Hamilton immediately ate into Ricciardo's lead before opting to stay out until such a time as the track was ready for slick tyres before making his first pit stop for ultras.

With Red Bull botching Ricciardo's second stop – he had a stint on the inters before doing onto slicks – as they were not ready with the super-softs, it was Hamilton who emerged in the lead on a fast-drying Monaco circuit.

That yield a tense battle between the two, with one incident even referred to the stewards as Hamilton closed the door on Ricciardo after cutting the chicane with half of his W07.

The duo raced toward the chequered flag in formation with Ricciardo unable to find a way through with even a few drops of rain late in the race not enough to help the Red Bull racer.

Hamilton claimed his second Monaco GP win by X seconds off the Aussie and closed the gap to Rosberg to 26 points in the championship race.

Rosberg had initially led the battle for third but a lack of pace coupled with a slow second stop dropped him down the order.

Sergio Perez capitalised on it to complete the Monaco podium ahead of Sebastian Vettel and Fernando Alonso.

Nico Hulkenberg was sixth as Force India recorded a double points haul while Rosberg was P7 ahead of Carlos Sainz for Toro Rosso.

Jenson Button and Felipe Massa completed the points in an incident-packed race.

Jolyon Palmer was the first casualty as on the first lap of proper racing he lost it on the white painted lines. His Renault snapped left, hitting the barrier and sliding along before spearing into the Ste Devote barrier.

Kimi Raikkonen was the next out as, on lap 11, he it the barriers, breaking his Ferrari's front wing which was stuck under his front tyres as he tried to make his way into the pits. He eventually retired with the car down an escape road.

Daniil Kvyat, who had early troubles as his STR11 was "stuck in constant speed", added his name to the list of retirees after clipping the barrier in an incident with Kevin Magnussen.

Max Verstappen went out on lap 35 as, the day's most aggressive driver, crashed at Massenet with heavy front right-side impact. "Argh, I crashed," he said.

Kevin Magnussen sealed a horrid for Renault as he parked it in the pits after he hit the barriers at Mirabeau, leaving behind his RS16's front wing.

There was drama for Sauber as Felipe Nasr and Marcus Ericsson fought over position. The Brazilian was ordered to move on but would not resulting in Ericsson taking matters into his own hands and the duo collided, both suffering damage and needing to pit for repairs. Nasr retired with smoke in the car. Ericcson parked his car two laps later.