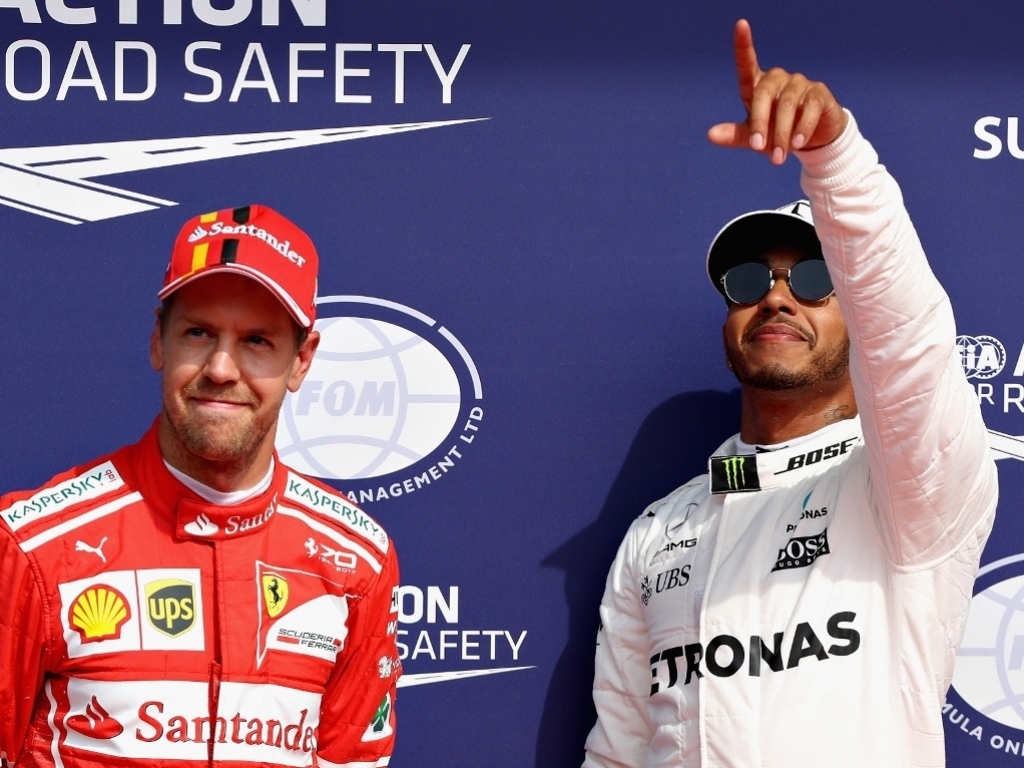 Lewis Hamilton held off Sebastian Vettel to claim the victory in the Belgian Grand Prix, a race in which Ferrari tried to launch a late attack on the ultras but failed.

The Spa-Francorchamps circuit set the stage for round 12 of the 2017 championship and the latest installment of the Hamilton versus Vettel battle.

Pole-sitter Hamilton had the advantage as he kept Vettel at bay despite the German’s best efforts though Les Combes on the opening lap. Mercedes pitted their drivers first with Ferrari opting not to react immediately. As such 13 laps in Vettel was briefly running P1 ahead of Kimi Raikkonen with Hamilton in third place, Daniel Ricciardo fourth and Valtteri Bottas fifth.

Vettel pulled into the pits on lap 14 with Hamilton then taking the lead off Raikkonen on the track such was the Brit’s pace around the Spa-Francorchamps circuit, which prompted the Finn to pit.

He came out P4, between Bottas and Ricciardo, but reliquished the position when he was handed a 10-second stop-go penalty for failing to adhere to double waved yellow flags earlier in the race. That put him out of podium contention as he dropped to P7.

Back at the front Vettel set about hunting down Hamilton and closed the gap to one second only for the Brit to slowly eek it back out with it fluctuating lap on lap.

There was a twist to the tussle on lap 30 when the Safety Car came out for the latest round of the Sergio Perez v Esteban Ocon duel. Both Hamilton and Vettel pitted with Hamilton onto new softs and Vettel onto the ultrasoft Pirellis.

As such Vettel was able to launch an immediate attack on the Mercedes driver but, once it failed, it was always Hamilton’s race to lose – and he didn’t.

The Brit raced to the victory ahead of Vettel to narrow the Ferrari driver’s advantage in the standings to seven points.

Ricciardo used his ultras to pass Bottas after the Safety Car restart to claim the final podium position. Red Bull had hoped to get both cars into the points only for Max Verstappen to lose power on lap 8. With a shake of his head, he pulled over on the side of the track, parking his stricken RB13. “Unbelievable, I can’t believe this,” he said in dispair.

Raikkonen recovered to fourth ahead of Bottas, Nico Hulkenberg and Romain Grosjean while Felipe Massa, who started P16, was eighth ahead Esteban Ocon.

Force India had another nightmare afternoon as once agin their drivers tangled at the start and there was contact as Sergio Perez pushed Esteban Ocon on the opening lap into the pit wall on the run down the hill from La Source. Thankfully both came through unscathed.

Perez was later handed a five-second stop-go penalty for failing to give back a place to Grosjean after going off the track. He took his penalty at his second stop and, with Ocon also pitting, they lined up one behind the other.

Ocon, unhappy to being behind Perez, launched an attack, Perez closed the door on him pushing him into the wall and the duo made contact with Perez puncturing and Ocon needing a new nose. Perez later retired.

“Embarrassing, really embarrassing” was Fernando Alonso’s verdict as he jumped to seventh at the start only to be down in 10th place after three laps. Falling to 14th, the double World Champion retired on lap 27, parking his MCL32 in the McLaren pits. He was not a happy chappy.

Pascal Wehrlein was the race’s first retirement as he pulled into the pits on lap 2 only to return to the race laps later before again parking it.