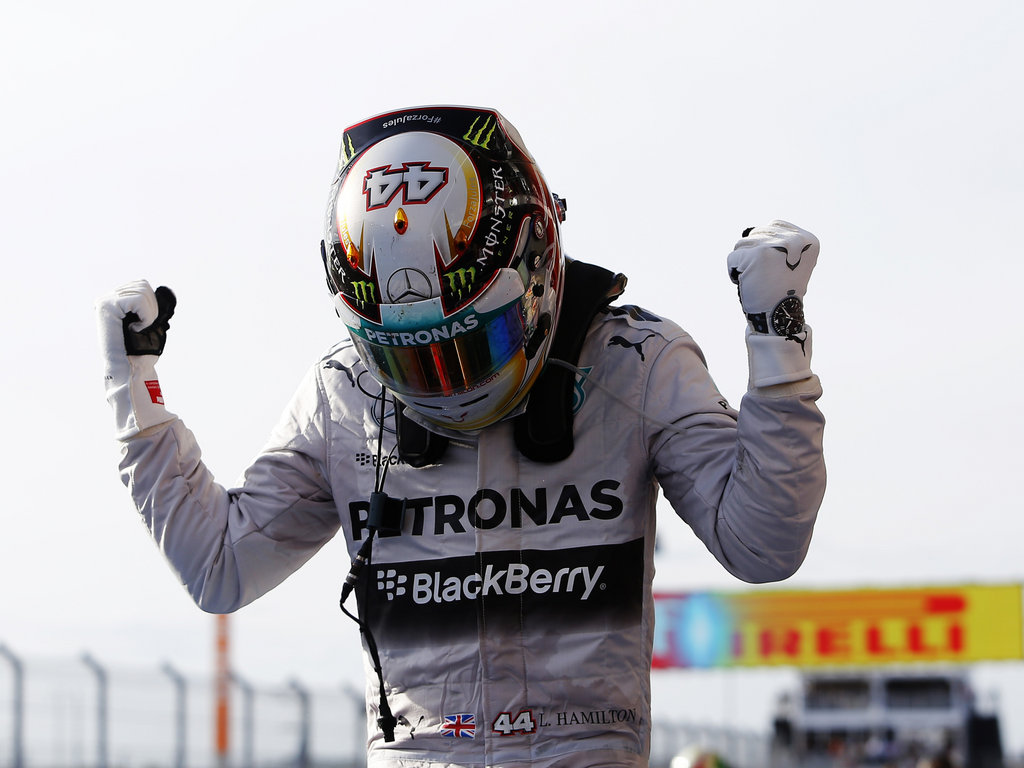 Lewis Hamilton put the squeeze on Nico Rosberg – both out on the track and in the Championship – as he grabbed the win from his team-mate.

Arriving in Austin with a 17-point lead in the Championship in Hamilton’s favour, it was all to play for over at Mercedes.

Rosberg, starting from pole position, held the advantage over the British racer and after the first pit stop was two seconds ahead.

Hamilton, though, was not willing to let this one go.

Closing the gap to the German, he put the squeeze on him at Turn 12 on lap 24, sliding up the inside before pushing his team-mate wide.

Into the lead, Hamilton put a bit of space between himself and his team-mate, which he held onto in the second round of pit stops and through to the chequered flag.

Sunday’s win marked Hamilton’s tenth of this campaign and pushed his lead in the Championship up to 24 points over Rosberg. The German’s P2 meant a tenth 1-2 for Mercedes.

Daniel Ricciardo completed the podium as the Australian cemented his position as best of the rest behind the Mercedes runners while Felipe Massa and Valtteri Bottas were next in line.

Fernando Alonso brought his F14T home in sixth place ahead of Sebastian Vettel and Kevin Magnussen while Jean-Eric Vergne, who is under investigation for a wheel-banging battle with Romain Grosjean, was ninth.

Tenth place on Sunday afternoon went to Pastor Maldonado after a five second penalty for speeding in the pit lane was added to his time.

Meanwhile, Sauber’s chances of breaking their duck came to naught when, on the second lap of the race, Sergio Perez and Kimi Raikkonen made contract with the Force India then smacking Adrian Sutil’s Sauber.

The impact put both Perez and Sutil out of the grand prix and brought out the Safety Car as there was debris all over the track.

Nico Hulkenberg added his name to the list of retirements on lap 17, parking his Force India on the side of the track.