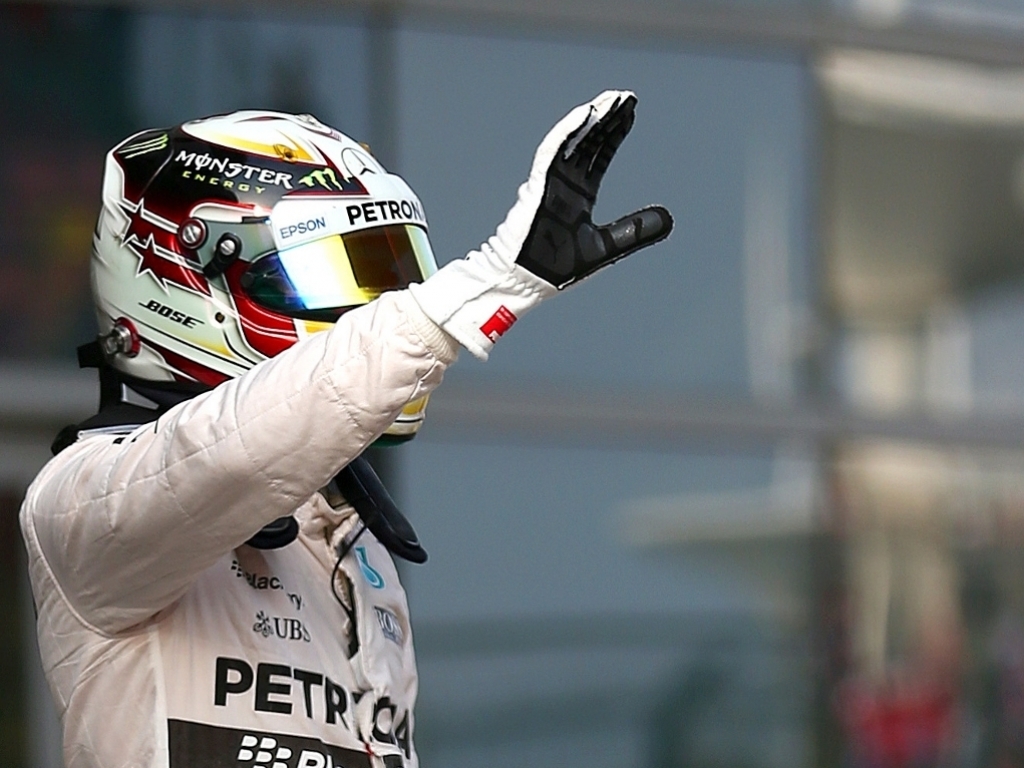 Lewis Hamilton's lead was never once under threat as he raced from lights to flag to his fourth victory in the Chinese GP, a race that ended behind the Safety Car.

The reigning World Champion had a near perfect weekend in China, topping all three practice sessions, taking pole position, setting the race's fastest lap and claiming the race victory.

Holding off Rosberg at the start, even placing his car pointing inwards on the grid to get the better line, Hamilton always seemed to have the advantage and extra pace in the bag.

Rosberg held on through the opening two stints, roughly two seconds down on his team-mate and even told Mercedes to make him hurry up as if he got "closer [to Hamilton], I destroy my front tyres."

However, just before their second pit stop Hamilton asserted his dominance, easily pulling away from the German in a spate of fastest laps.

With three laps remaining he was almost six seconds up the road from Rosberg when the Safety Car was brought out for Max Verstappen's smokey retirement on the main straight.

As marshals struggled to get his car behind the wall, the Safety Car started the final lap and Hamilton's victory, which was never under threat, was guaranteed.

Rosberg was second while Vettel, who was the first of the front runners to pit as Ferrari hoped to give him some advantage over the Mercedes drivers, completed the podium, his third top-three result in three races for Ferrari.

Kimi Raikkonen was fourth for the second race in succession as Ferrari again edged the Williams drivers for the best of the rest title.

Felipe Massa was fifth ahead of Valtteri Bottas, who were some 30 seconds behind the Ferraris when the Safety Car came out.

Romain Grosjean brought his E23 home in seventh place ahead of Felipe Nasr and Daniel Ricciardo while Marcus Ericsson completed the top ten.

As for McLaren, Fernando Alonso was P12 as he made it through the carnage as Jenson Button and Pastor Maldonado collided while fighting for 13th place.

Button, looking for a line through, tried to go up the inside of Maldonado but misjudged the braking as the Lotus driver turned in for the corner. It had been a great battle between the two up to that point.

Both Button and Maldonado were initially able to continue before Maldonado pulled it the pits, retiring his Lotus.

There were three other retirements. Nico Hulkenberg was the first on lap 11, his DNF due to a gearbox failure, while Daniil Kvyat retired on lap 17 with an engine failure and his car "on fire, on fire, on fire".

Verstappen was the last, three laps from the end, as his Toro Rosso came to a smokey halt on the main straight which brought out the Safety Car.