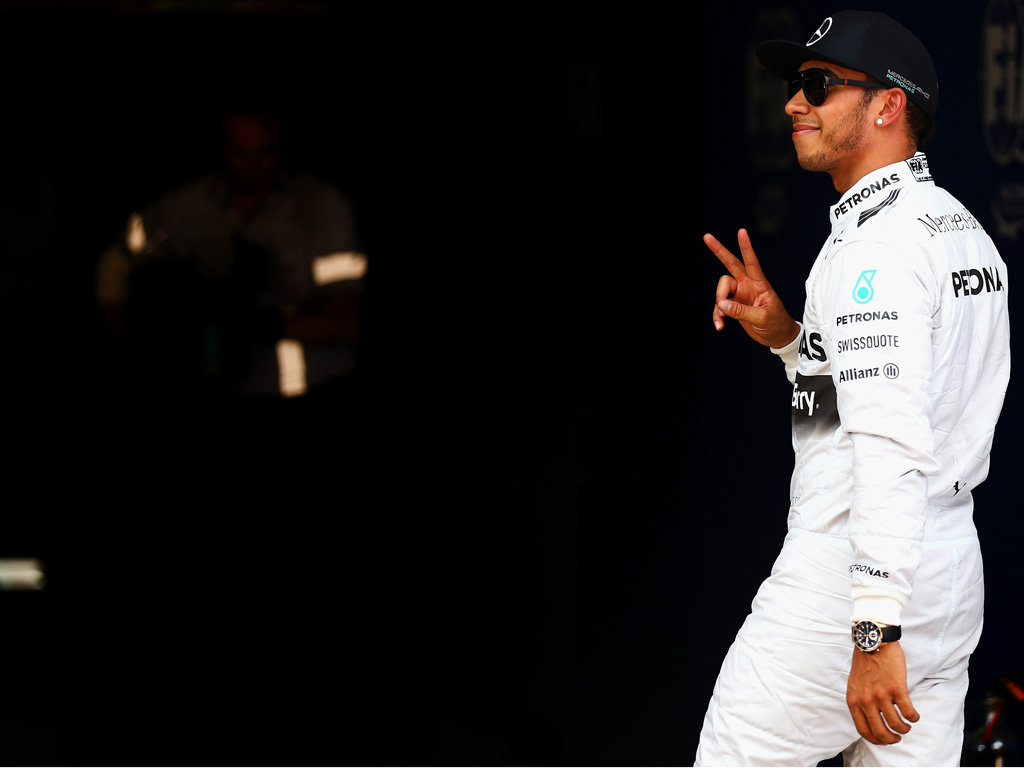 Lewis Hamilton’s run of race victories continued on Sunday when he claimed his fourth grand prix win in succession but his first in Spain.

As many predicted before the race it was all Hamilton as he put two seconds between himself and Nico Rosberg before the German pegged it back.

Extending that lead to over four seconds in the second stint, Hamilton had enough of an advantage that when he switched to the hard tyres – and Rosberg the medium – he could still keep his team-mate at bay – although only just as Rosberg crossed the line 0.6s adrift.

The victory not only handed Hamilton the lead in the Championship by three points over Rosberg but his 26th career win saw him become the third most successful British driver ahead of Jim Clark.

Such was Mercedes’ advantage on the day that the third placed driver was 48s down the road and they lapped everyone up to seventh place.

It was Daniel Ricciardo who achieved that P3, joining the Mercedes drivers on the podium despite a valiant effort from Valtteri Bottas early in the race.

The Williams driver jumped ahead at the start and was holding third up until the first round of pit stops. But with Ricciardo opting for an early stop on lap 14 and Bottas only coming in on lap 20, the Finn not only dropped to third but was also 10 seconds down the road.

Fernando Alonso claimed sixth place as he overtook Kimi Raikkonen with three laps to go. The Finnish driver had held the advantage for most of the race only to lose out to Alonso’s fresher rubber late on.

Romain Grosjean was eighth as he netted his and Lotus’ first points of the Championship while Sergio Perez and Nico Hulkenberg completed the top ten.