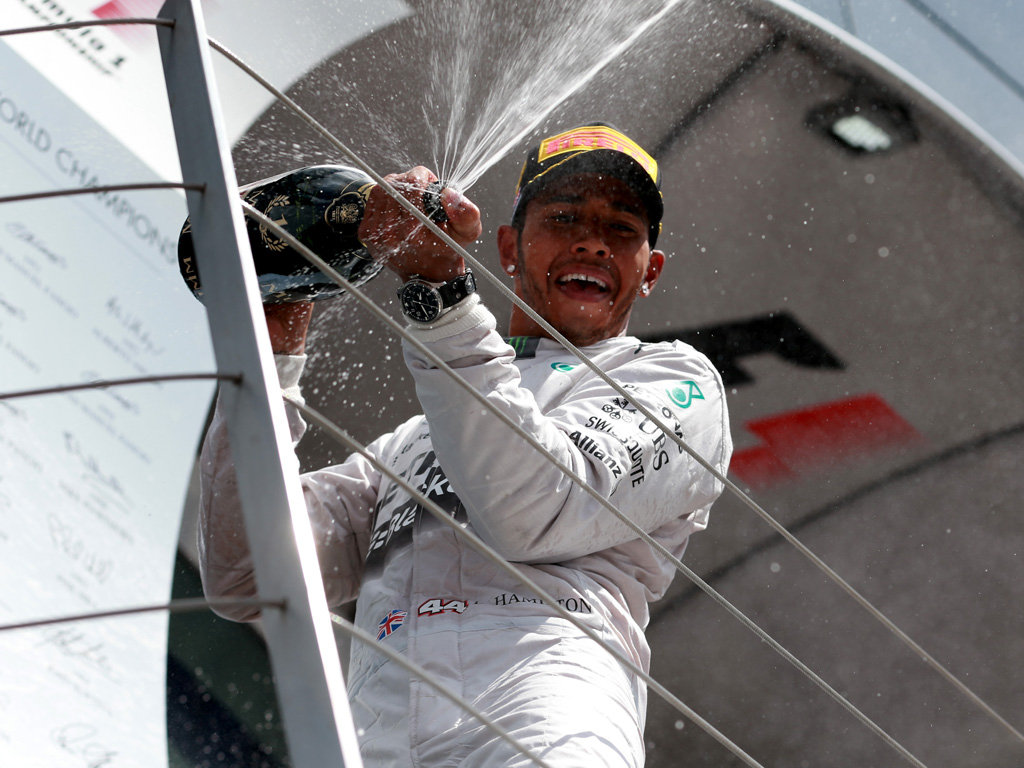 Lewis Hamilton not only won the British GP but he also took a chunk out of Nico Rosberg’s lead in the standings as the German suffered his first DNF of this season.

Despite starting sixth on the grid, Hamilton shot to fourth on the first lap and held that position when the race was red flagged.

Kimi Raikkonen suffered a violent crash on the opening lap, slamming into the armco barriers and leaving debris scattered all over the track.

With the barriers damaged, track marshals took an hour to fix it while those remaining in the race – excluding Felipe Massa who tagged Raikkonen’s car as it spun across the track – waited for the restart.

That got underway with Rosberg easily pulling away from the McLarens of Jenson Button and Kevin Magnussen.

It was a Mercedes 1-2 by the end of the four lap with Hamilton five seconds behind his team-mate. Despite closing that gap to three seconds, the Brit lost time in the first round of pit stops and it was back up to five.

However, the order changed when on lap 29 Rosberg, who had previously complained that he had a “gearbox problem on the downshift”, slowed down. Hamilton stormed through into the lead while the German was forced to park his W05 on the side of the track, his first retirement of this season.

With the German out of the race, Hamilton went unchallenged to a second British Grand Prix win. The 25 points scored also meant he is now just four points behind Rosberg in the battle for the World title.

Valtteri Bottas brought his FW36 home in second place, his second podium in succession. Starting the grand prix 14th on the grid, the Williams racer sliced his way through the field, turning a dismal weekend into a good one for the team.

Daniel Ricciardo was back on the podium in third place as he had quiet afternoon while Button missed out in fourth.

A late battle between Sebastian Vettel and Fernando Alonso saw the German emerge on top. Both complained about the other with Alonso even accusing the Red Bull man of using the DRS in a prohibited zone.

Magnussen was seventh in a double points-haul for McLaren while Nico Hulkenberg was eighth ahead of the Toro Rossos of Daniil Kvyat and Jean-Eric Vergne.