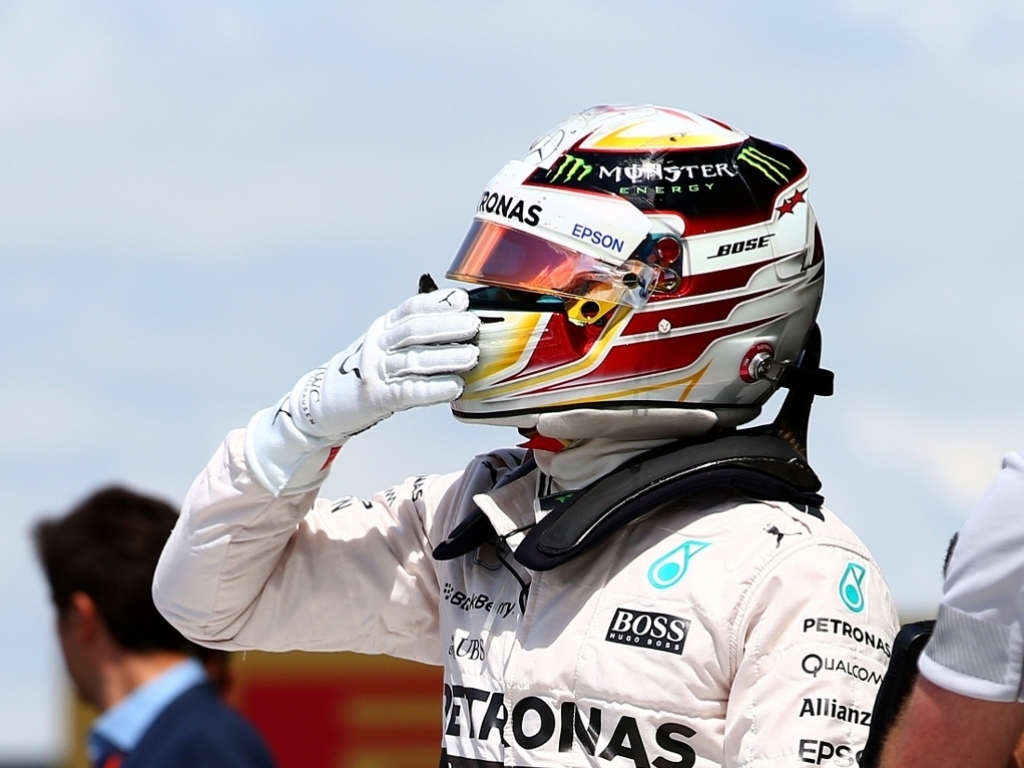 After weeks of complaints about boring F1, Silverstone delivered on Sunday as Williams did their part to battle Mercedes but it was Lewis Hamilton who triumphed on home turf.

Even before the first lap of the British Grand Prix there was drama as Felipe Nasr's Sauber broke down on its out-lap due to a mechanical problem related to the gearbox. The race therefore began with just 19 runners and heaps of excitement.

In front of a sell-out crowd, Felipe Massa upped the ante as he dived through the middle, splitting the front row-starting Mercedes of Hamilton and Nico Rosberg to take the lead. Added to that, his team-mate Valtteri Bottas also took advantage of Mercedes' sluggish start as he grabbed third off Rosberg.

There was drama through Village corner on lap 1 as the Lotus pairing collided as did the McLarens. The end result was only Fernando Alonso was left running but he had to pit for a new nose, which dropped him well down the order.

The Safety Car was brought out to allow for the marshals to clear the debris, which meant the field bunched up for a restart on lap 4.

Hamilton attacked Massa through Stowe but the Brazilian fended him off. The Brit refused to give up and in fact put all four wheels off the track. Losing traction he was passed by Bottas with Williams holding the 1-2 on home soil.

A fifth retirement for the race belonged to Max Verstapen, who spun off into the gravel at Turn 2. Unable to get out, his race was over.

Behind the leading quartet, Nico Hulkenberg's purple patch continued as he raced into fifth place ahead of Kimi Raikkonen, Daniil Kvyat and Sergio Perez. Sebastian Vettel dropped to ninth as he did not have the pace in the early stages.

Back at the front, Massa came under attack from Bottas as the latter held off Hamilton and Rosberg; the top four separated by just two seconds and trading fastest sector times.

Although told "no racing your team-mate", Bottas made his first attack on Lap 10. The Finn was again told not to race only to respond by saying he can take him on the "backstraight". The response; make it a "very clean" move and pull away fast. Hamilton, meanwhile, reported that he "can't get close enough to these guys." Lap after lap, the leading quartet ran front wing to rear wing with Massa holding P1.

Hamilton was the first of the front runners to pit, coming in on lap 19 from third place. He came out P4. Felipe Massa and Nico Rosberg pitted from first and third with the duo coming out side-by-side. Massa nipped through to slide ahead of Rosberg only to find that Hamilton was ahead of them both on the track. Bottas was the next in, handing the lead to Hamilton. The Finn emerged in third and engaged in a brief but furious battle with Rosberg to hold onto the position.

As the leaders fought it out, Daniel Ricciardo added his name to the list of retirements when he pulled into the pits, parking his RB11 with an electrical issue. Carlos Sainz joined him on the sidelines, leaving just 13 cars running. The STR driver's retirement also brought out the Virtual Safety Car.

With Hamilton in the lead he began to pull away from the chasing Williams drivers. Within 10 laps of the pit stops playing out, he had built up a lead of six seconds. It was 6.1s when, on lap 36, the rain began to fall.

With half the track wet and the other half dry, the backmarkers were the first to come in while Raikkonen, having just been overtaking by Vettel, was the only driver in the top ten to swap to inters.

There were a few moments for those up at the front as Hamilton ran right off the track, Rosberg also had a moment but came back to pass first Bottas and then Massa to move into the customary Mercedes 1-2. As a second and heavier shower hit the track Hamilton pitted from the lead on lap 44 and was followed in by Vettel. They came out P3 and P6. Hamilton made short work of the slick-tyre shod Massa, who headed into the pits for inters as too did Rosberg.

When those stops played out it was Hamilton in the lead ahead of Rosberg by eight seconds with Vettel third, 22s down. Massa and Bottas were the big losers, dropping to fourth and fifth.

The drama was not over as first the rain abated and then it returned. But the changing conditions did little to dampen British spirits as Hamilton raced to the win – one he really had to work for – 10.9 seconds ahead of team-mate Rosberg. Vettel completed the podium.

Williams finished a disappointing fourth and fifth with Massa ahead of Bottas while Kvyat was sixth. Nico Hulkenberg brought his B-spec VJM08 home in seventh place ahead of Raikkonen while Sergio Perez and Fernando Alonso completed the points. It was only McLaren's second points finish of this season.