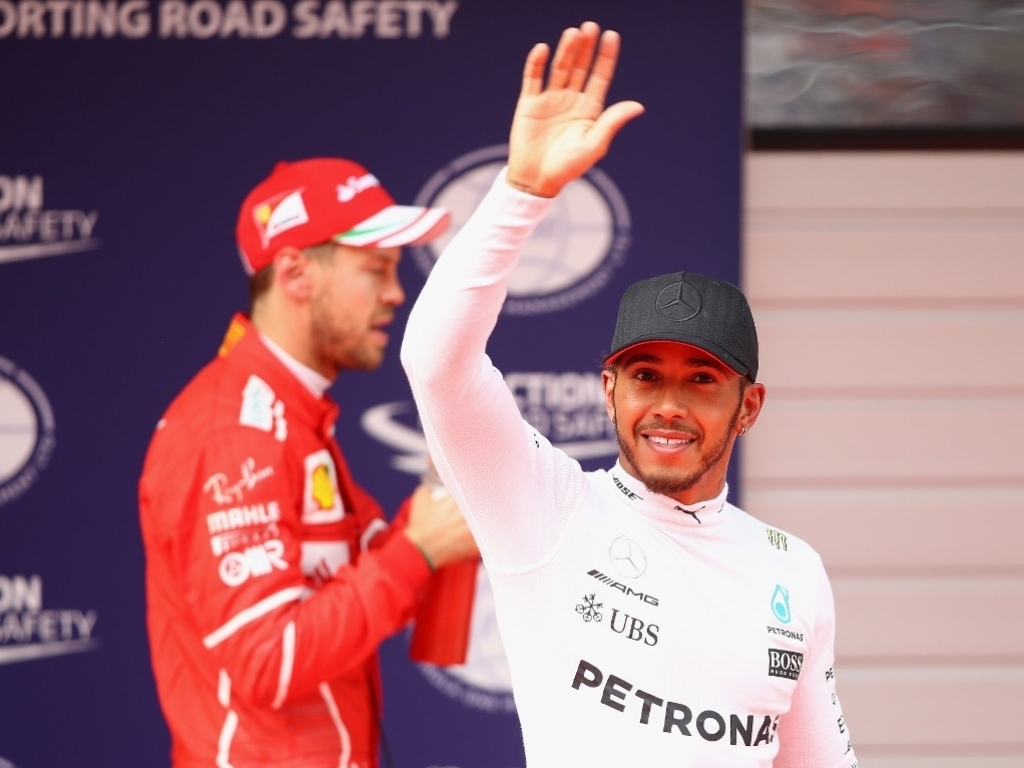 Virtual Safety Cars and the real deal as well played a role in the early running of the Chinese GP as the former was brought out for Lance Stroll’s lap 1 crash when he was clipped from behind by Sergio Perez.

Vettel, running P2 behind pole-sitter Hamilton, opted to pit on lap 3 under the VSC, swapping his inters for softs only for a Safety Car proper to come out a lap later when Antonio Giovinazzi crashed heavily on the start/finish straight.

This allowed the top five running ahead of Vettel to pit for dry tyres meaning the Ferrari driver was the big loser in the opening exchange.

It a grand prix with intense racing at the front – if not much passing – as Hamilton led the way with Max Verstappen all over the back of Daniel Ricciardo, finally passing him, and Vettel struggling to do the same to Kimi Raikkonen, who in turn had a tough time passing Ricciardo.

After more than 10 laps behind his team-mate, Vettel passed down Turn 6 in a lunging move and immediately closed up on Ricciardo. He made that move around the outside of Turn 6, pulling ahead through Turn 7. He was 5 seconds behind Verstappen and 10 shy of Hamilton when he made it up into P3.

As Hamilton romped away from the chasing pack, his advantage up to 10s midway through the grand prix, Vettel caught Verstappen and was handed an easy pass as the Dutchman locked up and ran wide onto the wet asphalt. He dropped five seconds to Vettel in two corners and pitted, second to sixth.

With Verstappen two seconds a lap faster than all but Hamilton inside the top five, Ricciardo pitted for a second time, third to sixth. This sent Vettel into the pits as he had fallen 13s off the pace. He came out ahead of Verstappen in third, some 35s behind race leader Hamilton, who pitted two laps later for softs and re-emerged in the lead. Raikkonen was the last of the top eight to pit for a second time, third to sixth.

Hamilton raced to the victory, X seconds ahead of Vettel, with Verstappen – despite starting P16 – joining the two on the podium. The Dutchman held off a late charge from his Red Bull team-mate to complete the podium.

Ricciardo was fourth ahead of Raikkonen and Bottas, who recovered from a spin under the Safety Car.

Stoffel Vandoorne was the day’s third retirement, “fuel problem”, while Fernando Alonso made it a double DNF for McLaren-Honda with a drive shaft issue. Daniil Kvyat also failed to finish.

It was a day for the stewards with Vettel investigated but cleared for lining up on the grid in the wrong place, Stroll/Perez for the lap 1 crash, and Kevin Magnussen for driving unnecessarily slowly behind the SC.