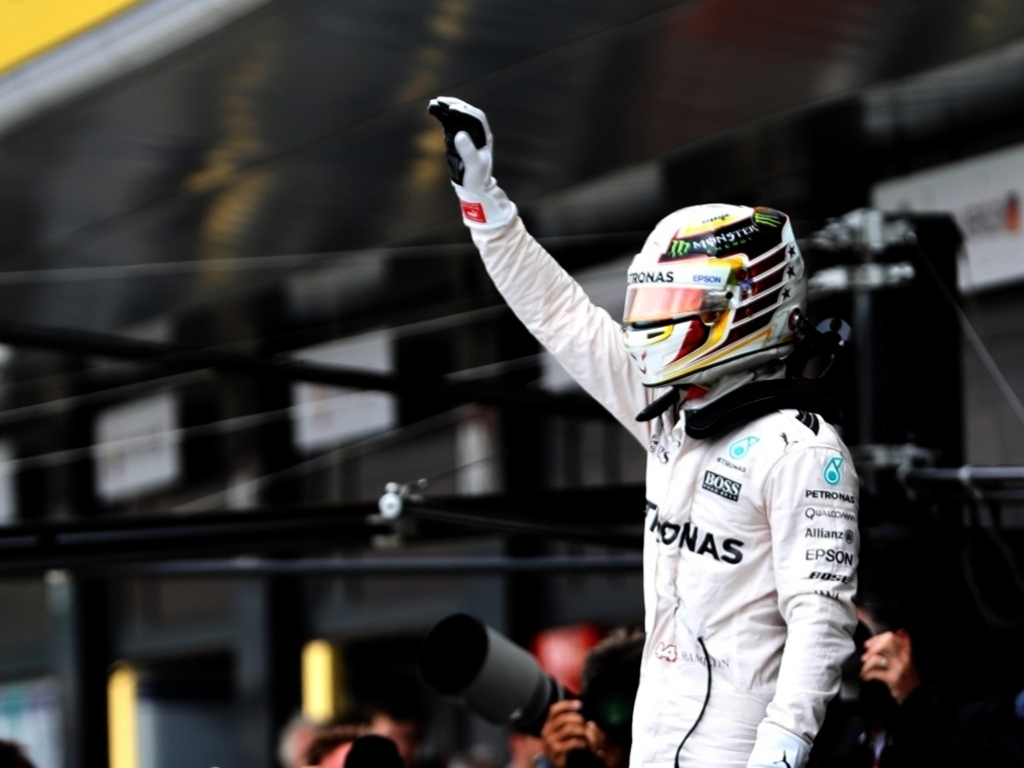 Lewis Hamilton claimed July’s clean-sweep as he won the German Grand Prix to extend his lead in the Drivers’ Championship to 19 points.

Despite starting Mercedes’ home race from second on the grid, Hamilton was almost immediately P1 as he powered off the line to lead into the first corner.

It was a lead that he would not relinquishing, not even in the pit stops, as after 67 laps and a few drops of rain, Hamilton raced to his fourth successive win.

Hamilton’s latest victory, his sixth of the campaign, allowed the reigning World Champion to extend his lead in the Drivers’ Championship to 19 points over Rosberg.

In contrast to Hamilton’s easy run to the line, Daniel Ricciardo, Max Verstappen and Nico Rosberg battled hard for the final two places on the podium.

P2 was initially held by Verstappen, who made an incredible start, while Rosberg dropped to fourth as he was unable to get off the line with any pace. He had a brief wheel-to-wheel fight with Ricciardo but the Aussie held fast to third. “You’re on plan B,” Mercedes told Rosberg.

He overtook Verstappen after the second round of stops in a tussle that earned the German a five-second penalty for forcing Verstappen off. “He pushed me off the track,” the Dutchman argued at the time.

Rosberg also found himself ahead of Ricciardo as the Aussie leapfrogged his team-mate, Verstappen going from second to fourth.

The third round of stops saw Rosberg come in first, take his five-second penalty – which was actually eight – with Verstappen in next and then Ricciardo a lap later. They emerged P2, P3, and P4 with Ricciardo ahead and Rosberg off the podium. The quartet held those positions to the flag.

Ferrari had an afternoon to forget as Sebastian Vettel completed his home race in fourth place to Kimi Raikkonen’s fifth. The team-mates were never in the battle for the podium with the result meaning Ferrari are now behind Red Bull in the championship standings.

Nico Hulkenberg finished his home grand prix in seventh place ahead of Jenson Button and Valtteri Bottas, who dropped from seventh to ninth in the final seven laps due to his two-stop strategy.

Sergio Perez made a late pass on Fernando Alonso to take the final points-paying position.

Felipe Massa, who was given a whack by Jolyon Palmer on the opening lap, retired on lap 38 as he struggled for pace throughout the race because of damage to his car.

Felipe Nasr joined him in retirement as he stopped his Sauber in the pit lane, calling it quits on lap 60.