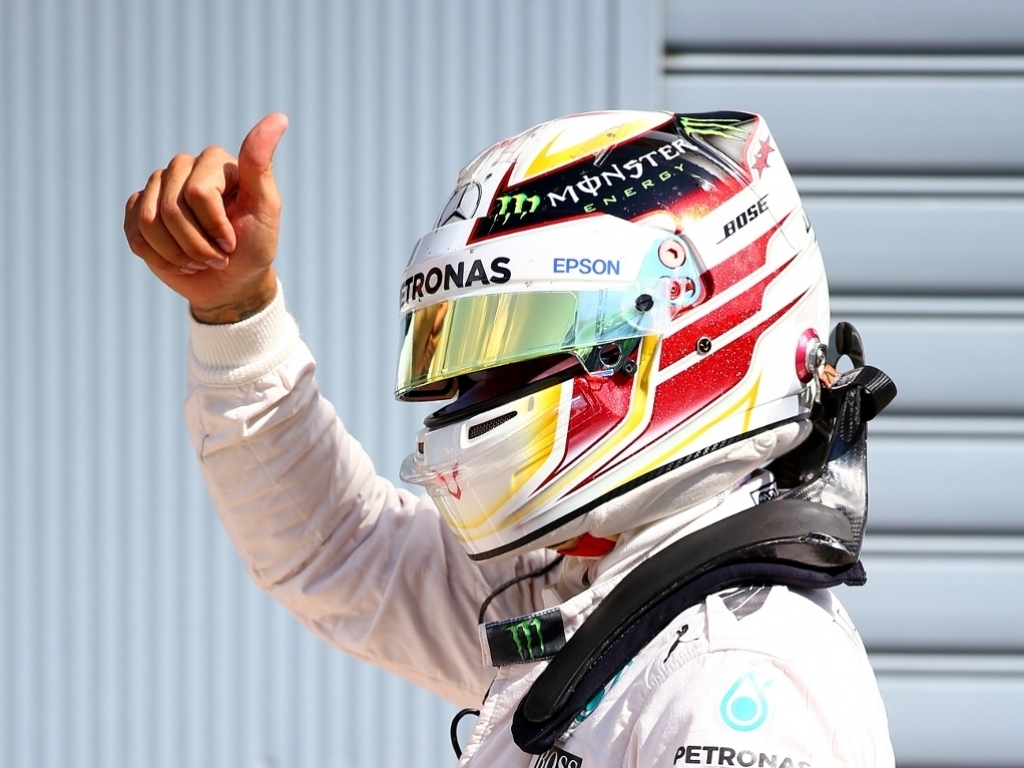 Despite a sell-out crowd willing them on, Ferrari could do nothing to halt Lewis Hamilton's charge to victory at Sunday's Italian GP with Sebastian Vettel second.

The Championship leader and pole-sitter, with his newly upgraded Mercedes engine, went into Sunday's 53-lap race at Monza as the favourite for the win.

Charging off the line, he went unchallenged, comfortably quicker than any other driver.

There was a brief moment of concern when Hamilton was told, with five laps remaining, to "pull a gap, don't ask questions, just execute."

What he did take was the win, his seventh of this season and his third in Italy.

The Brit's victory extended his lead in the Drivers' Championship to 53 points, aided by the retirement of Nico Rosberg.

The German had been closing on Vettel in the battle for second when his Mercedes went up in a cloud of smoke on the penultimate lap.

Vettel had a largely quiet afternoon as he claimed his first Italian GP podium as a Ferrari driver while Felipe Massa and Valtteri Bottas were third and fourth.

Behind the leading drivers it was a Sunday afternoon of close racing and great passes thanks largely to Kimi Raikkonen.

Starting second the Finn failed to leave the grid as he SF15-T did not engage gear. That dropped him to P20 and Raikkonen spent the next 53 laps working his way back up the order.

Great passing had him finishing fifth ahead of Sergio Perez and Nico Hulkenberg.

Daniel Ricciardo, Marcus Ericsson and Daniil Kvyat, despite all having grid penalties, completed the top ten.

It was a wretched afternoon for Lotus as Romain Grosjean was the first driver out of the race as he came to a halt after his E23 was damaged on the opening lap.It quickly became a double retirement as Pastor Maldonado pitted and failed to re-emerge.

Fernando Alonso joined the Lotus duo in the pits as he retired his MP4-30 with four laps remaining.