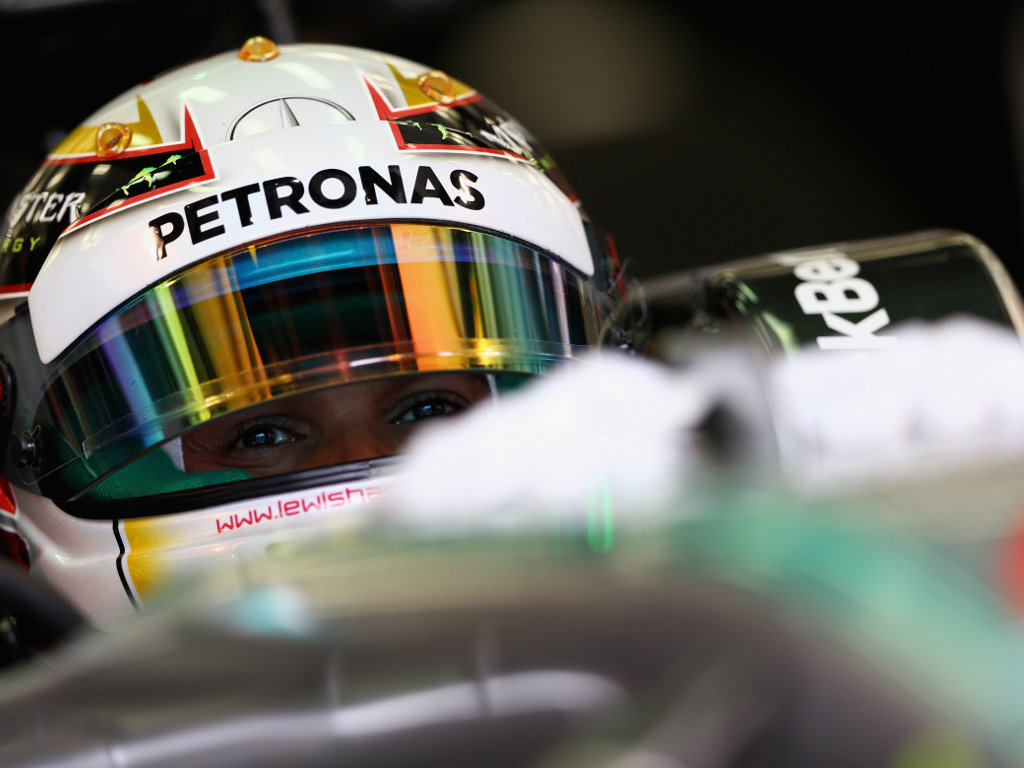 Lewis Hamilton fought off Nico Rosberg to take his second victory of the season, winning Sunday night’s Bahrain GP, a race in which team-mates tussled.

Racing under the lights at the Sakhir circuit for the first time, many expected Mercedes would have a clear advantage over their rivals and that was quickly evident as the two raced into the distance in their own personal battle.

At the start pole-sitter Rosberg crossed the track to cover Hamilton’s line but the Brit accelerated and kept his W05 pointing straight, giving him those vital metres into the first corner. The German tried to fight back through Turn 4 but it was all the Brit who led by a second after lap 1.

Rosberg, though, was told laps later that he was “saving more fuel than your team-mate”, a good thing on a thirsty track. He was also told that he was on an “alternative strategy” and would be having a longer first stint so he needed to save his tyres.

The German kept his team-mate honest with just a 1.5s gap between the two after 14 laps. However, three later, Rosberg not only closed the gap but also attacked for the lead. Hamilton gave him the corner only to cut back and then squeeze him. The German yelled on the radio “warn him that was not on.”

The battle was not over as they pulled a similar sequence at Turn 1 on lap 19 only this time Rosberg held Hamilton at bay. Running side-by-side Hamilton was able to find that extra speed and pulled ahead.

A lap later he was in the pits with Rosberg coming in two laps later. The duo went onto alternating strategies with Hamilton on the soft tyres and Rosberg on the mediums. The Brit was still in the lead after the first round of pit stops and was leading by 9.5s when the Safety Car came out on lap 41.

The Safety Car was brought out when Esteban Gutierrez was hit by Pastor Maldonado as he rejoined the race after a pit stop. The impact rolled the Mexican driver’s C33 but thankfully Gutierrez climbed unaided from his car. “Whew, what was that!” he said.

The Safety Car meant the field was bunched up, Hamilton’s lead was negated and Rosberg’s strategy – which saw the German switch to the soft tyres in his final stop – handed the pole-sitter the advantage.

Restarting on lap 47, Hamilton tried to pull away but Rosberg attacked, going around the outside only for that door to be shut. The 2008 Champ then put in back-to-back fastest lap with Rosberg responding with one of his own. From there the German launched his attack, yet again engaging in a thrilling but clean battle as the duo traded blows and cutbacks.

Hamilton held on for the victory, his second of the season, by 1.0s ahead of Rosberg. It was Mercedes’ second 1-2 of the Championship.

Behind the Merc drivers there was a thrilling battle for the final podium position, also involving several team-mate battles.

While Williams held the early advantage, it then went to Force India with Red Bull then getting into the mix. Racing hard – but clean – Sergio Perez claimed third ahead of Daniel Ricciardo, who fought back from his 10-place penalty.

Nico Hulkenberg was fifth despite an ERS problem in the latter laps as he held off Sebastian Vettel while the three-stopping Felipe Massa, who had been third in the early stages of the grand prix, was seventh.

Valtteri Bottas was eighth for Williams while the underwhelming Ferrari drivers of Fernando Alonso and Kimi Raikkonen completed the top ten.

It was a miserable weekend for Adrian Sutil, who – following on from his grid penalty for impeding another driver – retired on lap 21 due to earlier contract with Jules Bianchi. The duo clashed earlier in the race when Bianchi went into the corner too hot and smacked the Sauber driver as he tried to retake a position off him.