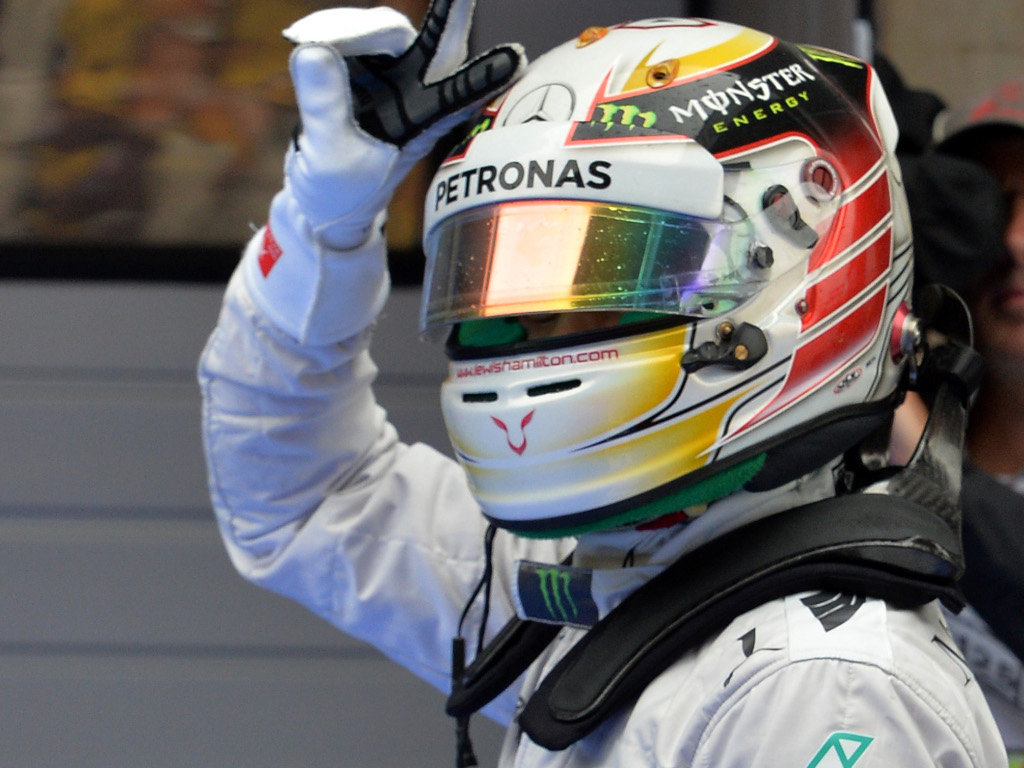 Lewis Hamilton’s phenomenal run continued in China on Sunday as the Mercedes driver won three in a row for the first time in his career.

Hamilton led off the line and went unchallenged as he built up a lead of 11 seconds over Sebastian Vettel ahead of the first pit stops. That lead was cut to 3.7s after the stops had panned out, this time ahead of Fernando Alonso.

However, that did nothing to distract Hamilton who once again set about building up an advantage. He was 16s ahead of Alonso when the Spaniard kicked off the second round of pit stops for the leading drivers and 12.7s ahead after them.

From there the Brit raced to his third successive win of the season – a first for him – and his third at Shanghai.

Nico Rosberg came back from a tardy start, which saw him drop to seventh, to finish in second place in Mercedes’ third 1-2 result of this Championship. The German was 18.6 seconds behind Hamilton.

Alonso held on to complete the podium, putting in several personal bests in the final 15 laps, to stay ahead of Red Bull drivers Daniel Ricciardo and Sebastian Vettel.

Once again fans were treated to a tense moment in the Red Bull battle as Vettel was told to move over to let his faster team-mate through. Told that Ricciardo had pitted after him, Vettel’s responded: “Tough luck.”

Two laps later, Ricciardo overtook him on merit and raced his way to fourth place with Vettel fifth.

Nico Hulkenberg brought his Force India home in sixth place ahead of Valtteri Bottas and Kimi Raikkonen. The latter once again had car trouble early in the race, telling his team: “What the f*** is happening?! I’ve got no power at all.”

Sergio Perez was ninth while Daniil Kvyat completed the points ahead of Jenson Button.

Meanwhile, Felipe Massa’s chances was undone by his Williams team when they tried to put his rear left on his rear right in his first pit stop. Realising the problem they then struggled to get the rear left attached and Massa dropped from sixth to 20th.

Massa, though, at least finished the grand prix, something Adrian Sutil (engine) and Romain Grosjean (gearbox).