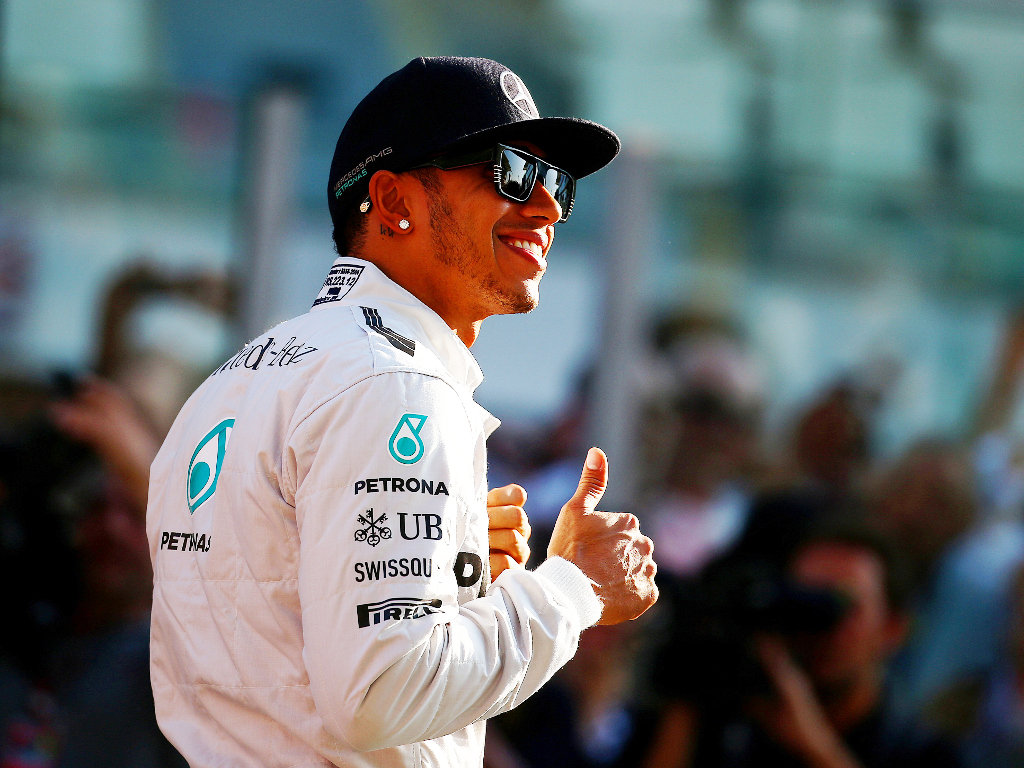 Lewis Hamilton was crowned the 2014 World Champion, wrapping up the title with a victory in Abu Dhabi while Nico Rosberg’s efforts were blighted by a loss of power.

Starting the season finale with a 17-point advantage, the odds were always in Hamilton’s favour as a first or second place would secure the title.

The Brit, though, wasn’t taking any chances and shot off the line at the start while a touch of wheelspin was all it took for pole-sitter Rosberg to fall behind.

With pit stops and strategy set to play a role, Hamilton pitted on lap 11 and Rosberg a lap later. Mercedes had hoped to keep the German out three laps longer but tyre wear meant he had to follow his team-mate in.

Back out running first and second, the duo traded fastest laps, separated by two seconds in Hamilton’s favour.

That gap was extended to almost four seconds when Rosberg made a mistake on lap 24, locking up and running wide at Turn 20. His woes were compounded when, a lap later, he reported that he was “losing engine power.” He was told “ERS has failed.”

Falling further and further off the pace, it wasn’t long before Rosberg was overtaken by Felipe Massa and then later by Valtteri Bottas.

While the German was struggling to remain inside the top five – the position he needed to be in should Hamilton’s car fail – his team-mate turned down his engine to coast to the victory.

The Brit was challenged in the final stint by Massa, who opted for the supersofts for his final 11 laps and closed the gap lap after lap.

In the end, though, Hamilton held on for the victory by 2.5s ahead of Massa with his 11th triumph of this season ensuring his second F1 World Championship title to go with his 2008 success.

Massa was second on the day ahead of Bottas, handing the Williams team their first double podium result of the Championship.

Daniel Ricciardo brought his RB10 home in fourth place despite starting from the pit lane while Jenson Button was fifth in what could be his final race for McLaren.

Rosberg was called in to retire on the third last lap but instead told Mercedes he wanted to continue. He did, finishing P14 and a lap down.

There were three other retirements from the grand prix with Daniil Kvyat stopping on lap 16, Pastor Maldonado’s E22 catching fire on lap 28 and Kamui Kobayashi pushed into the back of the garage on lap 45.