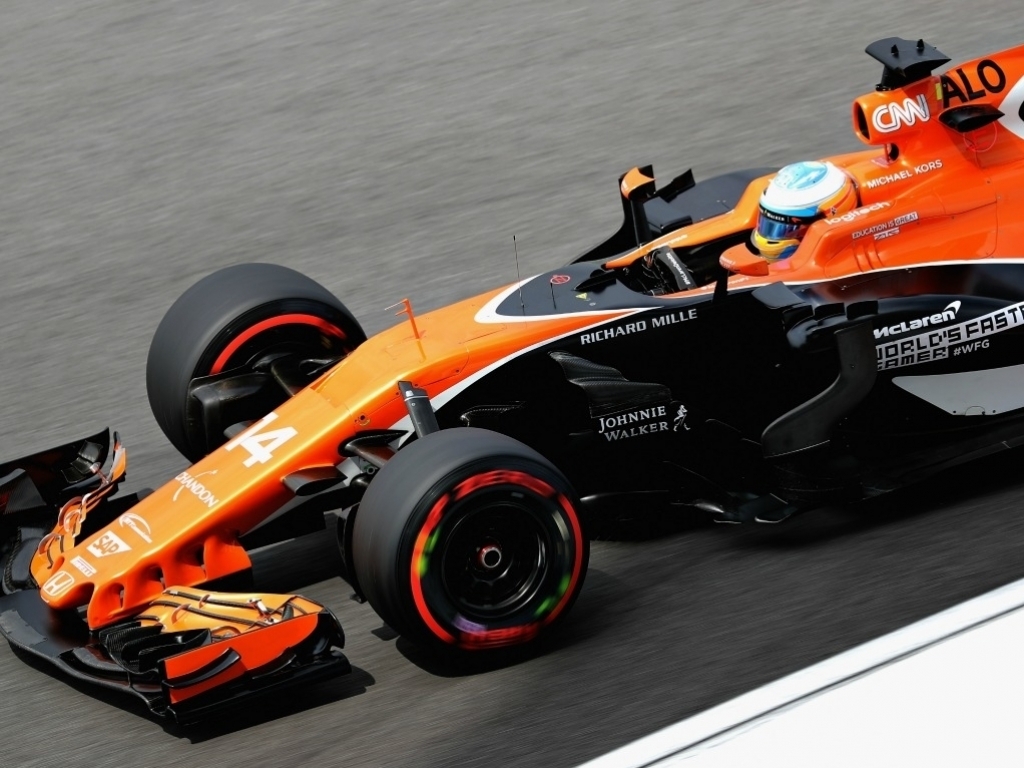 Fernando Alonso suffered yet another retirement when running in the points; miserable race for Haas on home soil.

Stoffel Vandoorne: “Today was actually a pretty exciting race for me! Even though it wasn’t for any points, I think I put in a very good performance after a difficult qualifying starting from the back. We made a lot of overtakes on merit in the corners, which maybe weren’t really expected considering the lack of straight line speed we have. We had a good strategy and some good fights on track, so I’m happy with my pace and I think we maximised our potential today. It was a shame to get so close to the points, but we were always going to struggle starting so far back today with the penalty. It’s always satisfying when you can overtake on track and we were reasonably competitive, which is encouraging, but we’ll have to wait and see for the next few races. We know that some tracks suit us a bit better than others and this one should have been one where we scored points. We can’t guarantee that we won’t have to take more penalties in Mexico, but we’ll wait and see and hopefully can make the most of every chance we get.”

Fernando Alonso: Today I think we really deserved to collect some points. We did a good qualifying, a good race, and made a good start, but with no reward. From our side I think it was an amazing performance. On the straight I lost power – I felt some vibrations in the engine and some really weird things were going on. It’s such a pity. In the last few races we have lost so many points – possibly 15 or 20 – which probably could have helped our position in the championship for myself and also the team. It’s painful, especially because today we were seventh on merit and we had fought for that. There are only three races remaining and we really want to do well, because the boys in the garage work really hard day and night to prepare the cars properly. Even this morning they had to change Stoffel’s engine and both crews were working together on that, then they prepared for the race and performed some perfect pitstops. Today really was a missed opportunity.”

Romain Grosjean: “Not much pace in the car, and massive tyre degradation on my front-left tyre. I was trying to hang in there, but the last few laps I felt it was pretty dangerous. Off track the weekend’s been great with the fans. I’m very sorry we couldn’t put on a better show from the team. We’re all going to work hard. We know Mexico was tough on us last year but, hopefully, we find some solutions. We’re going to work hard, but right now it’s disappointing not to put on a better show at home.”

Kevin Magnussen: “Not the best day for us, but the car was actually better from qualifying. We just had to pit at the first lap, so our tires – we tried to do the whole race on softs, but not quite possible. We had to try. It was the only thing we could try in that situation. So, onto the next one.”

Marcus Ericsson: “It was a good weekend for us. We could fight with our direct competitors throughout most of the race, and were able to keep up a good pace. Unfortunately, it became difficult to keep that up after having a collision towards the end of the race. Overall, the weekend was positive, and the race was one of my best this year. That’s definitely a good step forward, and we have to continue making progress to return stronger in Mexico.”

Pascal Wehrlein: “It was a short race for me today. I had to retire after my car was damaged in a collision that took place during the first lap. That was very unfortunate and did not give me a chance to earn a good result. On a positive note, we will be back in our cars in Mexico in just a few days. I hope to have a better race there.”