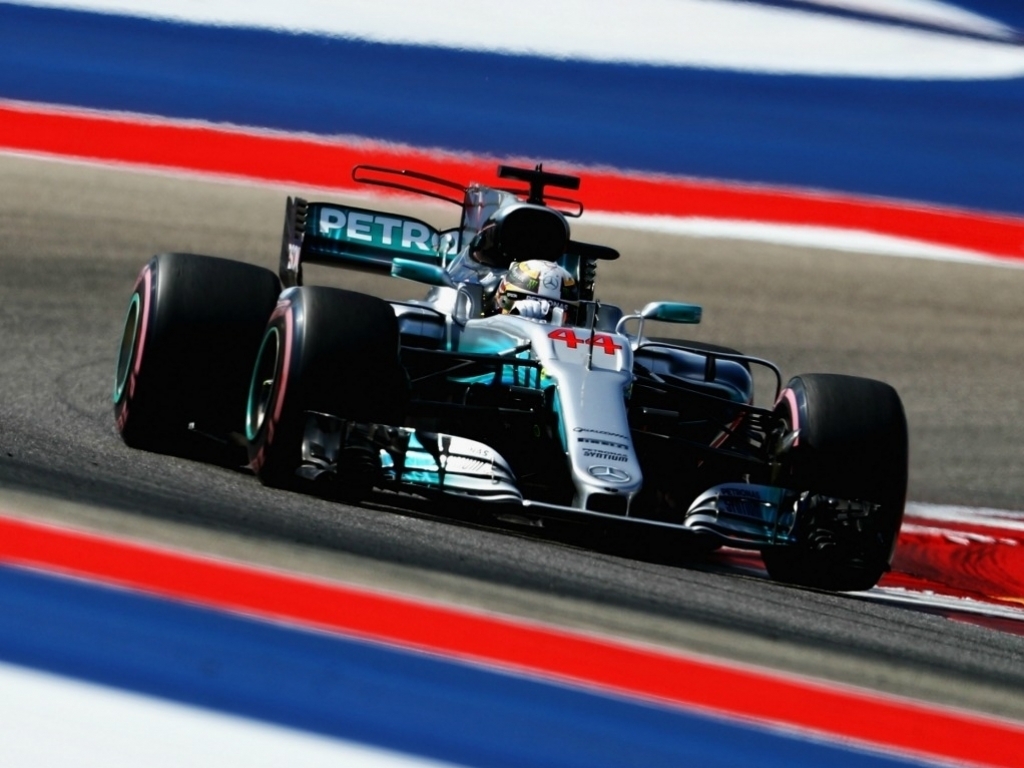 Lewis Hamilton: “Firstly, I want to say big congratulations to everyone in the team – both back at the factory and here. There has been an incredible push for this kind of performance this year. We really pulled together more than I have experienced and seen over the last five years to create something quite special. I’m really proud for everyone, especially going from one era of car to another which is something that has never been done before. It shows the strength of the team and I’m proud to be part of it. The race was great, it was probably one of the most fun races that I have had for a while – and there were quite a few fun ones this year. I didn’t get away to a great start, but I was kind of chilled about it, knowing from the past that I can overtake here. I had a lot of fun trying to get closer and overtaking. Today the wind changed 180 degrees and it made the track so special to drive; the car felt amazing going through the Esses. We have three more races left this season – and that’s three I want to win.”

Valtteri Bottas: “Today was a tough day for me. In the first three quarters of the race, everything was going quite well and the pace was not bad. However, I couldn’t make the one-stop strategy work with all the fighting with Sebastian and Kimi in the second stint. That was wearing the Soft tyres off quite a bit, they started to go and it simply was not possible to stick to just one stop. I tried everything I could to defend, but it was too late, so unfortunately we had to pit again. I’m still disappointed with my race, and I will need a few moments to get over it. However, I’m also happy for the Constructors’ title. It is amazing to be part of this championship-winning team.”

Sebastian Vettel: "My start was good today. I think also in Japan the start had been that good, but we just didn’t have power, so it’s good we had it done here. It was good to get the rhythm, but after a couple of laps I was really struggling with the tires that were getting too hot. I am a bit disappointed, because we couldn’t win and I had wanted to. We are on the right track, but all the things that happened to us came out not because of bad luck or because of somebody else; I think it was all on our side and we need to admit that. Then there were races in which we were stronger and we just didn’t race, which is even worse. There are positive aspects, but this was not the result we were looking for and thus, of course, it was not the best day."

Kimi Raikkonen: "My car worked very well through the whole race. I was very pleased, it was so good and nice to drive. I felt we had a lot of speed and the tires lasted very well until the end. I’m sure that if we had started from the qualifying position we deserved, our pace would have been enough to get us a much better result. We kept gaining ground whenever I could push, which was a very good feeling. In the last part of the race I could have gone a lot faster, but I also had to manage fuel, so I slowed down my pace and this was a limiting factor. The final result could have been better, but we have two cars on the podium, so we cannot be too disappointed. For the next race we’ll try to be even stronger. Regarding the incident involving Verstappen, I can’t comment, because I haven’t seen what happened from where I was."

Max Verstappen: “I am feeling good after the race but of course it is never nice to be about to step out onto the podium and then have it taken away. They should at least let us talk it through in the stewards’ room first and voice our opinions. I had a great race and I am happy with fourth but it’s the way I got there that hurts. I got a five second penalty and one penalty point for what? I ran wide on a track with no limits that everyone is running wide on all weekend, why do I get punished? The rule is we cannot protest so all we can do is move on to Mexico, weird rule. We have an amazing race with loads of overtakes and action and then due to 5cm or 10cm of kerb the result is changed, people don’t like to watch that. At the end of the day I had a lot of fun and a great race. I feel I made some really good overtakes and had nice rhythm with really strong pace and balance in the car. Taking all these factors into account and no engine penalties I’ll hopefully start near the front and achieve a better result in Mexico.”

Daniel Ricciardo: “It’s obviously never nice to be out of the race early. There were a lot of elbows out and you could see a lot of contact, so I wouldn’t have suspected it would be due to a mechanical issue but of course it was disappointing to finish early. I think I tried to get the most out of it today and the laps I raced were fun but also frustrating. I felt that, especially earlier on, we were quicker than Valtteri, but I always had to come from so far back that it was never going to be an easy move. I tried a lot of times to make it stick but could never quite manage it. I wasn’t going to drive behind him all weekend wondering what could have been, so I don’t have any regrets with the moves I tried. It’s just frustrating to not continue that battle. I did enjoy it out there though. Every time I tried to overtake Valtteri he would just slip back underneath me and I thought: alright let’s try again. I think we’ll probably have to take a penalty which means that I will start at the back in Mexico. I’ll do my best to try and charge through the field and you’ll hopefully see more of today in Mexico.”