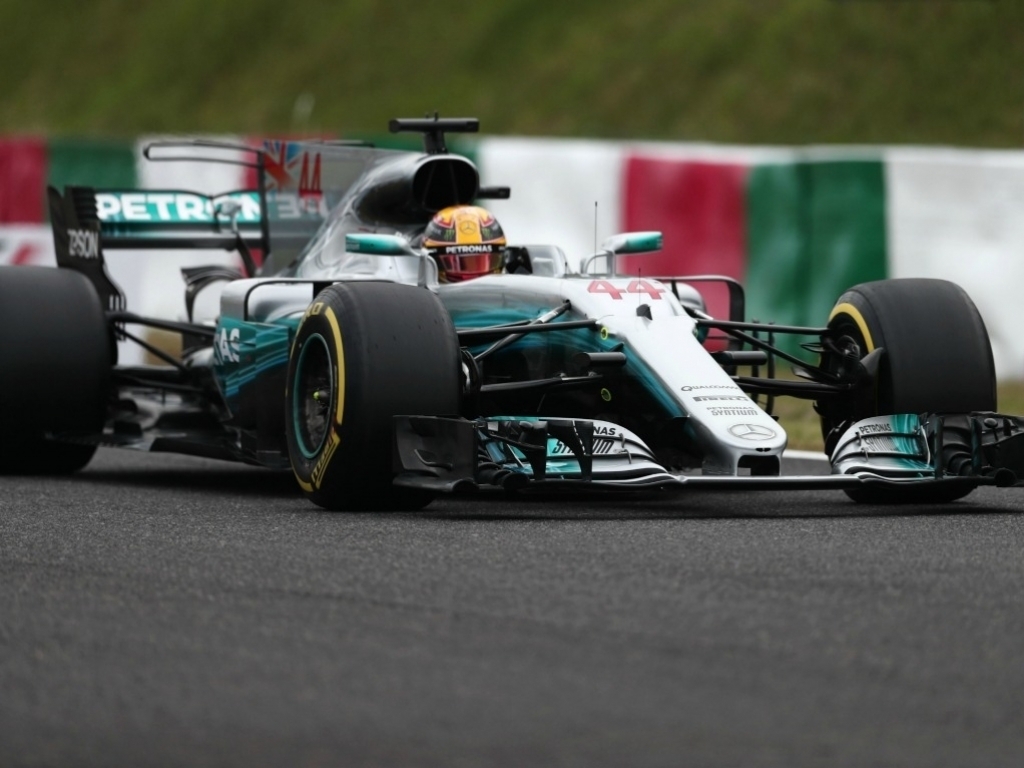 Lewis Hamilton held off a late charge from Max Verstappen; another killer blow for Sebastian Vettel after latest DNF.

Lewis Hamilton: "The start was okay, although the initial getaway was not spectacularly good, I had a bit of wheel spin. But from then on I had a good start and it was pretty much under control from there. I was trying to manage the pace and the tyres; it was a long way to go, it was the hottest the track had been all weekend, so that was really crucial. With the VSC towards the end, I lost a lot of temperatures in the tyres and waking them up was not so easy. I got stuck behind traffic, I was losing so much time and Max' car was so big in my mirror. It was very close for a couple laps, but I was able to keep it together. It was not an easy walk in the park today, it was a win that I had to work very hard for. Great race by Max, I enjoyed racing him. It's almost unbelievable to think we are where we are in the championship. I was excited to race Sebastian today, but he was obviously very unfortunate. It's still a long way to go, there are still a hundred points. I'm just going to keep my head down and hopefully will continue to be in a form like this."

Valtteri Bottas: "It was a close fight; especially in the end I was getting closer to Daniel, but there just was not enough time anymore and the VSC didn't help either. The pace seemed to be okay, but coming to this race we always knew that overtaking is tricky. The strategy was good for me today. It created a good opportunity in the end, otherwise it would have been really difficult to even get close. The race was close to our game plan, but it would have been nice to be on the podium. We went through all of the scenarios before the race, so when Lewis caught up to me after his pit stop, of course I tried to help him win. I've definitely learned a lot again from this weekend. I now want to focus on the last few races, make the most out of them and see where we end up this year. I'm looking forward to Austin. I enjoy the track very much; it's where I got my first points in Formula One and I always love going back there."

Max Verstappen: “This is my second year in a row on the podium here at Suzuka; it seems like Japan is a good place for me! Our car was very competitive in the corners but it meant we lost a bit on the straights and weren’t ever really able to have a proper go at it. The degradation on the soft was really good and the balance felt good throughout the race, which is really positive in terms of finishing the season strongly. Lewis had some difficulties when he had traffic in front but at the end of the day he was controlling it. The traffic gave me a bit of a chance to close up and potentially have a chance to take him. It was a bit of a shame the back-markers came into play but I don’t think it made a big difference, once Lewis had clean air I would have struggled to pass him. It just seems that the Mercedes struggle when following other cars closely. In the race it seems we are always more competitive than Qualifying, so I’m looking ahead to Austin and hoping we can carry this form on and get another podium. Two podiums in two weeks means I leave Asia extremely satisfied and excited to get back in the car in the US and try and extend this streak.”

Daniel Ricciardo: “Overall the race today was a thumbs up for me. At the start of the weekend I said I wanted to get a podium in Suzuka and I got it. I can’t go back on what I said and wish for more, but I need to look back at the start and the actual getaway as that was what cost me the place to Max and Ocon. The first 100 metres could have been better but otherwise the race was pretty lonely in third place. As fun as this track is on one lap it’s tricky to do much in the race and very hard to follow another car. In the end it was actually nice to have some pressure from Valtteri to keep me pushing all the way to the finish. I felt confident I could keep third place in the closing laps if I drove cleanly and hit all the apexes, which is what I did. I’m happy to spray some more champagne, it’s my ninth podium of the season which is a new record for me and to be in the position that we are now makes me pretty happy. It’s really encouraging for the team to have another double podium, both cars are getting to the finish reliably now and we are also quick. We should be able to put up a good fight in Austin and Mexico and if we can keep this rolling into 2018 then absolutely we should be looking pretty good. All I have to say now is arigatooooooooo Japan.”

Kimi Raikkonen: "Our starting position today was not ideal. I did a decent start on the soft tyres and in the first lap I tried to gain some positions, but when I attempted to pass a Renault I ran wide and lost some places; so I had to make them back. The feeling in the car was a little bit tricky all the way through the race, not the nicest balance; some laps were ok, some others a bit more difficult. It’s quite tricky to follow other cars on this track; we did a fairly good job out of overtaking people but we were too far from those at the front. Obviously, the final result is far from being the best possible. As for Sebastian, I don’t know what happened; we have made a lot of improvements over the last few years as a team, but now, for whatever reason, we suddenly seem to have technical issues coming out from nothing. It’s kind of weird, our cars are running perfectly and suddenly on Sunday there is an problem that nobody expects. There is some work to be done on that side. Then we are going to push until the last lap of the last race and we’ll see where we end up."

Sebastian Vettel: "I don’t know if this situation has much to do with reliability. But we didn’t finish the race, so there is a problem. I think it was a small issue causing a big one. We didn’t have power already at the start and we tried to reset everything getting the power back, but something didn’t work. Of course now the Championship is more difficult and not finishing the race doesn’t help. I also said to the guys to get back home and have some rest because it’s been a tough week with a lot of changes. Then we’ll come back with a better package to do well for the last four races and then we’ll see. Overall, I believe the team is in a good way. We are improving race by race and there are positive aspects too. But, of course, today you can’t look too much at positive things."