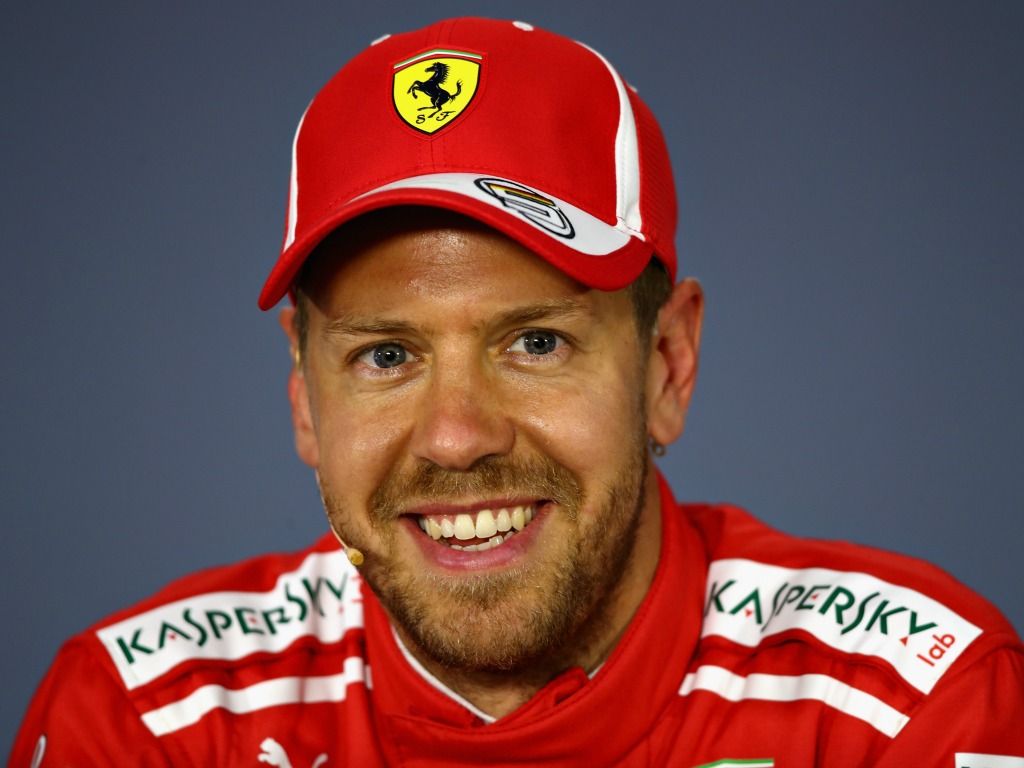 Sebastian Vettel: “This win is very important for our tifosi and for our team, today is a special day. 40 years ago Gilles won here, then 14 years ago it was Michael and I was thinking of that today. At the start I tried to build up a margin, I was happy with my first lap and then the safety car came out and I had to start over again. During my last 10 laps I prayed that my car would not develop a problem until the end! Points are always important but today this win means a lot and not just in terms of Championship. The season is still so long and there are many races ahead. The main thing is that our car is strong and stays like that, so that we can fight.”

Kimi Raikkonen: “Yesterday’s mistake in qualifying did not put ourselves in a good position for the race. Overtaking was very difficult here; I tried to get ahead of Hamilton after my pit stop, but it did not work out. Then It was even difficult to get close enough to him to open the DRS. It was a surprise, because on this track you would expect to see overtaking and fights, instead it was a similar story to two weeks ago in Monaco. The race was boring and not much happened. We decided to stay out a little bit longer on our first set of tyres and I don’t think that cost us any position: it was our only option to try something different.”

Valtteri Bottas: “We tried everything we could, but I don’t think we had a chance to really fight for the win today. I had an exciting start to the race, when I was defending second place as hard as I could. I was on the outside in Turn 1, trying to carry a lot of speed to be on the inside line for Turn 2. I went wheel to wheel with Max, we fought hard, but it was all fair and I was just happy that I managed to stay ahead of him. After that I was trying to put pressure on Sebastian, but didn’t have enough pace. The Ferrari was controlling the race and we just weren’t quick enough today. I backed off late in the race to save some fuel which is why Max got so close. We were the only top team that didn’t bring a new engine for this race, everyone else had an improved power unit. Hopefully the introduction of our new engine in France will help us in the fight with Ferrari and Red Bull.”

Lewis Hamilton: “It was a tough day in the office today, but I’m just very grateful that I finished today’s race and score some points. From the start I was down on power and my engine was overheating. I couldn’t get the temperatures down, so I just thought it was going to fail. Every single lap I was waiting for the power to just drop away and disappear – but it kept going. I could have lost a lot more points today; fifth is not the strongest result, but it could have been a lot worse. Ferrari have been doing a slightly better job and brought a better package, but we are very close. The guys are working really hard, but each and every one of us can always do better and improve. We will just keep our heads down, keep pushing and stay positive.”

Max Verstappen:“The whole weekend we were very competitive and in the race, with the tyres we had, I think we maximised our strategy and we were very happy with the result. Every single weekend you go in you try to win and here practice has been good, Qualifying has been positive and the race went well too. Of course we’re very pleased with that and to come away with a podium and challenging for second at the end at this track, which is not ideal for us, is really positive. When you feel confident with the car then you can do a good job, and during the race I think we managed the car in the best way possible on the hypersoft tyres. In this kind of race you have to manage a lot, fuel first of all, then also the tyres, you have the pressure from behind, you don’t want to let them into your DRS but one point I can see that I was pulling away quite comfortably so then I was challenging Valtteri at the end. So the race was in one way maybe a little bit boring but on the other hand you needed full focus on doing a good job. Seb was very fast today and I could quickly feel that we were just lacking top speed. They tyres were holding on really well at the end when I was challenging Valtteri because he was fuel saving which shows our car was working well and for sure we have a very competitive car at the moment. I don’t think we can challenge for victories on every track, it just depends on how long the straights are but for now I am looking forward to the upcoming races.”

Daniel Ricciardo:“It was actually a pretty good day and I don’t think I could have done much more. I know it’s fourth but I’m actually happy. Starting sixth I didn’t know how much to expect on this track as the reality is that it’s not that easy to overtake around here anymore. I’m really happy with what I did and what the team did. We went for the hypersoft knowing it was more aggressive and we knew we had to maximise the tyre at the beginning of the race which is what we did. We got Kimi on the start and then a nice overcut on Lewis, so I think we did everything we could. It wasn’t the smoothest weekend on my side of the garage, we had the upgraded engine but we had a few issues trying to get it calibrated, I think that’s the right word, even during the race it wasn’t that easy at times to manage tyres and wheel slip, so for that I think we did the best we could. The good thing is that Max’s engine seemed to be running well, so we have that as a reference moving to France. It’s probably the first time in a while that we have gained really good team points so it’s a good weekend from that perspective and also good for Max. I’m looking at the positives (laughs) we also took two points from Lewis so we’re still in the championship, we’re still there. Last thing, It’s my mum’s Birthday, so Happy Birthday Mum.”