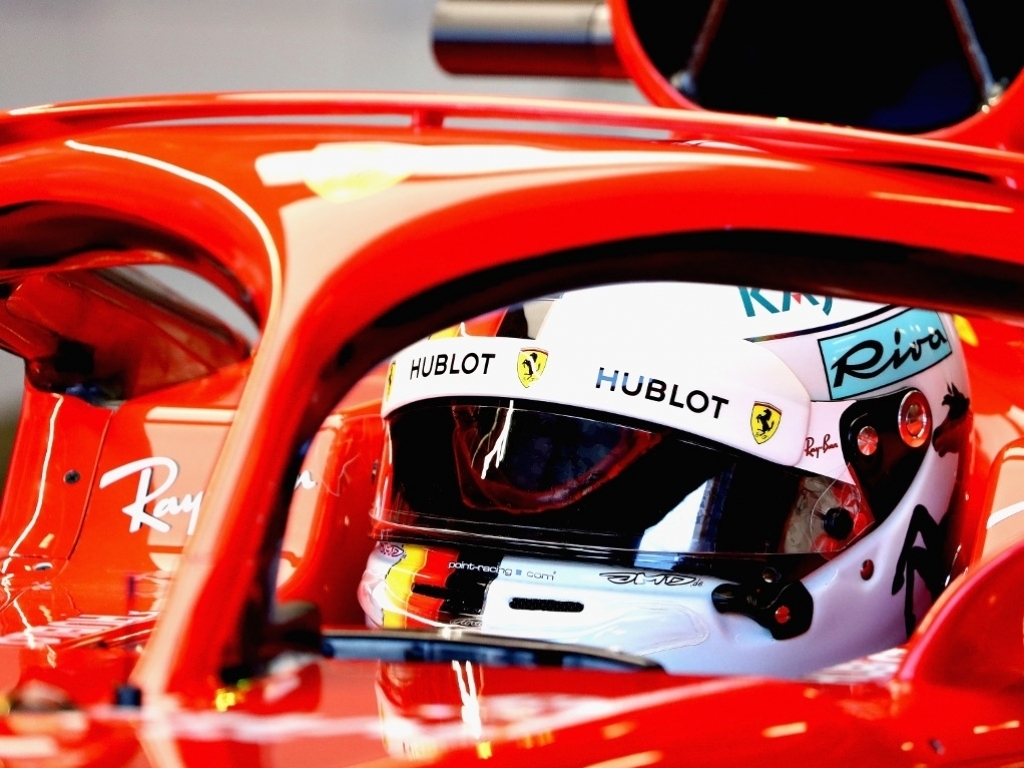 Sebastian Vettel stole victory under the VSC from Lewis Hamilton; a mixed day for Red Bull.

Sebastian Vettel: "Today has been our day. The Safety Car helped of course, but apart from that, I think we did everything we could do as a team. So when something happened, we were ready to react. We did our job before the race, evaluating different scenarios, and then in the race we had the pace as well. Lewis was under pressure, he was fast, but not as much as he needed. As for me, I need a little bit more of confidence with the car, which is not where we want it to be yet. There is a lot of work to do, but it is great to have both cars on the podium today. Yesterday in qualifying the car came alive, but it was still a little bit tricky, so we have some homework to do. I still need to drive around the issues more than I want to. I know exactly what I want, and we need to work on it. I believe the car has the potential we need."

Kimi Raikkonen: "A win with two cars on the podium is a very good start of the season for the team. Maybe I have been a bit unlucky today, but at least the luck came to our team. Third place it’s not exactly the result we wanted, but it’s only the first race and the big picture is not too bad. So I happily take the third place. Overall I was pretty happy with my car today, the speed was there all day. It’s nice to have a good feeling. For sure there are things to improve, but if the feeling stays like this we’ll have all the tools to fight. And this is the most important thing. This is a quite special track in many ways, so let’s see what happens in the next race. Bahrain it’s not very straightforward either; from year to year we have seen that the hot conditions don’t give a 100 percent true picture. We need to be patient and do our best wherever we go."

Lewis Hamilton: "I did everything I could today, but it's not what anyone expected to happen. I'm still in a little bit of disbelief as I don't really understand what happened yet. Once I get back with my engineers they'll do a debrief and obviously I'll find out why. This weekend there was so much talk about party mode or if Ferrari would be quick enough. I don't think the gap was as big as it seemed yesterday, it's just that I had a good lap and maybe Sebastian didn't have a good lap. But today they were very, very quick. I put up a bit of a fight towards the end but they were within a tenth of us today. At least in my heart I know that I gave everything this weekend. I'm sure the team is feeling pain right now but we will regroup and we'll work on it."

Valtteri Bottas: "It was a bit of a frustrating day. I got some points, but not as many as I was hoping for, even starting 15th on the grid. We had a good car, it felt just like in qualifying, the team did a really good job on that. Unfortunately, we just couldn't make anything out of it because it is so difficult to overtake on this track. I also struggled a bit with overheating issues on the engine when I was following other cars, so I had to back off many times. It's been a disappointing weekend and certainly not an ideal first race, but we still have 20 races to go. We need to learn from this weekend and try again in two weeks in Bahrain."

Daniel Ricciardo: “I woke up this morning happy because it’s race day and it’s been too long since we raced so, already before the race I was just happy and smiling. It’s a long wait and in the week leading up to this race, you talk so much about the race and it’s like, let’s just do it. I’m happy with the way I drove today and we had a very fast race car. It’s not often I sit behind someone for most of the race but it’s a tight track and one of the more tricky ones for passing. There were a couple of times I had a look at turn three but Kimi was wise to that and could see what I was planning. Towards the end I applied more pressure on him but he was able to up the pace as well. I think we’re pretty close with Ferrari and our race pace is strong, which I thought would be the case, so we just need to get a few more tenths out of Qualifying and then we should be looking good. Being so close to the podium and getting fastest lap is definitely an encouraging way to start the season. I want to thank all the fans for coming out and supporting us today and now it’s definitely time to go and put my feet up for a couple of days after a busy week!”

Max Verstappen: “The start was ok but I got a bit unfortunate at turn one and ended up in the wrong position so lost out on fourth. I tried to follow as best I could but experienced a few issues with the feeling of the car. I think at about lap four or five I sustained a bit of damage on the car, I’m not sure what from as I didn’t have any contact or hit any curbs hard. When I jumped out of the car I could see some damage and I also think something broke off so we need to investigate what that was. The issue made it hard to hold on mid corner which eventually led to me spinning and then struggling for the rest of the race. Luckily I didn’t lose too many positions due to the spin and still managed to have a battle to the end. It is still really hard to get past the cars ahead as soon as you are within a second. This track is hard to overtake also but when you have limited grip it is extra hard. The car has been running and feeling really good all weekend so it’s a shame to have the damage and then the bad feeling during the race. We are happy to score some points considering the circumstances, as soon as we had clean air the pace was good. Looking ahead I think if we can have a good Qualifying and clean start then everything else should sort itself out in the race and we can be competitive.”