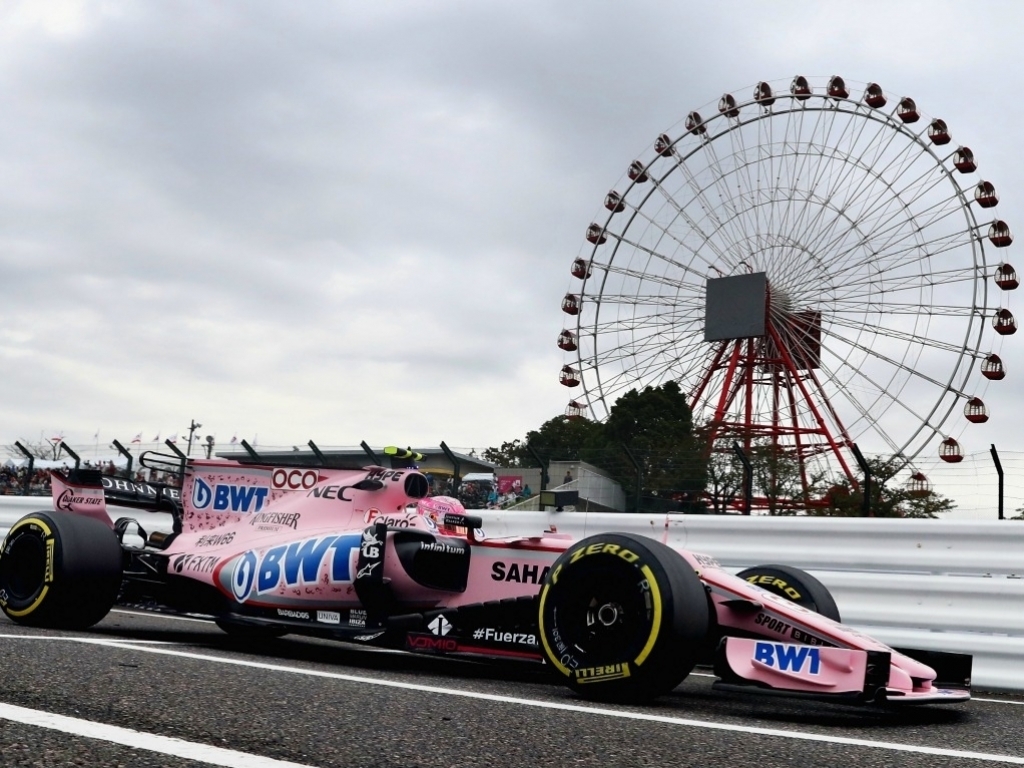 Esteban Ocon: “It was a great race, especially the start and the opening laps, and I was running third for a long time. We are still missing a little bit of pace to keep the big guys behind, but it was great fun fighting at the front. I tried my best to keep Ricciardo and Bottas behind, but they were just too quick and I had to let them go and focus on my race. The main challenge today was managing my pace because it was a one-stop race and it was important to look after the tyres so they would be strong at the end. I was running ahead of Checo, we had nothing to gain from the cars ahead and a comfortable margin to the cars behind. So the priority was to bring the car home and score the big points. It’s been an awesome weekend and it feels as though we achieved the maximum, which is why this result is so enjoyable. We also learned a lot about the car, which will make us stronger in Austin, so that we can hopefully close the gap on the teams ahead of us.”

Sergio Perez: “I am very happy for the team with this great result, which was definitely the maximum we could achieve today. It was a relatively easy race: we had a strong qualifying session and we had good race pace, so we spent a lot of time on our own. I felt I was quicker than Esteban in the second stint and I had an opportunity to overtake him at the final restart, but we followed the team’s instructions. We knew this would be the case so it wasn’t a surprise, and swapping us wouldn’t have made a difference in terms of points for the team, so I understand the team’s perspective. In the end, Esteban did a great job during the whole weekend. The last two races have been really strong for us and I am very pleased with the results we have achieved. The ‘Fuerza Mexico’ message on the podium before the race meant a lot to me and I’d like to say ‘thank you’ to everyone in the paddock. The support my country has received in the last few weeks has been incredible and I hope we can keep helping, especially as we get ready for the race in Mexico later this month.”

Kevin Magnussen: “I enjoyed my race. We maximized our potential as a team getting P8 and P9 and scoring points. I don’t think we could’ve hoped for better, so I’m happy for us. I feel I’ve had some good races lately, but just haven’t had that bit of luck that I needed to get the points. Today, it worked out. Hopefully, I can keep this going and score more points over the last bit of the season. Results like today are definitely not easy to get. You need to get everything right, and I think we did today, so well done to the team.”

Romain Grosjean: “It’s our second double-score for the team, so that’s pretty awesome. I’m very happy for the team. I knew yesterday I had some great pace in the car. I couldn’t show it as I was always behind Kevin all race long, but I had much more pace in the car. I wish I could’ve been ahead. I think I could’ve fought with the Force Indias, so that’s pretty good. We figured out how to get the tires to work a little bit better. It’s clearly the key. When they work, it’s so much faster. When they don’t, you just struggle. We still need to improve that, but I felt much better in the car. I was happy with the brakes, everything went well. It’s going to be great heading to Austin now for our second race there. It’s such a cool track. I’m looking forward to seeing all the fans welcoming us and, hopefully, getting some more points there, as well.”

Felipe Massa: "It was a very difficult race for us today. I was struggling with the degradation of the tyres with both sets. The other cars had better pace than us today and it’s difficult to understand why. At the end, I lost positions to both Haas in a move that was a little bit tricky, but they were much quicker than me anyway. If they didn’t pass me there, I think they could have passed me afterwards with the pace difference. I’m not happy with the pace today, but looking at the problems we had, we still finished in front of Renault and Toro Rosso, and one point is better than nothing."

Lance Stroll: "I had a really good start and was up to 11th, but then I made a mistake in Turn 11, hit Magnussen and I think something went on the car. I had to box really early as I thought something was broken or I had a puncture. Then I had a long stint on the soft tyre, working my way back up, but we were out of the points at that stage. I then felt there was something a bit strange at the front end, and then had a puncture. It is always surprising when you get a puncture, as it is very much unexpected and unfortunate at the same time. I was very close to Ricciardo when I came back on the circuit, but I managed to brake without anything happening. Now we just have to turn the page, as it wasn't a lucky weekend for me, and look forward to Austin."

Fernando Alonso: “We started 20th and we finished 11th, with a good recovery, with only one pit-stop, and starting on a used set of tyres. That was a pretty huge effort from everyone on the team. After the penalty on Friday night, due to the engine change, I think we deserved that one point – we fought hard for it. It was an unlucky situation with Felipe towards the end of the race. He was struggling a lot with his tyres when the Virtual Safety Car came out. That meant he could breathe a little bit during those laps. Then, in the last two laps, the leaders of the race caught up with us, and Felipe again missed out on an attack, and ultimately took the point for 10th place. We’ll try again in Austin. Hopefully with no penalties. And from our usual grid position. And with some better luck…”

Stoffel Vandoorne: "We’ve had a couple of good races; but today’s was one to forget, really. I made a reasonable start, then, as we went into Turn Two, and everyone was trying to find some space, I got hit by Kimi. I don’t think it was intentional, it was just cars being in the wrong places at the wrong time. My afternoon was compromised from that point – I fell to the back, and drove my own race to the flag. Nonetheless Suzuka is a very special place, so it’s just a shame we couldn’t get a good result for all the thousands of fans in the grandstands today. The team deserves a bit of a break after this tough Asian triple-header. They’ve done a fantastic job in the past three races, now it’s time to go back to Europe and hit back hard in the final four races.”