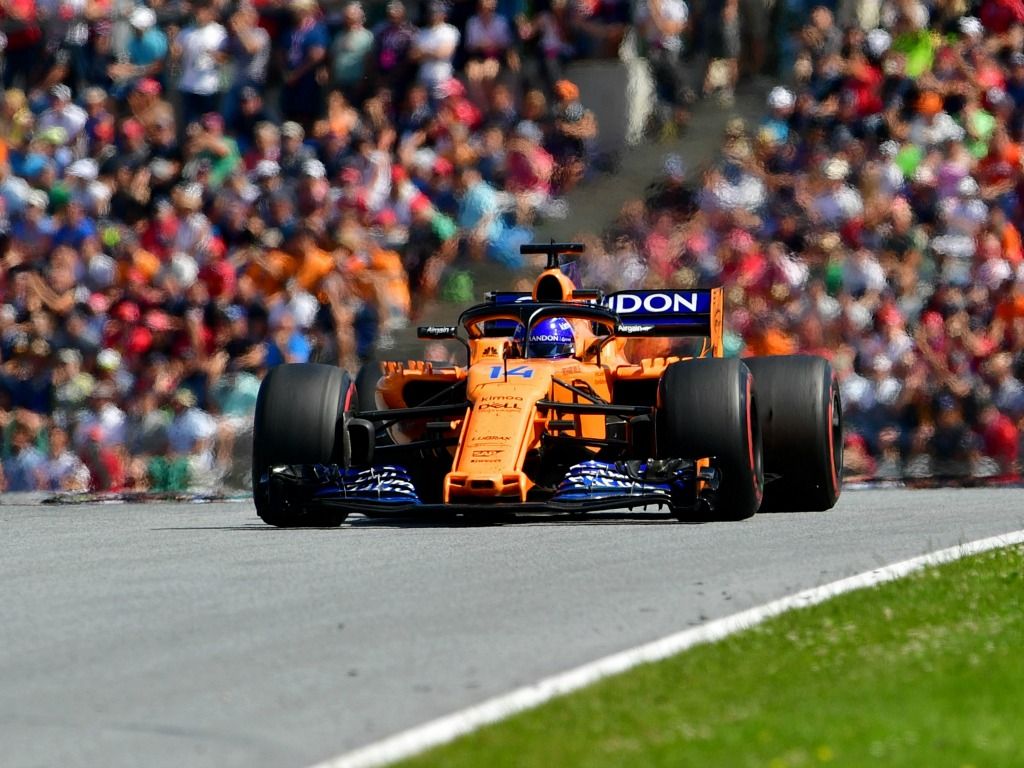 Both Force India and Sauber got double points finishes in Austria, with Fernando Alonso taking his McLaren to P8. Toro Rosso missed out on the top ten.

“I’m happy with this result and it’s a very good day for the team. We can be really pleased with our performance today. We managed our tyres well and made the one-stop race work when others around us were struggling. We kept our tyres going until the end and we also showed great teamwork with Checo as we swapped places to chase Magnussen. I think we showed where this team is strong. Hopefully the next updates will keep bringing performance to the car and we can keep the momentum going. The championship battle in the midfield is going to be very close until the end of the season and we need to keep pushing.”

“It’s been a really positive day for the team. We have come away with important points from a weekend that was quite challenging in the lead up to the race. Starting from P16 on the grid and finishing seventh is a great effort and we should be proud of this achievement. Yes, there were some cars that retired ahead of us, but we raced well and made our strategy work so that we could take advantage of these opportunities. We didn’t pit under the Virtual Safety Car, like many others did, but the strategy we chose worked really well and I had strong pace all afternoon, especially in the closing laps. I wanted to chase down Magnussen at the end, but it just wasn’t possible.”

“I’m very happy – we didn’t expect points today, so that was a very nice surprise. It was a strange race. I started from the pit-lane, was then running 19th after the first laps, then I got stuck behind a group of cars and wasn’t able to run at my proper pace. Also, the front wing we ran was last year’s, so we didn’t know exactly how it would behave with the rest of the aero package. The race was quite chaotic: the hot track temperatures caused a lot of blistering for everybody, but I was able to take care of them and capitalise on that. The points were a nice reward, but we need to keep improving. The next race is our home grand prix and we need to be more competitive there.”

“It was a normal racing incident on lap one: into Turn Three, there were three or four cars side by side, and that corner closes up at the apex and the exit. There was no way to avoid contact, unfortunately. After pitting for a new nose, I came back out in traffic, getting blue flags straight away as the leaders went past me. It was very frustrating to have to let all the cars through.Towards the end, I got some clear laps and managed to overtake some cars again. There was some pace in the car – if you look at the lap-times, we were much more competitive today than we were in qualifying. That’s a plus. The team getting another few points is another positive to take away from a difficult weekend.”

“It was an exciting day. After advancing quite a bit at the start, I fell back after a few laps and had a tough job ahead of me to recover enough positions to score some points. There was a lot of action during the race, and some good overtakes, so I really enjoyed driving today. It is great for the team that both cars finished in the top 10. This is an extra boost of motivation for all of us ahead of the upcoming races, and I look forward to seeing what they will have in store for us.”

“It was a great race. I felt good in the car, and had strong pace right from the start of the race. Our strategy worked very well. We also had another fast pitstop from the mechanics and I am really proud of the crew. It is a great result for the team to have both cars finish in the points today, especially after the difficult qualifying yesterday. We can all be proud of how we bounced back. I am really happy for the team and myself. I look forward to Silverstone, one of my favourite tracks.”

“I think that was one of the most difficult races I’ve had. Stoffel and I had contact at Turn 3 on the first lap which caused heavy damage to my floor and after that the car was sliding everywhere. I gave it my best and we were running inside of the points, but it was super difficult to drive the car and in the end I had no grip left on my tyres. It’s a shame to finish so close to the points. We brought an updated aero package to Austria this weekend, but with the damage I had on the floor, we lost a lot of downforce and we didn’t get a clear read on it. Today there was a real opportunity to score points as we were running 8th with a few laps to go so it’s a shame, but the potential is there. Now we have to focus on Silverstone next week and make a step forward.”

“We made a few changes to the aero balance compared to qualifying so I felt much better with the car today. In the first part of the race I seemed to struggle compared to the Saubers around me, but as the tyres got older, the car came alive and was getting stronger. Points were always going to be tough today, but I was battling with Ericsson and he finished 9th, so it’s a bit disappointing to see that! We were clearly really strong on tyres today but then something failed on the rear of the car. Initially I thought it was a puncture because I could feel something moving on the rear, but I’m not entirely sure what the issue is. We’ll look into the cause tonight and hopefully come back stronger next week in Silverstone.”