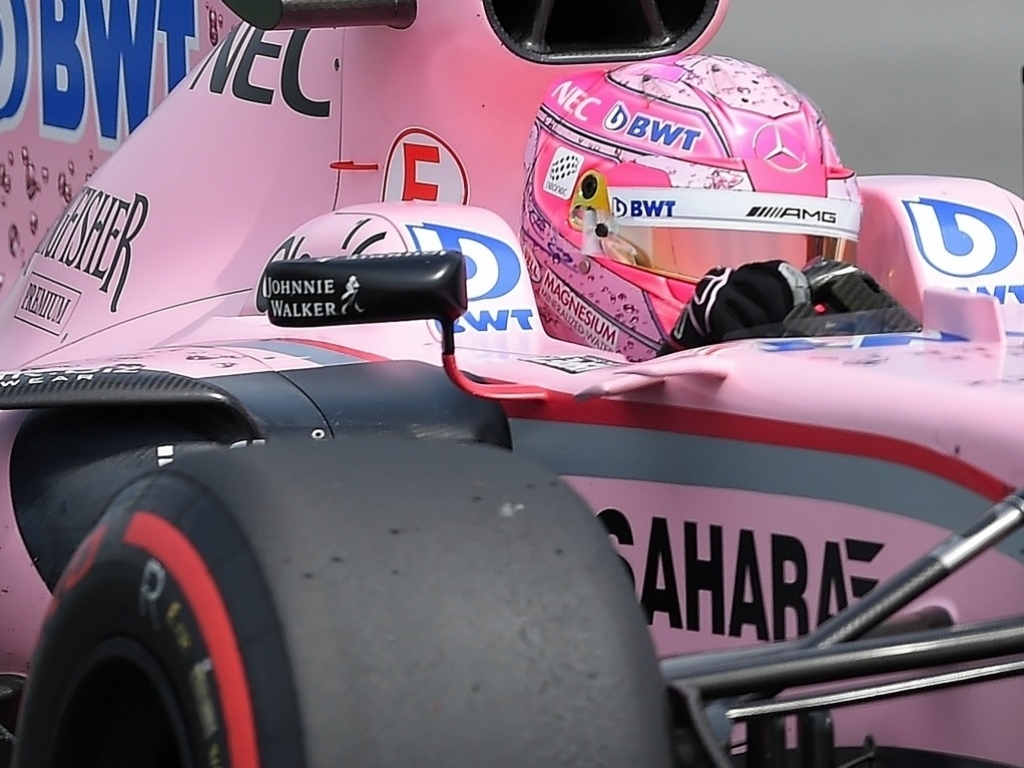 Sergio Perez battles illness to finish P6; Stoffel Vandoorne gets the better of Fernando Alonso and Lance Stroll is involved in a weird post-race crash.

Sergio Perez: “It was probably the hardest race of my career, on a weekend in which I feared I would need to give up. It is an amazing result just to make it to the finish: I just kept going out of willingness to do it and I have to thank the doctors for helping me out. Having a good start was the key to my race and so was passing Vandoorne during the first few laps. After that, I was able to manage my race and it was all pretty uneventful. We were able to extend the first stint and manage our tyres well. I was only under pressure from Vettel, but that was not really my fight. We scored some more important points for the team and I am happy to come home with a good result after such a difficult weekend. I hope to be back to full fitness in Japan.”

Esteban Ocon: “It was a disappointing race and I’m not feeling very happy. The contact on lap one [in turn two] with Massa gave me a puncture and ruined my race. I had to pit on lap two and drive almost the entire race on one set of soft tyres. When you consider the condition of the tyres at the end of the race, we did well to score the final point. The other bad moment of my race happened when I was overtaking [Carlos] Sainz and he crashed into me. I shouldn’t have been fighting him, but I was out of position because of the puncture and trying to recover. I don’t know what he did, but he just locked up and went straight into me, causing me to spin. So it’s a race to forget for me because the pace of the car was strong and we couldn’t maximise it.”

Stoffel Vandoorne: “I can say that this was my best ever race in Formula 1 – up until now. All weekend, I’ve been really strong and felt really confident with the car. After qualifying seventh, we weren’t really confident about where we'd finish in the race, so to pull off seventh today is an amazing result. I made a great start; we knew it was probably going to be difficult to hold off the Force Indias and the Williams behind, but only Perez came through. From then on, I had amazing pace, pushed hard every lap to try and manage the tyres and maintain the gap over Stroll, and I managed that until the end. I’m very happy!”

Fernando Alonso: “It was a tough race today. From the very beginning, at the second corner, the two Williams touched in front of me, and made me lose a few positions. As a result, we ended up in the secondary group, running a little slower than our true pace, and could not overtake. So I lost a lot of time, and that really compromised our race. A shame, definitely not one of our best races today. But we’ll have better days and, hopefully in Japan, we’ll come back with stronger form, and I’ll be able to add my contribution to the constructors’ championship on Honda’s home ground. Having scored points at this track and at Singapore, two very different circuits, is really good for the team. I hope we can continue scoring more points in the remaining races.”

Lance Stroll: "It was hot and now I know what everyone was talking about what it is like racing here in Malaysia. I am very happy with the end result, which was fantastic, coming eighth from 13th, having great pace throughout the race, having a good fight all through the race, managing my tyres, and eighth and ninth being a great result for the team. Then at the end I was on the in lap, on my normal line, picking up rubber, doing all my switch changes, shutting down the car and Sebastian came flying by me, pushing round the outside like the race was still on."

Felipe Massa: "I had a fantastic start, and overtook many cars, so I was really disappointed about the incident at Turn 2, where I got pushed out by Ocon. I lost a lot of places and damaged the floor of the car. I feel like I could have got higher up if it hadn’t happened. But overall the result was positive for the team. We scored points whilst Renault and Toro Rosso didn’t, so that helps us in the Constructors’ Championship."