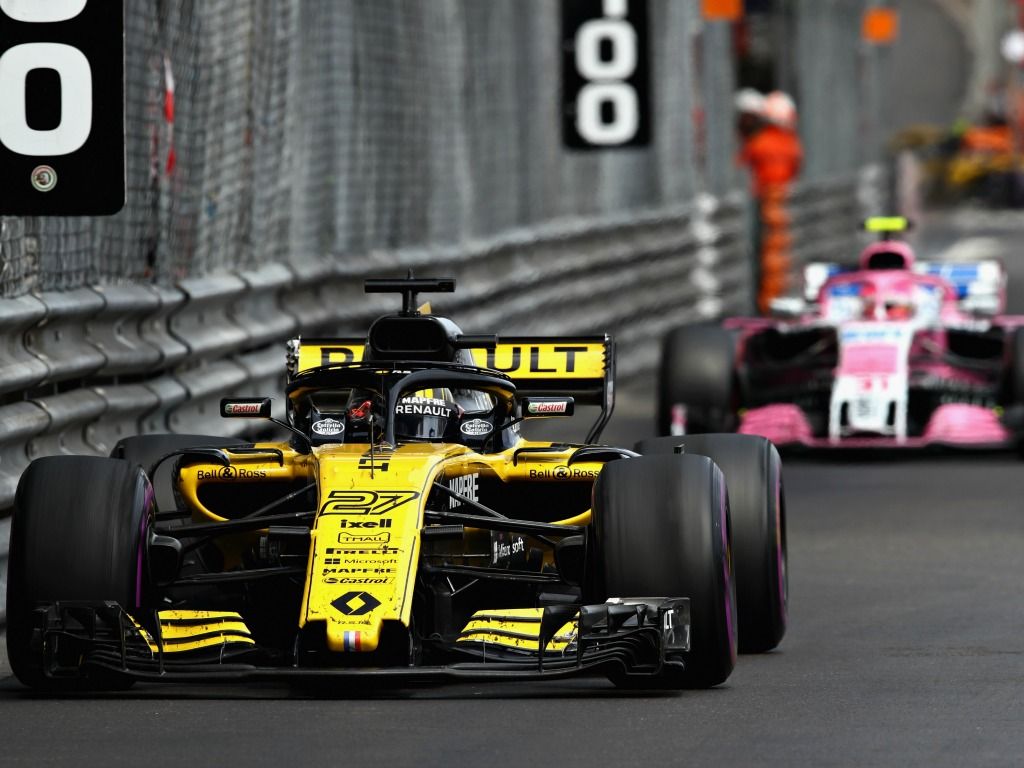 Esteban Ocon finished ‘best of the rest’ in P6, with Pierre Gasly in P7. Both Renaults finished in the top ten, while neither Sauber scored points in Monaco.

Esteban Ocon: “A fantastic result today. I’m really happy and it was great fun. The pace we had was impressive and the team did a fantastic job with the strategy. We had a great understanding of the tyres and there were times during the race when we were the fastest car on track. In the final few laps I was catching Bottas and Raikkonen by over a second per lap and I was right behind them at the end. It feels great to get this result and a good bunch of points after a few disappointing races. I hope we can have many more weekends like this one.”

Sergio Perez: “I am disappointed today because we didn’t get the result our pace deserved. We had a problem at the pit stop and this completely ruined our race. Our first stint was strong, we looked after the tyres well and pushed hard just before the stop. We had a good rhythm but we pitted slightly early to react to what was happening around us. We lost some time, but in the second part of the race we had good pace. Unfortunately, it was impossible to overtake. I was quicker than the cars in front, but you need a big advantage to be able pass around here, especially with these very wide cars. I leave Monaco feeling we have lost some important points. Esteban showed what we could do today and it feels like an opportunity lost.”

Pierre Gasly: “My first Monaco GP in Formula 1 and my second time in the points, honestly, it was an amazing race! Starting P10, we knew it could be difficult but the car was just so fast! I tried to be careful with the tyres from the beginning, and when I was alone on track I could just push flat out because I was feeling good with the car. We managed to exit after the pits in front of the others and I fought hard to keep Hulkenberg behind because we know that in Monaco it’s hard to pass. I just tried to stay focussed and not to make any mistakes because in the end the tyres were quite used – It wasn’t easy but we managed to finish in P7. I’m just super happy!”

Brendon Hartley: “It was a tough race starting from 15th. I had a pretty good start, but I damaged my front wing on the first lap at Turn 5 which was annoying. It was an uphill battle from there, the tyres quickly faded with lack of front downforce, but we held on and made a big effort to make the Ultrasofts last until the end. We pitted really early to make an undercut which was a good strategy, and towards the end of the race I was catching Carlos for P10, but then I got hit from behind by a Sauber. Charles and I spoke afterwards and he said he lost the brakes, it’s pretty frustrating, but that’s Monaco. Wewere strong all weekend apart from Q1, where we didn’t get it all together. I was happy with how I was driving today but ultimately it wasn’t meant to be.”

Carlos Sainz: “It was a very difficult race for me. We changed tyres on lap 16 and then I had to do over 60 laps with the Ultrasoft tyre, which was not ideal due to the heavy graining we had. There wasn’t much I could do – the other cars on other strategies were just much quicker. Let’s look at everything calmly next week and come back stronger in Montreal.”

Nico Hulkenberg: “It’s a positive feeling today. I had the possibility of running a different strategy to Carlos and it worked well. It was a good recovery from a not so successful qualifying yesterday and I think eighth was the best we could do in the situation. My first stint was very successful. It was very difficult in the middle as I had a lot of graining, but the tyre recovered and I could do some very quick laps and it brought the race back to me. That’s the thing with Monaco; it can be crazy or it can be like today, but we made the most of the opportunities.”

Marcus Ericsson: “As expected, it was a tricky race for us. It was good though, and I am happy with my result. The focus of the race was on tyre management. It was challenging to keep them working in the right window, and make sure to not use them too quickly. It was tough to advance, as we were both stuck behind Brendon (Hartley) for the majority of the race. We lost a lot of time there. It was a good team effort overall, and there are a lot of positives. Next up is Montreal, which is a track that suits us much better. I look forward to that.”

Charles Leclerc: “It was a tough race, and it is disappointing that I could not finish it. Everything was going quite well, we had a good pace, and were competitive in the midfield. We lost a bit of time getting stuck behind Brendon (Hartley) for much of the race and, being on a track where it is difficult to overtake, there was not much we could do. Unfortunately, there was an issue with my brakes just a few laps before finishing. I tried to avoid the car ahead, but there was nothing I could do. A shame, but I look forward to the next race in Canada now.”