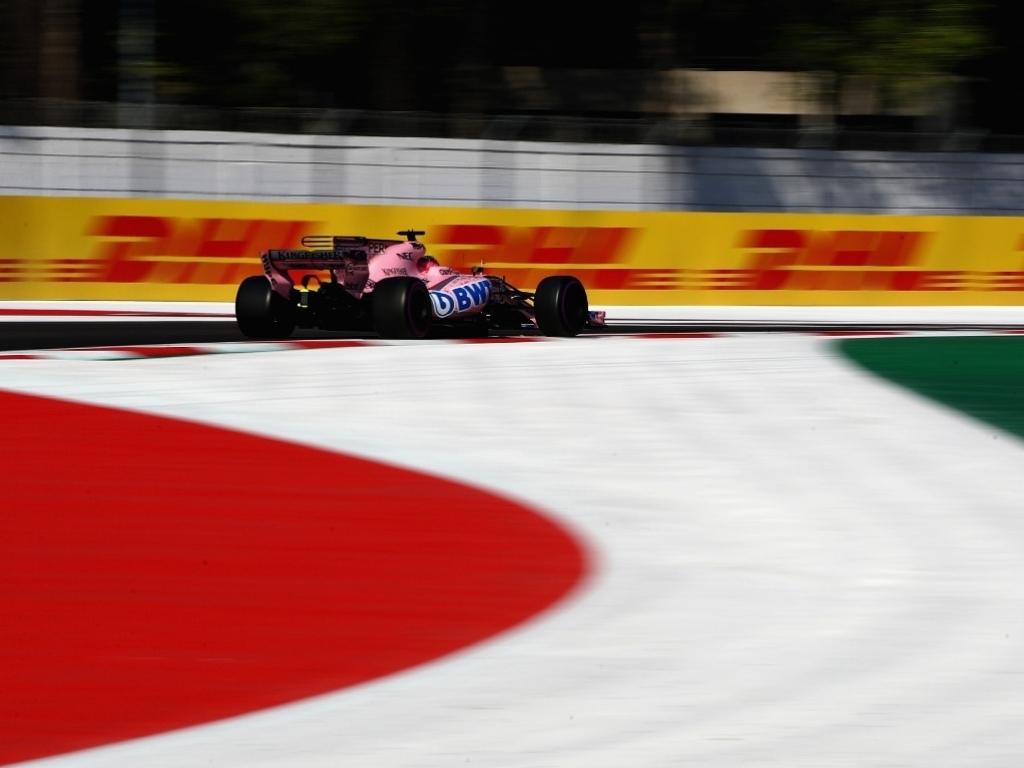 Esteban Ocon: “It’s a great day for the team. Fifth place in the race and securing fourth place in the championship is a fantastic achievement after a strong season. For a while I believed the podium was possible because I was sitting in third place for so long. I made a great start and then I pushed as hard as I could in the free air. Sadly the Virtual Safety Car gave Kimi an advantage during the pit stops and he was able to overtake us. The final few laps of the race with Stroll behind me were not easy. He had fresher tyres and managed to catch me, so I had to give it everything to stay ahead. When you work so hard for a result it feels very satisfying so I look forward to celebrating tonight.”

Sergio Perez: “Despite the poor qualifying yesterday, we came back stronger today and managed to have a really good race with competitive pace. It’s just a shame that the Virtual Safety Car happened at the wrong moment because it allowed Stroll to jump ahead of me. Otherwise I think we could have finished in sixth. The main objective of the weekend was to confirm fourth place in the championship so I’m extremely happy that we have done this with two races to spare. It’s been another special weekend with so much support from the fans and I have to say a huge thank you to all of them for the energy they have given me.”

Lance Stroll: “I think it was a very controlled race. I had a really good start, but then lost some positions as I was on the outside. There were some technical issues and crashes and so I gained some places due to that. We had a good idea all along, assuming I was going to stay in one piece and everything was going to continue along smoothly, we could have a good race. I had a great first stint, a great second stint and in the end I wasn’t quite close enough to get into the DRS zone to pass Ocon. I was really managing the tyres and the car was balanced very well, so a big thanks to the team. It was a great day, a great result and a great birthday present. Big congratulations to Lewis, he is the king of Formula One, there is no doubt about it. It is incredible what he has accomplished. He is a big inspiration for young drivers like me.”

Felipe Massa: “I’m really disappointed. It was a shame to stop so soon with the puncture at the beginning of the race. The car was good, competitive and I’m sure it would have been a completely different situation if we didn’t have the puncture. That’s the way it is sometimes. I’m happy for the team as we scored more points than Renault with two races to go but it was really a shame for me to have another unlucky moment.”

Fernando Alonso: “Overall it was a good race, considering we started at the back of the grid, and we finished in the points. The car felt very nice all weekend – strong in the corners, and we had good handling and good balance throughout the race. We lacked a little bit of straight-line speed to attack or defend, so we were stuck behind a Sauber for half of the race and then we could not pass [Kevin] Magnussen for many laps. As soon as we lost the DRS with him we became very vulnerable, so in the end I think there was nothing we could do to keep Lewis [Hamilton] behind. We fought hard, trying to brake a little bit later every time and defend the position, but we couldn’t manage to keep ninth place and save that point. It was a good battle but it’s hard when you don’t have the same car. We now head to Brazil – let’s try to score some more points.”

Stoffel Vandoorne: “We had an amazing start today – we were 13th after the first lap – but we’ve seen today how much we are missing in a straight line. We couldn’t even keep a Sauber behind and we couldn’t really overtake after that, so we lost ground. But our pace in clean air was very positive, the car felt very good, and starting from the back we knew it was always going to be tough for us. The end of the race got very exciting with a few cars coming close together, but it still shows that our straight-line speed is not good enough. It was a difficult race for us – there were definitely points on the cards today, but we were just too compromised because of our speed and losing time in the pitstop with the late VSC call. The positives we can take away are that our pace was really strong and we made it to the end, but our deficit on the straights is still too big. Massive congratulations to Lewis [Hamilton] today – it’s a great achievement and it was a strong fight from him this season.”

Kevin Magnussen: “That was like a victory. It was incredible, and a great way to reward everyone for their hard work. It was a perfect race. It couldn’t have gone better. We could easily have given up and just thrown the towel into the ring yesterday – it was a very tough day for us all. Nobody gave up, and everyone knows we’re not the worst team, or meant to be on the last row. We’re meant to be in the points, fighting in the midfield and getting into the top-10. We pushed on and I’m very proud of the team for that. We’re going to continue to fight. It’s not going to be easy, we can see that, but we’ll continue to push in the constructors championship and have fun all the way to the end.”

Romain Grosjean: “It wasn’t to be today. We started on supersofts and it was tough to follow the ultrasofts, initially. The contact with Fernando (Alonso) damaged my car. I haven’t seen the footage so I don’t know, but it was at turn one and I lost half of the floor. From that point it was almost over. I just tried to hang in there. Good job from Kevin and I’m happy for the team. We just need to sort our race pace a little bit. The next track, Brazil, is one I like, so I’ll be hoping for more. Hopefully, we’ll get a good race and try to get Renault back, and Toro Rosso is not that far either.”