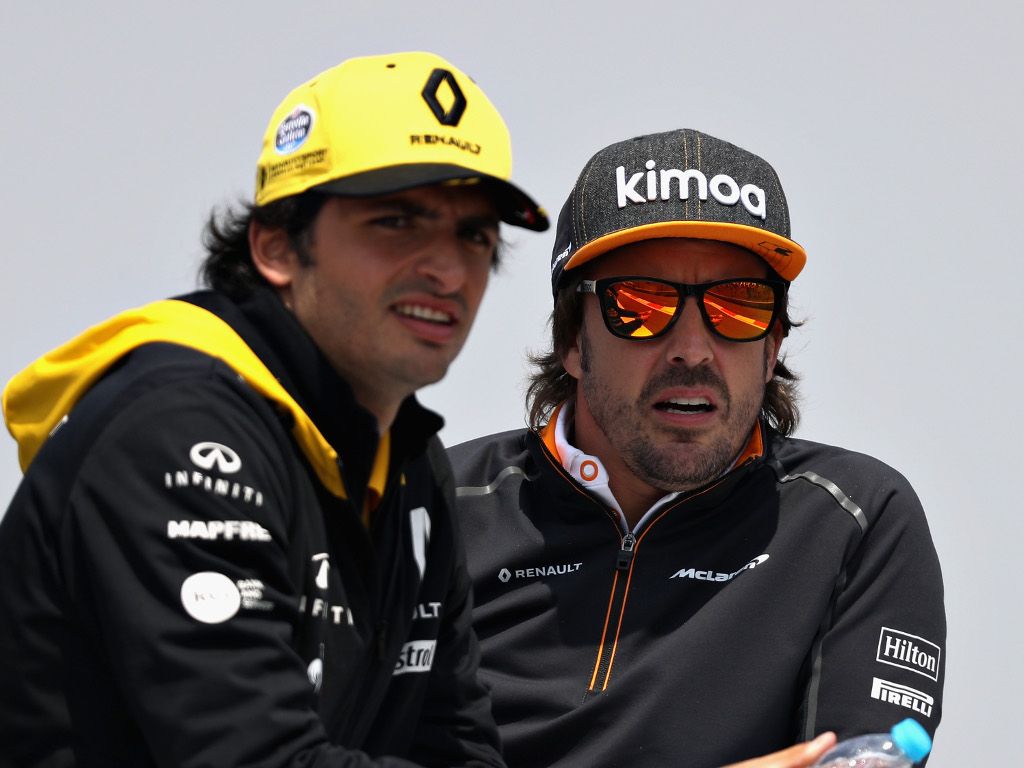 Kevin Magnussen finished best of the rest in Spain; home favourites Carlos Sainz and Fernando Alonso both in the points.

Kevin Magnussen:“I had a really good start. I was alongside the Red Bulls, but I didn’t really want to fight them as I knew they were much faster. My job was to stay in seventh and settle down from there. I was able to defend well, keep out of trouble on the first lap, so I was happy. It’s been a strong performance and I think we deserved to get the kind of points we’ve scored in Bahrain and here. We should be able to score points at every race, and we have had the car to do that, we’ve just had some mistakes and mishaps that meant we didn’t score points regularly. It’s good to get some good points on the board. I’m happy we’re back more in our deserved position in the constructors’ championship, as well. We just need to keep this level up and continue to score regularly.”

Romain Grosjean:“There’s not much to say. I lost the rear end in turn three and I just spun. If you look at the footage, I had wanted to avoid contact with my teammate. Kevin had a bit of a wobble, I lifted off the throttle, and then the car just went. I’m sorry for the others that were involved – there wasn’t much I could do once the car went. Kevin had a good race, which is good for the team. I had wanted a steady race, but that wasn’t today.”

Carlos Sainz: “I think it’s a very positive result for me and the team. We can be very proud of what we’ve achieved this weekend as this track was not ideal for us. We turned things around well since Friday, did a very good start and managed to finish seventh which I think was the best we could hope for. It feels great to get another good result at home and I hope the fans have enjoyed the race. Many thanks to all for their support! It’s good progress for the midfield fight and important points for the team. We have areas to work on, but we are making good progress. Let’s keep pushing.”

Nico Hulkenberg: “It was messy into turns one and two but in turn three it got a lot messier. I saw a car spin in front of me and a lot of smoke. It happened very quickly so I couldn’t avoid Grosjean spinning backwards into my car. It’s a pity as we were competitive, we have good pace so it’s frustrating not to have shown that yesterday and today. It’s difficult to swallow, especially when it’s not your fault. We’ll have to try again in two weeks.”

Fernando Alonso: “We started on the Supersoft tyres today because of yesterday’s qualifying, so the plan was to gain some positions in the first couple of laps and then stop very early to change tyres. Instead, we found ourselves losing several positions in the first lap because of the incident at Turn Two, so at that point I thought it was impossible to get any points today. But, luckily, we had a good race, we had a good strategy with a good call for only one stop on the Medium tyres, and we took those four points. During the race, I was concentrating more on the sky than the cheering grandstands, as in some corners there were very dark clouds. I thought maybe some rain could have helped us, but unfortunately it didn’t come in the end. It was difficult to overtake today – I was behind Leclerc for a long time – as we are still lacking some straight-line speed to be able to pass. This is something we’re working on; we know where our car’s weaknesses lie and hopefully we’ll find a solution quite soon. We made a good step forward here, but we know it’s going to be a tough battle until the end of the season. It’s important to score points every race and we have done so far for five consecutive races. I’m happy right now.”

Stoffel Vandoorne: “It was an unfortunate end to the race. I felt that the race was going to come towards us at the end, we had a one-stop strategy and extended the first stint to go very long on the Soft tyres. We had managed the tyres well and we wanted to create a big tyre delta to the others. It’s always hard to predict exactly where we would’ve ended up, but I feel at the end we could’ve had some more chances to overtake. We had a good launch for the first time this season! The first corner was all about avoiding cars in slippery conditions with a lot of cars spinning off. It was difficult to keep the car on the track, especially at the beginning. We don’t know yet exactly what the problem was that ended our race early, but it looks like the gearbox as I lost drive completely. It’s a shame because we had reasonable pace. The upgrades we brought here are definitely a first step forward. We’ve been able to make progress especially for qualifying, but there’s still a long way to go and we need to keep improving, and keep bringing some new parts to every race.”

Sergio Perez: “It was a tough afternoon but to score two points in these conditions is not a bad result and a decent reward after a difficult race. I made a good start but I had to go wide to avoid the accident with Grosjean and I lost a lot of positions. It really complicated everything for me because it put me behind a lot of other cars. After that we made the right strategy calls, especially pitting under VSC, but then I hit debris from Verstappen’s car and I picked up some damage. I was struggling with a lot of vibrations and I was lucky to make it to the end. It’s good to come home with some points after starting so far back, but it’s a shame about Esteban’s retirement because we could have scored points with both cars today. We have a lot to improve, but I hope we can be much more competitive in Monaco.”

Esteban Ocon: “A disappointing day on my side of the garage. We were racing well and looking good for some points. Then things went wrong at my pit stop when there was a problem changing the right rear wheel. We lost about twenty seconds and it put us to the back of the pack. A few laps later I lost power and had to park the car. It looks like an oil pressure problem, but we need to wait until the car is back to know exactly what happened.”