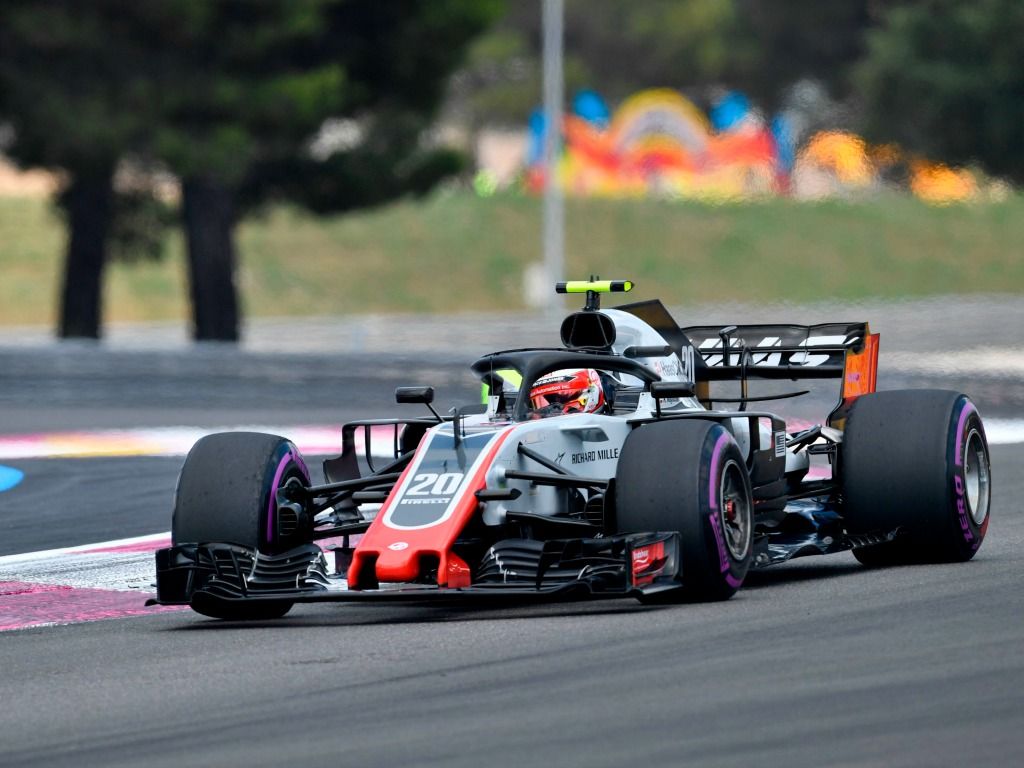 Kevin Magnussen was best of the rest in P6, while both Renaults and Charles Leclerc scored points. Both McLarens finished outside the top ten on Sunday.

Kevin Magnussen: “It was a good race and we had a good car. We got everything right. It was a good race for us, and very happy to come back from the disappointment of yesterday. We knew we were still standing in a position of where we could probably do something good in the race, and it was our day today. I was struggling quite a bit on the ultrasofts there in the first stint, just overheating and sliding around on the rears. For some reason, the front tires were working really well and the rear tires were struggling. Still, the degradation for us was quite low even though the balance was off. When we put the softs on, I kind of started out looking after them a little bit, which then when I got under pressure from Bottas, I really started pushing, and then the tires came alive even more and I found four-tenths, half a second more. It was just what I needed.”

Romain Grosjean: “We pushed as hard as we could, but we had some damage on the car from the first lap, and that was difficult because it removed some aero balance. I came back as hard as I could, but we were just too far back. The car is superfast and Kevin did a great job today, so I’m happy with that, but I want my turn to come because this stretch of bad luck is becoming a bit painful.”

Carlos Sainz: “It hurts a little bit to end the race like that. We were having such a good weekend from start to finish. We had a strong qualifying, made a clean start running in the top three early on, and then controlling sixth. The second-half of the race was fast-paced and we were managing it well until the sudden problem, which cost us two or three seconds a lap. It is a shame and I feel sorry for the whole team as I think we deserved to be best of the rest today. These things happen in racing, and it is my first reliability issue of the year, so let’s move on and start preparing Austria.”

Nico Hulkenberg: “It was good out there today, I am happy to gain a few places and finish in the points. Lap one was interesting, just to survive was important as it was carnage everywhere. We were a little on the back foot yesterday, so ninth was probably the best we could achieve today. I had fun out there, though, making a couple of overtakes and enjoying a bit of racing. Carlos was on for a good result and it is a pity he missed out on sixth as that would have been really good points for the team. Overall, we have gained points in the Constructors’ so that is not too bad at all.”

Charles Leclerc: “Overall, I am satisfied with the outcome of this weekend. I had a great qualifying result yesterday, and felt confident in the car. Having scored another point for the team during the race today feels great. It was fun to drive, and I had some good fights with the drivers around me. We are moving in a positive direction, and improving our performance week by week. I really look forward to seeing what is possible next weekend.”

Marcus Ericsson: “I am quite happy with my race. It was a tough weekend, and having started after only running in FP1 and qualifying, we did a good job in getting on the pace during the race. I made a good start and I was able to evade the incident on the first lap and to gain positions. After that, I struggled with the balance of the car and didn’t advance as well as we hoped to. In the second half of the race, the car felt much better and things were running more smoothly. The tyres were working better, and I closed the gap to the competitors ahead. We also had a very fast pit stop again. Now, we have to make sure that we understand what happened at the beginning of the race and come back even stronger in Austria next week.”

Stoffel Vandoorne: “For us to finish in the points would have required a fair bit of luck. We knew that, if no other cars got into trouble, points would be tough for us – and so it proved to be. Our pace today was definitely better than it was in qualifying yesterday. Once we can improve our Saturday pace, it should help push us further up the order in the races too. I had a decent race, I overtook Ericsson and Fernando at the end, so it was a positive afternoon for me. But we didn’t get any points for the team, which is unfortunate. There’s nothing particularly wrong with the balance of our car, it’s just that our pace is not strong enough.”

Fernando Alonso: “I started this race on the back-foot, losing positions at the start as I avoided a lot of accidents around me. Too many cars ahead of me took a short-cut, but I stayed on track and ended up last. I was still last after the Safety Car period, had a problem with overheating brakes, then used one set of tyres while running in traffic for nearly the whole race. Then, at the end, I had to retire with a suspension problem. In five days’ time, we have another opportunity to forget today and raise our game. I really hope this weekend was a one-off and that we’ll show better form at Spielberg and, in particular, at Silverstone. I know there are some new things coming over the next few months, and I’m still quite optimistic in spite of us being uncompetitive this weekend.”