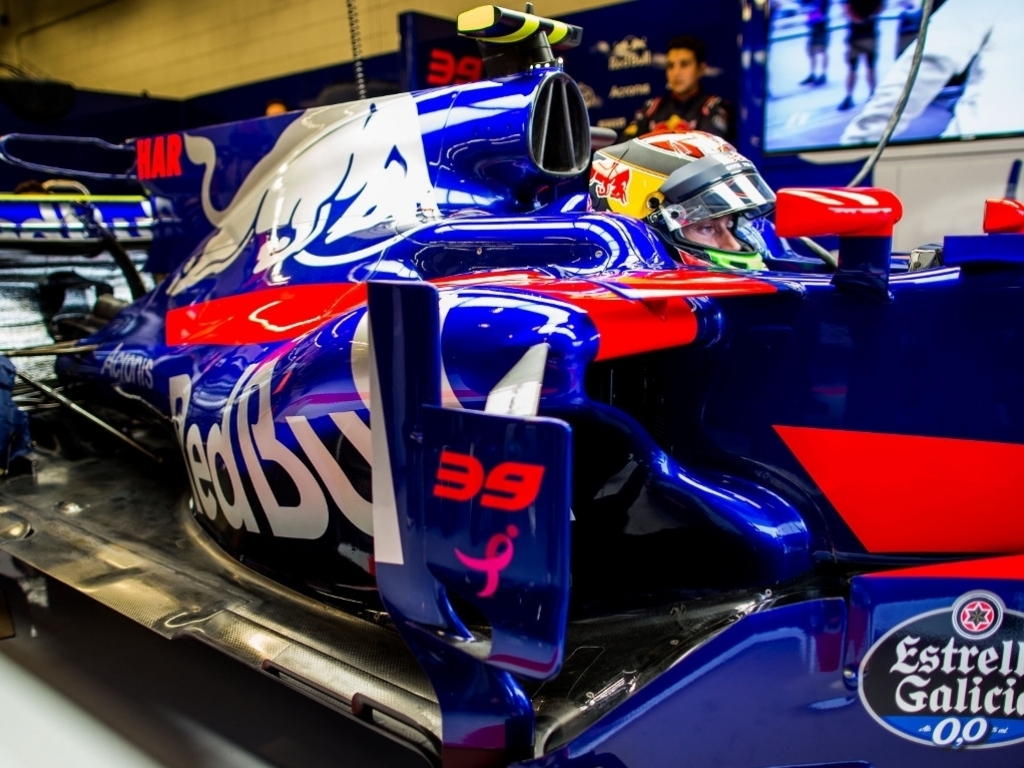 Both Toro Rosso cars were able to finish the race, but the race’s backmarkers were beaten to sixth place in Constructors’ Championship with Haas also missing out.

Romain Grosjean: “I pushed really hard. I tried my best. I think it was a superb drive, but it just wasn’t good enough to get in the points. I tried everything I could. With (Lance) Stroll it was a good battle – he just had a lot of top speed and a lot of straight-line power. It was very difficult to overtake him and he was defending a lot early on. Anyway, after I passed him I could open up the gap and push. We had a good race, but we have our ideas where to work on the car for next year. It’s been a good year in general, and only our second in Formula One. We’ve learned a lot and know where to improve for our future.”

Kevin Magnussen: “It’s not been a bad year. Obviously, I’m a bit disappointed with today. It’s frustrating to get so close to P7 in the constructors’ championship and not get it. We just weren’t strong enough to do it, but we’ll come back stronger next year. We can take a step forward. We’ve got a baseline now that we can work on over the winter. We know the weakness of the car and we want to improve it by a big margin for next year. We’ll see how we go. I think we can do it.”

Marcus Ericsson: “It was a difficult race. I had a good start, but on the first corner I ran wide and lost some time there. I was then struggling on the first stint; I couldn’t really keep the pace. After the pit stop the balance of the car felt better so I was able to push again. In the second half of the race I could close the gap to the cars in front of me, but generally it is difficult to overtake on this track.”

Pascal Wehrlein: “I had fun in the race today. My start was ok and I was able to maintain a steady performance and gradually advance to the midfield. I had a nice, lengthy battle with Kevin (Magnussen) ahead of me – unfortunately, I could not quite get him on the straights. It was good to have an action loaded season finale, though.”

Brendon Hartley: “It was always going to be an uphill struggle for us to hang on to that sixth place in the Championship and it’s a real shame to lose it…I’m obviously massively disappointed. On the positive side, I have to say that during these last few weeks with the team I’ve learned a lot and already feel like at home – this is something very important to take into next year. Going back to this weekend, I had a pretty clean race. I was in a train of cars – a McLaren, a Haas, a Sauber, myself and Pierre behind… It’s just very tricky to overtake here with these big downforce cars. It’s been a massive learning curve for me during these last few weeks and I’m well overdue a holiday! I’m looking forward to recovering, having some down time, preparing well for 2018 and coming back even stronger for my first full F1 season!”

Pierre Gasly: “I’m really disappointed with the fact of not being able to keep sixth place in the Championship… This was the target – we knew it would be tough, but in the end it wasn’t possible. We struggled a lot in today’s race, it’s been a really tough day and I’m not satisfied with I did. I pushed too much and did a mistake which cost me a lot of time. It’s frustrating to end the season like this and I feel sorry for the team for not having achieved the target. On the positive, these last races with Toro Rosso have been very useful for me to gain plenty of experience and this will definitely help me to start next year on the right foot. I’m already looking forward to 2018.”