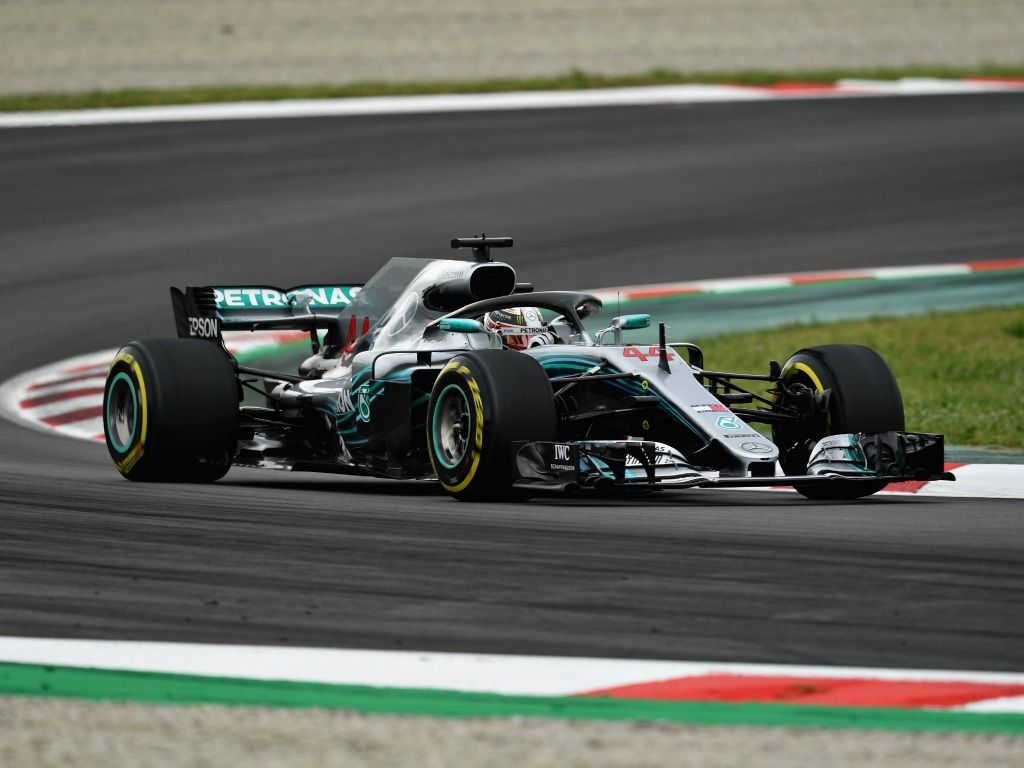 Mercedes bagged their first one-two of the season as Lewis Hamilton strolled to victory at the Spanish Grand Prix.

Lewis Hamilton: “It felt really good today. I don’t know how it looked but it felt special, it felt strong today. The guys have been working so hard back at the factory and here and it’s great to see. I really had no idea how the race was going to go. We got the qualifying right but temperature was up and down today, clouds were coming over, we didn’t know if it was going to rain or not. But one for thing for sure is that once I got going – and I got a good start which I was really hoping for as I’ve not always had a good start and I’ve always been contested at the first corner – I was really surprised that nobody had the pace to keep up with me. I was pulling away at almost a second a lap and was thinking ‘Yes, let’s keep this up’. This was definitely the closest it’s been to some of the good performances we had last year for how comfortable I was in the car.”

Valtteri Bottas: “I wanted to fight for the win but as a team it’s such a good race. We had such a good car and the team were so reactive today with the strategy. I never believed we could do a one-stop but we could, so I’m happy. As a team this weekend we’ve been perfect. We just need to continue like that and, for me, the win will come.”

Max Verstappen:  “I always feel quite good on this track and today has been a nice turning point after the first few races where it hasn’t gone to plan. To come back and get on the podium is really nice. The car behaved really well all race on both soft and medium tyres. It felt balanced and had good pace so I was confident I could push on and achieve a good result. We lost a bit too much time at the beginning behind Kimi and it would have been hard to overtake him. We got a bit lucky with him having the problem and therefore allowing us to get an extra place and increase our speed. After that I could settle down and concentrate on my own race.”

Daniel Ricciardo: “It was certainly a strange race. At the beginning we had good pace and it seemed like Kimi was a bit slower than Max and myself. I thought I was faster than them but then once they picked up the pace I wasn’t really able to go with them. When we pitted for the medium tyre we came out in traffic and lost some rhythm. I also had a spin on the VSC re-start, struggling to keep heat in the tyres, which really put me out of the race. Fortunately there were no walls but it put me in no-man’s land.  There were moments where the car was really fast but it was just too difficult to get it every lap. I would set the fastest lap and then the next lap I would nearly spin. There is potential but it’s just hard to extract consistently at the moment, so we have some more to learn with this new package. In the end, it was a pretty boring race but I’m going to take some positives from the potential we have. Monaco should be our strongest circuit to date on raw pace so I’m looking forward to getting there in a few weeks.”

Sebastian Vettel: “Our tires didn’t last as long as for the others, so we couldn’t follow the same strategy. We had to stop again and we obviously lost two positions, and also a bit of time during the pit-stop itself. But staying out was not an option today. We had problems finding the right balance of the car and we were struggling with the front tires. Maybe the changes for this weekend had a bad impact on us, worse than the one the others had. So, I am happy to go back to ‘normal’ tires in Monaco as we seemed to struggle a little bit more than the others. Today we just didn’t have the right pace, Mercedes was faster than us and we hadn’t many chances. We tried our best, but something was missing and we need to improve on this. During the whole weekend it has been tough to find the right balance on these new tires. But I see no reason for not being optimistic for the next race.”

Kimi Raikkonen: “My race was going pretty ok today, I was in a decent position and the speed was good. I was running smoothly and saving the tires. Everything could have been alright, but unfortunately it did not happen. At one point I started losing power; I managed to drive around but obviously not at full speed anymore, so I drove back to the garage. We don’t know more than that about the issue we had, we need to take the car back to the factory and check what happened. Looking at the Championship, this result is far from ideal, and I’m pretty disappointed. There is nothing we could have done differently today, but we need to try and keep pushing.”