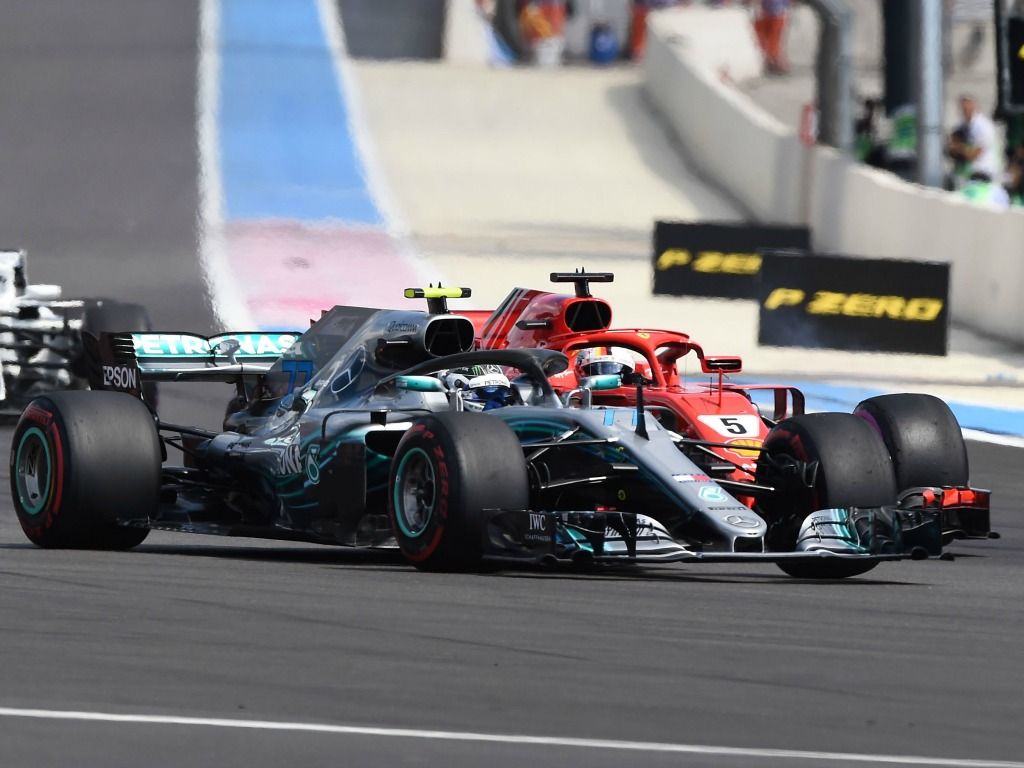 Lewis Hamilton won the race with Max Verstappen and Kimi Raikkonen on the podium. Sebastian Vettel hit Valtteri Bottas, the pair in P5 and P7 respectively.

Lewis Hamilton: “When you’re constructive and criticise yourself, approach a challenge with new methods and a new-found determination, it’s a great feeling to then get the result. But it’s also disappointing for the team as we had the opportunity to take a 1-2, which is always incredible as you achieve your ultimate goal as a team. I was very comfortable with the balance this afternoon. Max had decent pace, but I could maintain the gap at around five seconds. The fresh engine put us back in line with everyone else who took a new PU in Canada and everybody in the team should be feeling happy today for the good work they have done. But there’s a long way to go and we’ll keep approaching the rest of the season like we approached today.”

Valtteri Bottas: “That was a shame because we had a strong car today as Lewis’ result shows. But my race was lost in Turn 1. I was on the outside going into it and I knew that keeping that line would put me on the inside for Turn 2. Then suddenly I got a hit from behind, had a puncture and damaged my floor. After that it was difficult as the car was quite damaged and I could feel the lack of rear end. I was sliding around and had to do a second pit stop which was unfortunately slow, so we lost more time there. I guess today was just not my day; in a way it sums up my season so far. But there are some positives – we were strong as a team, although unfortunately we could not turn that into a perfect points result. I also set the fastest lap of the race despite the condition of the car. I’ll keep my head down, work hard and hopefully the luck will turn around at some point – I think it’s about time.

Max Verstappen: “Finishing second here in Paul Ricard is better than we expected coming into the weekend. As soon as we got to turn two I was relieved not to have had contact and it was a pretty clear layout, so from there it was just about managing my own race, which was fairly straightforward. I could see Lewis managing the pace but we were still not far off without pushing the car too much. I think we got the strategy spot on. The soft tyres felt a little bit more robust and allowed me to find some good pace to make the final laps more comfortable. After two clean races and two good results in a row it’s important to carry this momentum forward. We have had a third and now a second so with the right track I am looking forward to the victory. I missed a good chance in Monaco but there are still some good opportunities coming up, but to score good points for the Team at circuits that are not ideal for us is a big positive. It was nice to race here in France, to hear the national anthem and see so many people in the grandstands made it feel like a traditional European grand prix.”

Daniel Ricciardo: “I’m obviously a bit disappointed and it’s a shame to lose out on the podium today. We were definitely quicker than fourth place and it could have been a good battle with Max. I don’t know why yet but the front wing was damaged during the race. Before the pit stop we had really good pace on the supersofts, I don’t know how good compared to Lewis as he was so quick, but it seemed that we were pulling away from Kimi and catching Max. Then about two laps before I stopped I had damage to the left part of the front wing; I felt some understeer immediately and I don’t know whether it was a failure or I hit some debris but the mechanics could see it during the stop. After the stop, the identical part on the right of the front wing also broke. Because of the damage we had less downforce, the car was understeering, and the tyres were suffering. Kimi was always going to catch us at the end of the race with that pace, the blue flags were also pretty bad, but we were a wounded car. It was a shame as we looked quite strong today. The positive is that we got some decent points but we were definitely quicker than fourth and just unlucky this afternoon.”

Kimi Raikkonen: “At the start we lost two places; I was on the outside and then the accident at the first corner happened, and it was a quite messy situation. I tried to stay out of trouble but chose the wrong side of the track. After that I was able lo recover. I had a good feeling with the car, especially after we had our pit stop and put the Supersoft tires on. We had a good speed through the whole race. We decided to do a very long stint with the first set and it lasted very well; only towards the end it got a bit tricky. Then, with the new tires, the car was very good and I could race and actually pass other drivers; it was a lot more fun than the last two races!”

Sebastian Vettel: “I think my start was good, perhaps even too good, as I found myself very close to Lewis in front and, when I tried to brake, I had absolutely no grip and there wasn’t much space where I could go: Valtteri on my right was trying to get his position back and Max was also trying to come round on the outside. It’s a shame for Vattteri because he did nothing wrong and it’s a shame for us, because we could have obtained a better result. Fortunately, we could continue racing, we had a good car in the race, but the outcome was not wnat we wanted. It was my fault, but now let’s move on and think about the next weekend.”