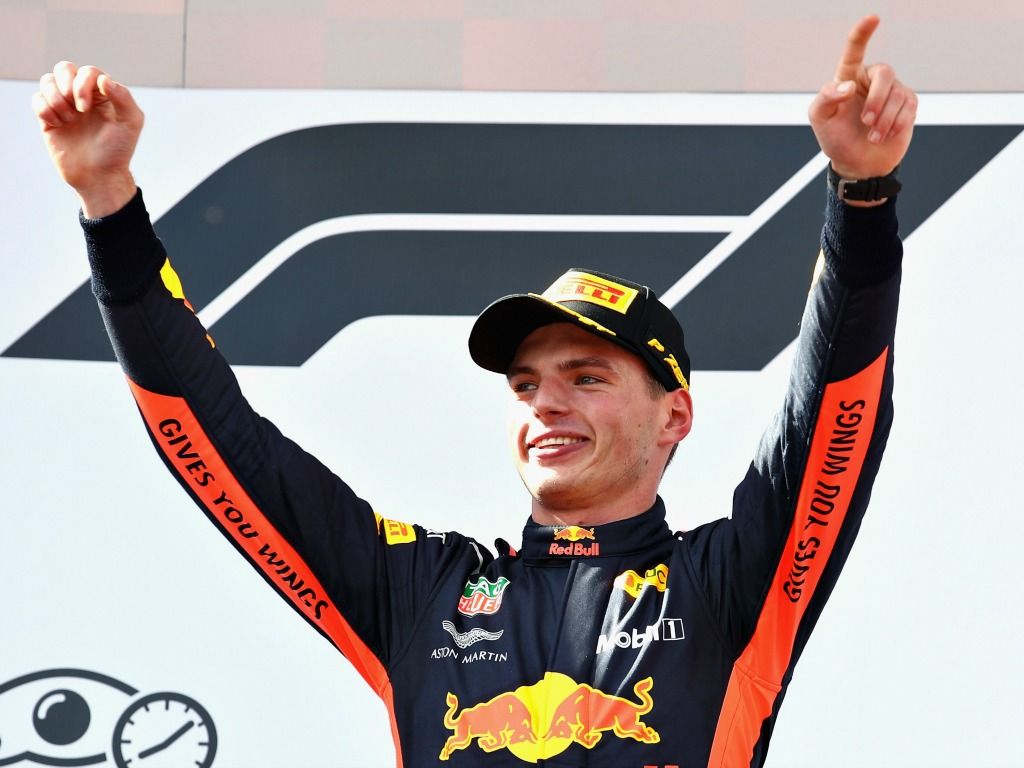 “I’m so happy to win at the Red Bull Ring, and with so many Dutch fans here. It was also so unexpected, and that makes it even better. An amazing weekend. If you want to win a race this is the perfect place, in a Red Bull car at the Red Bull Ring. For the race I was very happy in general with how the car was behaving but I always just try to do my best race possible; if that is going to be first, second, third, it’s not in your hand. From my side I felt in control, I was driving to the best I could with the car I had and at the end we were struggling a little more than Ferrari with the tyre blistering but we managed to stay ahead. I knew that Daniel and Lewis had to pit again and I didn’t want that scenario so I was not driving to the full limit of the car but just managing everything. It was tougher than perhaps it looked but I just needed to be on top of my tyres. I’m very thankful to the engineers for making that strategy call under the VSC and full complements to the team for that pitstop, because that definitely made our race. The fans in the grandstand were great, so many orange t-shirts there. My focus was always on the track but for the last few laps I could look a little bit to my left and they were really cheering me on, it was amazing.”

“I’m obviously disappointed with how the day went. At one stage it was looking like a one-two, but in all honesty as soon as we put the softs on it didn’t feel like it gave me much. Even though we were able to get Kimi, I didn’t feel like I was able to pull away and then I saw the tyre was getting torn apart. So we had to pit and that put us out of contention for the podium. Then we had what I think was a broken exhaust which put me out of the race. I could feel something was wrong down the back straight before the last sector, so I mentioned it and then tried to do a procedure but the call came for me to stop. I’m happy for Red Bull today, the team, the brand, the people, and happy for Max who has so many fans here. I saw Mr Mateschitz earlier and I can imagine what he is feeling right now. Obviously it’s not my day but from the team’s point of view, for the Austrians and for Max it’s a big day for them, so I’m happy that some part of the team will be celebrating today. I don’t think I’ll celebrate too much for my birthday (today) but you know, maybe a cognac to get over these sniffles!”

“At the start I had a good getaway, but I found myself between two cars and I had to lift off to avoid them squeezing me, while I hoped they would see me. I lost momentum, speed and the chance to challenge them in the first corner. It’s a pity, because without that, I think I could have been in the lead. The first lap was quite hectic, then the situation calmed down for a while. Tyre management played a big part today: it was hard to know when to go flat out and be on the safe side at the same time. The beginning of both stints was a bit tricky; we struggled a bit to get the grip and to make the tyres work, but then it got better and in the end we had very good tyre. We were obviously hoping to catch Max, but by then it was perhaps a bit too late. Today we had the speed, but there just weren’t enough laps left in the race… Of course we wanted to win, we tried very hard, giving our best, but it was not enough. The good thing is that, as a team, we did a solid job. It was a strong weekend.”

“We did a good job and a good race. I had a very solid start, but in Turn 1 things got a bit messy. I tried to recover, but there was no room and lost some positions in Turn 3. From them on, I had to fight with Renault and Haas and lost some time. However, the car was very good, we had a very good pace and we didn’t have any issues with the tyres; in fact, the car was very good on them, even if I had to manage the Softs for a long stint, which again proves we have made good progress since Barcelona. Obviously, I am happy with the points that we’ve got and the podium, but I am not satisfied 100 per cent, because I think there would have been more up for grabs today, if I hadn’t got the penalty. We were the only cars that could be there with the Mercedes in terms of pace, but in the end, we proved more consistent.”

“It’s a great day for all of us, the whole team. They deserve such a good result with the cars finishing fourth and fifth. It’s incredible for our 50th grand prix. I’m so, so happy for all the guys. We’ve done an amazing job all weekend. We had some luck in the race with the Mercedes cars not finishing, but it’s been a great weekend and we can really build on that. There are still a few things we can improve here and there, but I’m happy we managed to get that long stint on the tires. The last 20 laps were not fun – there were blisters on the rears – and I was afraid they were going to explode at any time. I am just so happy that we hung in there and finished fourth and fifth.”

“We’ve had a very good weekend. To challenge for top-five, we didn’t expect that. We finished both cars in the top-five, and that’s an incredible job from the team and I’m really proud of the whole team. We were struggling with blistering on the tires – the whole of the soft stint. They blistered very badly. I managed that, and then had pressure from behind, so I had to push, but I had a good race. We’ve shown this weekend that we’ve got a good car. Actually, it’s not only this weekend – we’ve shown all year that the car is very competitive. We’ve just got to keep going like this.”