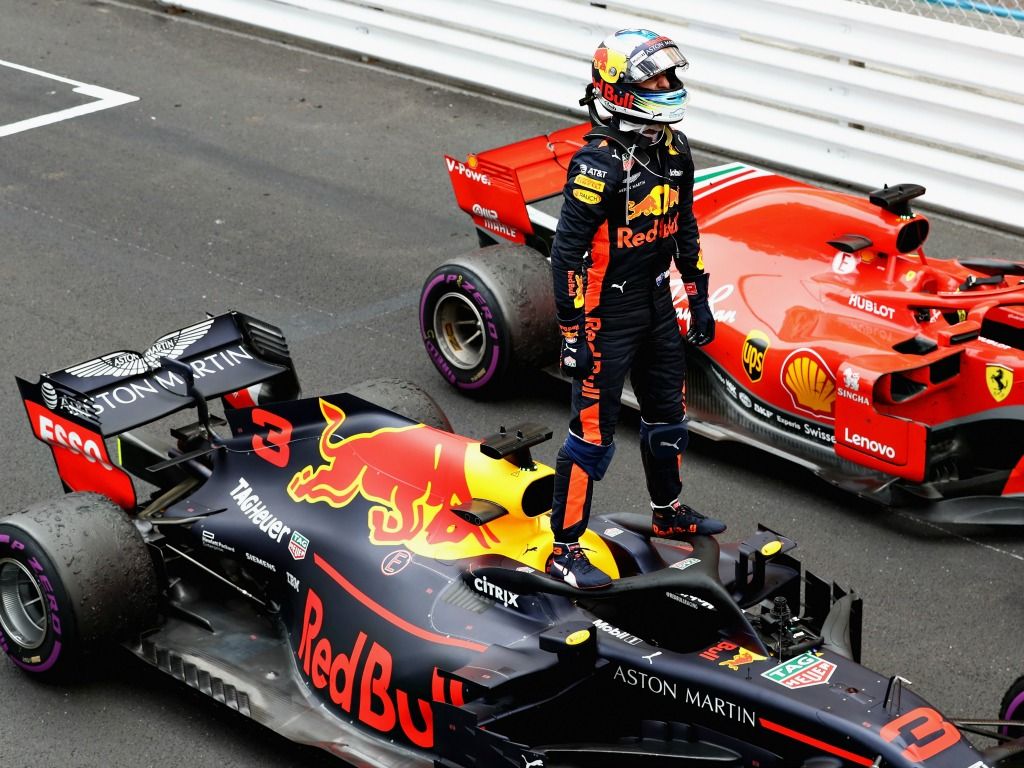 Daniel Ricciardo held on for the race win, despite having to deal with an MGU-K issue for two-thirds of the race. The rest of the top five held their positions, while Max Verstappen came through from the back to finish P9.

Daniel Ricciardo: “Wow, it still hasn’t sunk in. It was a perfect weekend but a crazy race. It’s such a long week and because I get so excited for this race I find it hard to control myself and I just could not wait for the lights to go out today. The start went well and I thouhgt, I’ve pretty much done the hard part so let’s just finish this race. Then on Lap 28 I exited a corner and felt like I pretty much had no power. When it was clear that it was an MGU-K issue, I wanted to close my eyes and start crying as I thought the race was over and I wondered just what I have to do to win here. I spoke with my engineer on the radio and we changed a lot of things that did not fix the problem but we just had to survive with the problem and keep Seb behind. We had a lot less power, fortunately, it is a tight track and we had a good car so we could make up enough time in the corners not to be vulnerable on the straights. On any other circuit, there was no way I would have won today. It was not fun driving like that and I’m pretty exhausted, but very, very happy. We finally got some redemption and this is the sweetest feeling. It wasn’t easy but no I can say I am a winner here and it is great to win the team’s 250th race.”

Max Verstappen: “Although we knew it was going to be damage limitation I still really enjoyed myself out there today as I was able to race other cars and be competitive pretty much from start to finish. Deep down of course I am still disappointed as we could have had a much better result if I hadn’t made the mistake in practice, but on the other hand, I made the most of the race. I had fun, I was passing cars and fighting every lap which is especially rare here in Monaco, normally it is just cruising during the race. The car handled well and we got the strategy spot on and finished in the points so I think that is a good day’s work, all things considered. I have learnt throughout my career that it is easy afterwards to say it could have been like this or that, but I always have to look at myself. This weekend I made a mistake but Daniel did a superb job so a massive congratulations to him on winnings the race and having a very special moment.”

Sebastian Vettel: “Today, I was trying to get closer to the car in front and do something; but obviously if you get closer it doesn’t help with your tires. In some corners you don’t really need power and Ricciardo was quicker than us. He was always able to open the gap and I was never really there. He could keep his pace and I think that perhaps it could have been worse for us if he hadn’t had some issues. Unfortunately, there weren’t many chances to do something different. I think it was tricky for us to make the tires work the right way. Then, when the Virtual Safety Car came on, a McLaren was just exiting the box and took a lot of time, while I was struggling with tire warm-up, and I think that was the biggest issue that cost me quite a few seconds. It took to me one and a half lap to get the rhythm back, but by then it was too late. However, there are so many races to go and I believe we need to understand our problems. We have a good car, but we can make it better.”

Kimi Raikkonen: “Today nothing really happened in the race; to be honest, it was a pretty boring one. We know that on this track, once everybody has stopped, whoever is in the front dictates the speed and no matter if he goes four second slower on a lap, there’s no way to pass unless somebody makes a big mistake or runs out of tires. We end up following each other through the whole race. I had no problem managing my tires, in fact they were pretty good. I only had some graining with the first set, but apart from that they were ok. I was never worried about Bottas behind me, we had the speed and I could easily close up with the car in front, but there was no way to pass him. We were all the time doing our best, but couldn’t use our pace. Obviously we cannot be happy with fourth position, but as always, we try to learn from every race.”

Lewis Hamilton: “A big congratulations to Daniel, I’m really happy for him. He was so close to winning his first Monaco Grand Prix two years ago, so it’s good for him to have it now. I’m happy with the weekend – we were the third quickest team and we almost got second. I’m grateful to only have lost three points to Sebastian in the Championship fight – I’ll take that and move forwards. It wasn’t a really difficult race, we just had to take the tyres go a long way; I didn’t think they were going to go as far as they did. It’s a shame that the race is unfortunately not as exciting as the whole spectacle of Monaco, especially since through practice there’s no place like it and the track is just epic in Qualifying. We hope that Canada will suit our car a little bit better; but it will be another close fight, especially with the Ferrari.”

Valtteri Bottas: “That’s Monaco – sometimes a lot of things happen; sometimes nothing happens and you get a pretty uneventful race like today. I think we made the right choice with the SuperSoft tyre for my second stint, it felt like it was working better than the UltraSofts. The first stint was difficult because of the tyre drop-off, but the second stint was really good, I could put pressure on the cars ahead. I had more pace than the cars in front of me, and yet there was nothing I could do; even with the pace difference overtaking was impossible. We knew the weekend might be difficult and that’s how it turned out to be, but we managed to do successful damage limitation. Qualifying P5 did not make that any easier for me and I don’t think we could have done anything different today with the car we have. Montreal should be a better hunting ground for our car, so we hope for a better outcome in Canada.”