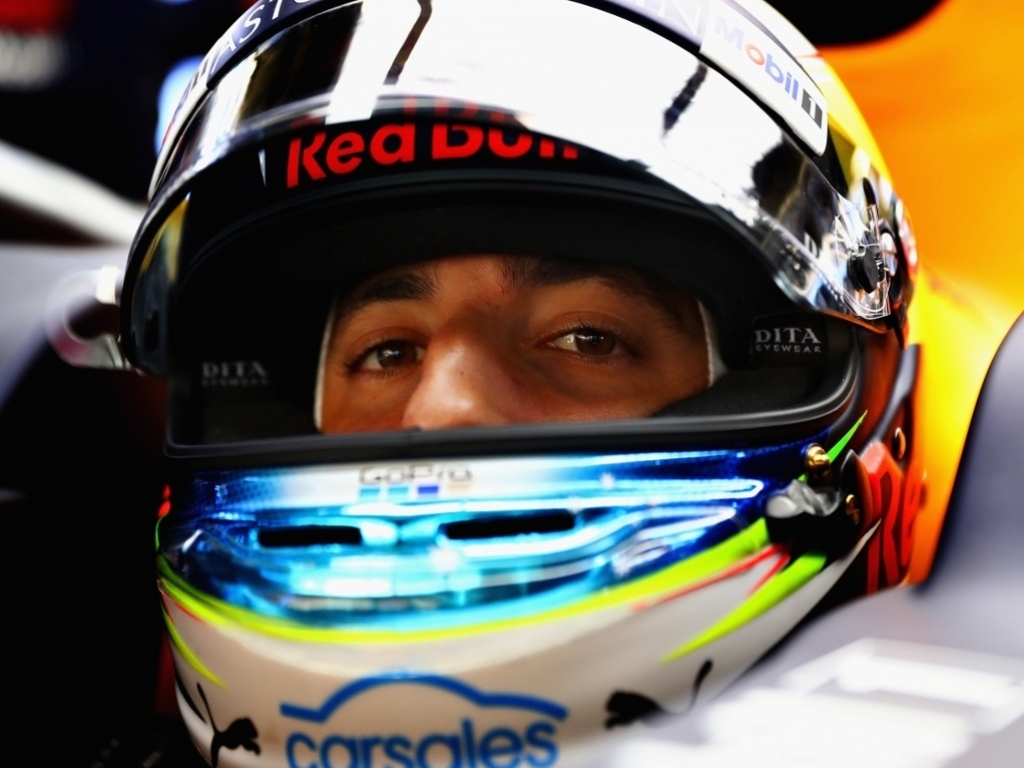 Daniel Ricciardo put an incredible two-stop strategy to good use in China, winning the race ahead of Valtteri Bottas and Kimi Raikkonen.

Daniel Ricciardo: “That was fun, a lot of fun and I just about believe it now. From where we were yesterday you would not have believed we would be here today. For me this is a massive reward but for the mechanics and engineers, they really earned this victory. Not only for the pit stops and strategy today but for getting me out in Qualifying yesterday which enabled me to get in the fight for victory, they should be very, very proud. The problem in free practice wasn’t their fault but they did all the hard work and made today happen. At the start of the race I thought we could fight for a podium but I didn’t really expect a win; then after the safety car and when I could see the way the race was going I knew we had a chance. Once I had a sniff of victory I wasn’t going to let it go. The team made a very quick decision to stop both cars under the safety car and it was a winning decision. I have lots of emotions. On the in lap I was just smiling and I didn’t have many words, then on the podium I was nearly in tears and in the press conference I was just thinking about the whole race and also about last week; how disappointed this sport can make you feel but also how high it can make you feel. Now we can all go and celebrate tonight.”

Max Verstappen: “Not the result I wanted today, we missed a great opportunity for a double podium. I tried to pass Lewis on the outside but there were too many marbles and I went a bit wide, it was a shame as I was in a good position but ended up losing a position to Daniel. It was still an open race with the possibility to finish first and second but unfortunately I made some mistakes. Seb was struggling a bit on the tyres so I knew I had an opportunity, I tried to take him on the inside but locked the rears and ended up hitting him. I am disappointed with myself that this is the outcome of the race. The team executed everything perfectly today, we had a great strategy and the car was behaving well so it is a real shame. It isn’t going my way at the minute so I’ll go away and analyse this and hopefully come back stronger. A massive well done to the team on such a strong weekend and of course to Daniel on the race win.”

Valtteri Bottas: "This is disappointing; today doesn't feel like winning a podium but like losing a win. Coming home second is not what we aimed for after the beginning of the race and the successful undercut. The team did a really good job, the pit stop was absolutely perfect and came at the right moment. We lost the race under the safety car. When it came out, Sebastian and I were already past the pit entry, so we were a bit unlucky – the cars behind us could react, but we didn't have any choice. They could get fresh tyres, but I ended up doing nearly 40 laps on the Medium, so of course it was slower in the end. It's very close between Red Bull, Ferrari and us, so we need to make sure we keep developing our car. Nearly winning both last weekend and this weekend is the worst feeling – but it makes both me and the entire team even hungrier. Thankfully there are a lot more races to go."

Lewis Hamilton: "It was another difficult day at the office. I was trying to hold on, but my tyres were done, so I had no chance of keeping the Red Bulls behind. Saturday and Sunday felt like a disaster from my side. I just haven't had the pace since yesterday and I struggled with the car. We've been underperforming but I'm not going to let my head drop because I know we have a tough battle ahead of us. I need to get back to my normal level of performance before I lose more valuable points. It could have been worse, Max did me a favour today in terms of the points standings, but it's a weekend to forget, that's for sure. Now we need to work hard to understand why we have been struggling and start the climb back to the front of the field."

Kimi Raikkonen: "It was quite a painful race and not a very enjoyable one. At the start I had a good jump, but then I had to back off and this cost me a few places. After the pit stop the car was pretty fast and the feeling was good; at that point we were behind, but I could see the other cars at the end of the straight. The safety car helped us, at that time we had fresh tyres. I would say it took us back in the race. In the end I had a decent speed with the Mediums against the guys that were on the same tires, but getting close to them and try to follow was really tricky. For sure we were faster than Valtteri, but when you get close it becomes more difficult, you lose so much grip in the process and lose so much downforce, especially in this kind of circuit. I just couldn't get enough of a run on him. Today we take the third place, but obviously when you start from the first row it's far from ideal. We'll try to do better next time."

Sebastian Vettel: "I was lucky to end my race. After a collision like the one I had, I think we could have even stopped there. Obviously, the lucky thing is that the car was still working, even if the balance was gone. We lost the lead after the pit stop and that was not ideal. We were quite sure we would have come out in front, but we didn't. The timing of the Safety Car was bad for both me and Valtteri, because we had no chance to react. After that it was clear that Red Bull was faster and I think there was no point to resist much at the way Daniel approached from behind, and then the same happened with Max. I gave him some room just in case he had a bit of tyre lock-up, but then obviously he had a big one and that's why we crashed. I think he realized he was wrong. We were both lucky to continue but it was not necessary. However, I appreciated the fact he came to me straightway because that's the way to solve things like this, face to face. But obviously this is not the result we were looking for."