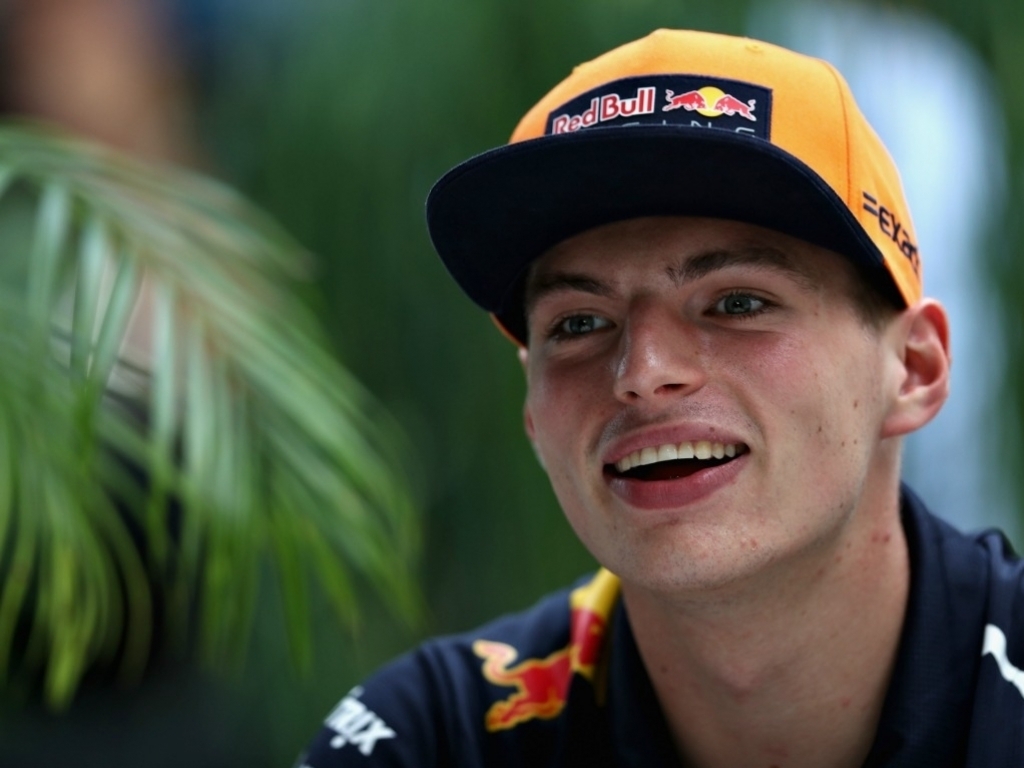 Max Verstappen: “It is amazing to win the race today. Straight away I could see our pace was good and that Lewis was struggling with traction. I just went for it and used all the battery power I could to get past him. I knew that Lewis was fighting for the championship and wouldn’t take too many risks, so I went for it. As soon as I passed Lewis I knew from there onwards I could control the race. The car was really good and our pace on the soft tyre was better than I expected. It was a very physical race and very warm in the car, plus I haven’t been feeling that well this weekend but we managed to bring it home. You can never predict how the rest of the season will go but we keep improving the car and it is looking positive. So hopefully from now onwards we can build on this for the rest of the year and then have a good start to next season. I didn’t expect yesterday that we would be so quick today and to win here was unexpected, so I’m very happy.”

Daniel Ricciardo: “I enjoyed the race today. At the beginning I had hoped I could finish second but then after the pit stop it was just about holding on to third as Seb was coming. I was always going to get my elbows out and make it as hard as I could but I was surprised that there was only one proper attack from him. Maybe he used all the tyres to get up to me and then after the attack I guess he had some problems. If I’m honest I would have liked a bit more of a fight until the closing stages just to have made it a little more exciting as the last few laps were kind of lonely. This double podium is a very positive result for us today. Obviously Max got the big one and drove well so congrats to him for the win; he drove strong all weekend. There were a few extra bits available for the cars here and I think we’re going to try that again in Suzuka; it looks positive for us at the high downforce circuits.”

Lewis Hamilton: “It was a much better weekend than we had anticipated after our Friday, considering the issues we did have with the car this is a good result. But still we have a lot of work to do with the car, some of the corners really magnified the issues we have. These next races are going to be crucial in terms of ironing out some of the creases we have with the car. I was having some problems with de-rates at the beginning of the race, so I was struggling with battery power. Valtteri seemed to struggle a lot more; I was able to pull a little bit more out of it. Naturally, I wanted to win the race, winning the races is still the goal. So even to be second is not that satisfying. Today was a step towards in trying to win the world championship and every point counts.”

Valtteri Bottas: “Today was difficult. I was trying everything I can, I was giving it all I had, but I was lacking pace and I was sliding around. The start was definitely the best part of the day. It was really good, I could actually attack a little bit and fight for positions. But not long after that I just started to drop down and couldn’t keep up with the others. In the first stint I had quite a lot of understeer, so I was struggling with the balance. The story of the race was managing the tyre temperatures. If I tried harder, then I started to overheat the tyre and slide even more, so I had to manage everything and that’s why I was so slow. We need to analyse the race because the upgrade package should have been quite a step forward in terms of downforce, but I couldn’t really see it. There are still a lot of things we need to try to understand, we need to learn from today. For Japan, we need to make sure we choose all the right bits for the car, and hopefully we will see some cooler temperatures.”

Sebastian Vettel: “I am still optimistic, because we know that we have a quick car. Of course it was a shame for Kimi who couldn’t take the start, and for me having to begin my race from the back of the grid. We tried to fight for the podium, pushed very hard, but in the end the tyres were starting to give up and we couldn’t be really there. However, it is promising to see the car is good, even if both Kimi and I hit trouble this weekend. I don’t know yet if the issue is the same on both cars, we’ll need to have a look. For sure it’s not ideal having one car out yesterday and another one today. So, there’s something we need to understand. It’s been a difficult weekend, but nevertheless the speed is there. So far we’ve had a pretty good record for this year regarding reliability. I am not that worried to be honest, but we need to get on top of the problem.”

Kimi Raikkonen: “We don’t know what happened today, it’s too early to say. The car had been working perfectly all weekend and suddenly, out of nothing, we had an issue. It’s one of those things that unfortunately can happen. Car and speed wise we have been very good, but then unfortunately Seb had problems yesterday and we had ours today. I’m pretty sure that I would have had a very good car today, but obviously you never know and it’s pointless to start guessing. We have a good package, but we have to take the most out of it. What happened today is very disappointing and hurts all of us, but there’s nothing we can change right now. The next race is a new challenge again, we’ll go there as in any race weekend, and then we’ll see where we are.”