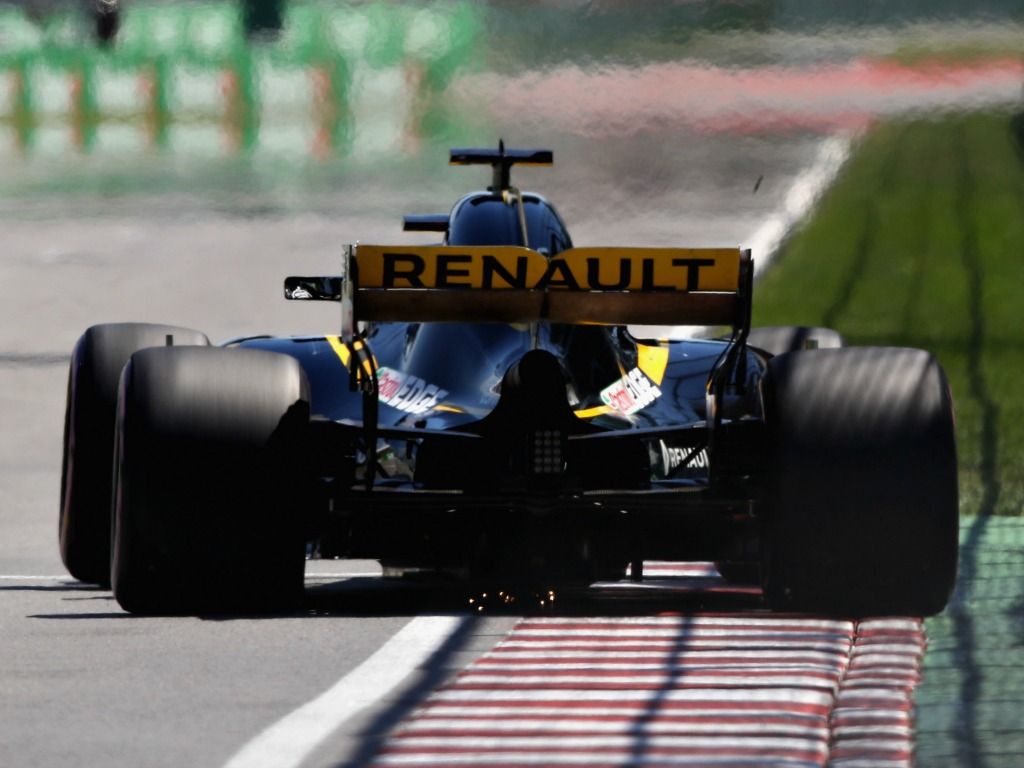 Double-points for finish for Renault and another very impressive display from Charles Leclerc in P10.

Nico Hulkenberg: “We executed the race well today and it was a good effort from everyone. Ten points in the Constructors’ Championship is positive for us and we’ve extended our lead in fourth ahead of our rivals. It was a close battle today, I lost a position at the start, but I managed to get the overcut on Ocon by going two laps longer, as he was holding me up a little bit on that first stint. From then, it was about managing the tyres, which was quite tough as degradation was kicking in towards the end.”

Carlos Sainz: “It was a good day for the team and ten points for the Constructors’ Championship. It’s another step forward and we had a good race pace compared to the rest of the midfield. We wanted to bring both cars home in the points and we’ll certainly enjoy the result even though it was a largely quiet race for us! The team did a solid job yesterday and again today to jump the Force India. We thought we were going to have a lot more degradation and in the end we came back with good tyre management.”

Esteban Ocon: “It’s good to pick up more points, but we had the potential to score even more today. I had a fantastic first lap and got ahead of Hulkenberg, which was the target, and I was running well in seventh place. Then we had a small issue at the pit stop, which cost us a couple of seconds, and it dropped me down behind both of the Renaults. From there I tried my best to fight back and I came close to catching Sainz in the final few laps, but it wasn’t possible to overtake, especially after he cut the track and gained some time on the final lap when I was about to overtake him. It’s a shame because the strategy should have worked really well. I will focus on the positives because it’s been a strong performance by the team this weekend. We can be satisfied with what we have done here. The pace has been competitive, but we need to keep pushing.”

Sergio Perez: “I am very disappointed to come away from this race with no points. The start was good, although I didn’t make up any places, but the restart after the Safety Car was even better and I managed to pass Carlos [Sainz]. I was very surprised when he hit me because I gave him more than enough room and I was ahead: that wasn’t good enough and that’s why I asked for a penalty on the radio. I was able to save the car [from crashing] but by then my race was compromised. We tried something different with the strategy – going for a two-stopper – but it wasn’t enough to get back in the points. Overtaking was impossible, with these cars you can’t follow another car and pass them unless you have a big advantage. It’s a shame because I feel we had the pace to be mixing with the Renaults and we should have scored some good points.”

Charles Leclerc: “It was a good race today. I am very happy with the result – it has now been four races that we have been doing a great job, and have been improving consistently. I am proud of the team and the work that everyone has done. It was exciting to discover this track in Montreal, and I enjoyed driving here very much. Now we have to take what we have learned here and look to continue on this positive path for the next couple of races.”

Marcus Ericsson: “It was quite a difficult race for me. In the first half of the race, I struggled behind other cars and lost quite a bit of time. The second half was decent; we did a good job getting the tyres to last until the end of the race, which is a positive. The result is disappointing, and we have to work on improving in qualifying, as that is where I still have room for improvement at the moment. I am confident that we will find a way to improve in that area, and look forward to the next races.”

Pierre Gasly: “Overall, I think it was a really good race for me. We managed to make up many positions after starting from the back row, but it’s always tough when you finish so close to the points! I was pretty close to Charles a couple of times, then I damaged my front tyres so in the end it became difficult to pass. The new power unit seems to work well… we overtook multiple cars on the straight, so it looks promising for the upcoming races. Honda worked very hard to bring the upgrade to Canada and they did a fantastic job! Now we need to put everything together and find some consistency, because the next race is my home Grand Prix in Le Castellet – I’m really excited to go racing there!”

Brendon Hartley: “I’m really disappointed for Toro Rosso and Honda, because we’ve been quite strong all weekend with a good update from the power unit. I think we definitely had the pace to challenge for points today. I had a good start, similar to the drivers around me, but I got left a bit on the outside of Turn 2 which lost me a position. I got a good run on Lance out of Turn 4 on the outside, but he lost the car which put us both into the wall. It’s very disappointing as there was room to make the overtake, and I was looking forward to a strong race. It’s a frustrating way to end the Canadian Grand Prix as I’ve been really happy with my performance all weekend. I was delayed getting back to the circuit because I was flown to the hospital for precautionary checks. However, I’m definitely fit, healthy, and ready for the next race.”