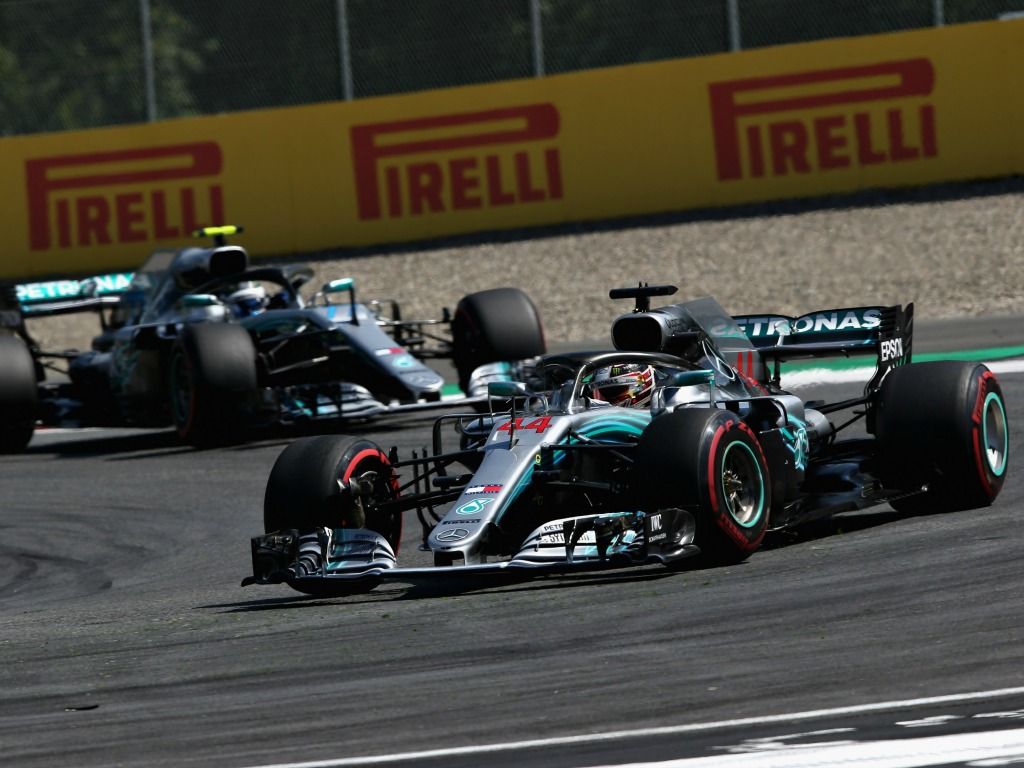 Mercedes had a double retirement, with Nico Hulkenberg’s Renault also breaking down. Carlos Sainz finished the race, as did both Williams cars.

“We had a lot of blistering on our tyres today and we need to investigate why. They degraded massively and a problem in the second pit stop didn’t help either. We missed out on big points unfortunately. We have another opportunity next weekend to bounce back and there will be a lot of preparation in the build-up this week. There is no reason why we shouldn’t be up in the top ten again so I am very positive for Silverstone.”

“Obviously it wasn’t a great afternoon for the team. I suffered a loss of power and then the car went up in smoke and that was the end of our day. Carlos struggled as well, maybe because of the hotter temperatures today, and that made tyres hard to keep under control with a lot of blistering. It was a tough and disappointing afternoon, so we just refocus on Silverstone to make amends in a few days’ time.”

“It was a very disappointing race. Straight away at the start I was doing so well, but every time I was on the inside and very close to the collisions. However, with traffic ahead I was always slowing down to not hit the cars in front. Instead of gaining the positions, I’m afraid I lost a bit. From then onwards, I was in clean air and everything looked ok and I was keeping a few cars behind me. We pitted early and tried to be quite aggressive and push hard straight away in the second stint, but, I ran out of tyres. So overall, a disappointing day.”

“I thought we could do better today. Looking where we were in qualifying, I hoped we could potentially fight with some of the other teams, but unfortunately today was kind of the same story but a different day. I had a decent start, gained some positions, but from there it was just survival and we were really slow to the end as we struggled with pace. We were struggling with tyres, temperatures and everything and couldn’t really do anything with our strategy today.”

“This is definitely the worst weekend that I can remember for a long time. Everyone in the team will be feeling pain today, but we’ve got to take out the positives of the weekend. The car has been great all weekend, we were quickest and we’ve had such great reliability for so many years. So as painful as it is, we have to take the rough with the smooth. I have every confidence in my team that we will be able to bounce back. We can’t throw away points, so we will have to find a bullet-proof method going forward. We will work on it and we will try to re-evaluate and come back stronger.”

“The luck I’m having this year feels like a bit of a bad joke at the moment. My start was not ideal; I had quite a bit of wheel spin and there was less grip than we expected, so I dropped a few places. Going into Turn 3, I could recover two places and was back in second place. After that the car felt strong, we were running well, but then I suddenly experienced a loss of hydraulic pressure. There was nothing I could have done to prevent the DNF. We need to investigate and find the cause of the issues we had today, but I’m sure we will recover from this result. I guess it was just not meant to be today – but one day it will be.”