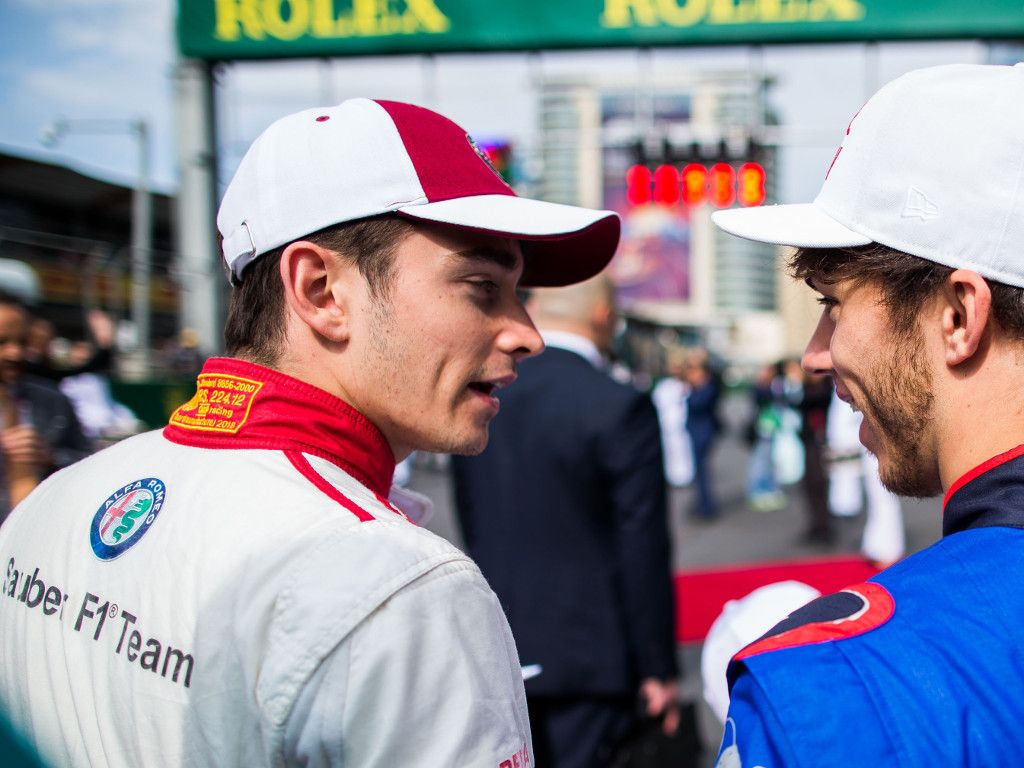 Rising star Charles Leclerc had another impressive outing in the Sauber with a second consecutive points finish.

Charles Leclerc: “It is a great feeling to finish in the points again. It was quite an interesting race, with tricky weather conditions making it challenging to drive, especially in terms of tyre management. We have made considerable progress since the beginning of the season, and the whole team is eager to continue working hard in this direction. It will be important to stay focussed – the next Grand Prix will be my home race in Monaco, and I am very excited to drive my first Formula 1 race there.”

Marcus Ericsson: “I was strong in the first half of the race with the medium tyres, then we were a bit unlucky with the virtual safety car coming right after our pit stop and that was really frustrating. In the second stint, I struggled more on the soft tyre. The result was a bit disappointing because we were in the fight and not too far off scoring points. Overall it was a good race, I had very good fights and defended well. The fact that Charles scored points is very positive for the team and from my side I need to bounce back in Monaco.”

Lance Stroll: “We scored no points but it was a good race.  I made a good start again with a lot of positions. Then it was just steady running and I did everything I could, but just missed out on points. After the safety car period it was tricky, as tyre warm up was hard and I suffered a little bit there, but all in all it was okay. The medium tyres were pretty easy to manage and I am really happy with the race we had. Eleventh is pretty much everything we could hope for today.”

Sergey Sirotkin: “It’s been a very tough day. I had a good start and I was right in the mix before I almost got caught by a couple of spins ahead of me. I needed to slow down to avoid them but once I was through, I was last. I managed to fight a bit with Toro Rosso and get ahead for a couple of laps. Today, it was the worst I have experienced throughout the whole race. I struggled a lot with my seating comfort which we are looking into.”

Pierre Gasly: “Starting from P12, we were two positions away from P10 so points were clearly the target. Unfortunately, we couldn’t achieve any, which is a shame. It’s only the fifth race of the season but it’s a missed opportunity. The crash with Romain at the start was a big mess, I saw some space on the inside with Nico and I tried to cut the corner as much as possible, but suddenly he came back completely towards us. It took both Nico and myself out. It seems like every weekend I have a peak of adrenaline with different incidents! Clearly it’s a big shame not to be able to fight with the others and get a good result. The impact was big but I am fine, I’m just disappointed to be out on lap 1, because you work all weekend for the race and the chance to fight for points, but the excitement ended pretty quickly. Now we just need to focus on the test next week.”

Brendon Hartley: “I had a clean start and made up a few positions on the first lap. The mechanics did an amazing job to get the car ready for today – it was actually finished last night – we just had to do the car setup this morning. We decided to pit under the first safety car and go straight on to the medium to effectively do a one-stop. It worked, but it meant we lost a lot a couple of positions in the beginning. It was difficult to overtake today, I think some of the cars around us had a bit more top speed which made life difficult. I had a good overtake on Marcus at the end to get 12th and if I had made the overtake a little bit earlier there would have been the chance for 11th as well, because the pace was definitely there at the end of the race.”