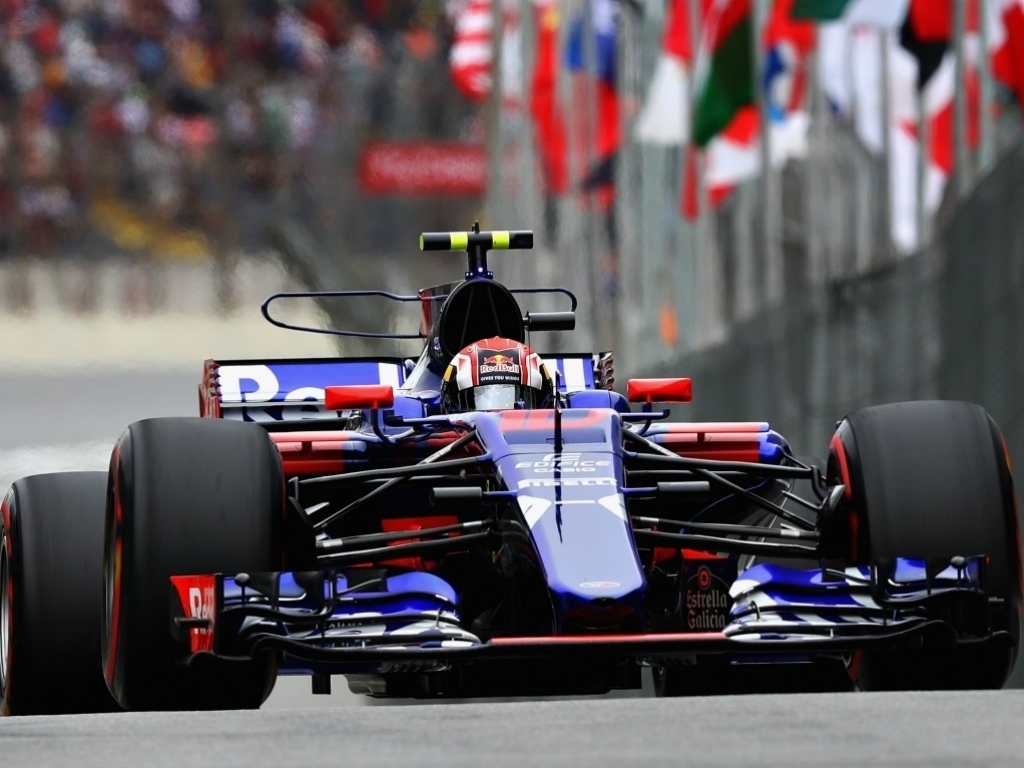 Pierre Gasly hailed his P12 finish in Brazil, but there were retirements for his team-mate Brendon Hartley and Haas' Kevin Magnussen.

Pierre Gasly: "I think it's definitely our best race and best performance since I arrived in Malaysia. It's true that we knew it would be a difficult race starting from P19 with the penalties, but I think in the end it was really positive coming back from 19th on the grid. We knew the start was the key, after watching races from the past few years, if we wanted to have a decent race, so I went on the outside into Turn 1, which worked out pretty well. I overtook maybe three cars at Turn 1 then one at Turn 2, then after all the mess in front of me I stayed flat out and just tried to avoid everyone! In terms of performance, we extracted everything we could. At the beginning of the first stint I was staying quite close to Carlos and then after that I picked up the pace, but we were quite limited with the tyre degradation. In the end I don't think we could have done much better than what we did today."

Brendon Hartley: "It's a shame that I had to retire, but I'm happy with the part of the race I competed in – I had a really good start and that was the first box ticked. I had to get around Stroll because he sort of stalled in front of me, but all the procedures that we've been working on were really good. During the first lap I lost a place to Pierre, which was a bit annoying, but after that I think I drove a pretty good race. I lost radio communication with my engineer for a long time, so that was tricky, especially during the Safety Car restart, trying to remember all the things I had to do! It took me about ten laps to get the radio plugged in again – it was quite difficult to find the hole! I think that we could've finished the race just behind Pierre if we hadn't suffered a high oil consumption… We knew that there was a problem early on in the race, as I had to start transferring oil – I didn't want to ask, but I had the feeling that we were not going to get to the end and we didn't. Hopefully we can have a better race next time out in Abu Dhabi and close the season on a high!"

Marcus Ericsson: “It was an entertaining race. The start was quite messy, but I managed to pick my way through, gaining a few positions. Unfortunately, I struggled with the balance of the car during the first stint on soft tyres. After changing to supersoft tyres, I felt good again, as the balance of the car and the grip conditions were back to normal. My second stint was good. It is unfortunate that I got stuck behind Lance (Stroll). It was difficult to overtake him. Still, in the second half of the race we could put in a good performance.”

Pascal Wehrlein: “It is a shame that we did not finish the race in better positions today. We have been making progress over the last weekends, and have been able to start competing in the lower midfield. Unfortunately, the circumstances did not allow for a better result for me today, as I struggled with my tyres, especially towards the end of the race. Regarding the overall pace, I am quite satisfied with the job I did and I hope to have better chances in Abu Dhabi.”

Romain Grosjean: "The only thing I can say about the opening lap is that I got massively hit in turn one. I believe I had a puncture on the rear left. I got to turn six and lost the car, and I think it was just the puncture. Getting a penalty on top of that – I'm not super happy with it. I want to see the footage. The positive from the race is that the last stint on the supersoft, the car felt amazing. Even though we had massive floor damage, it felt really good. We now need to understand why it felt so good and move on to Abu Dhabi."

Kevin Magnussen: "I really need to study the replay. From my side, we were three-wide through the corner. There was contact with (Stoffel) Vandoorne who then had contact with (Daniel) Ricciardo. I broke my front suspension, so it wasn't the best. If I'd realized earlier that Ricciardo was on the outside of Vandoorne, then perhaps I'd have given more room, but by the time I saw Ricciardo it was too late. I'd already carried the speed. It's tough and very frustrating when it happens, but that's racing."